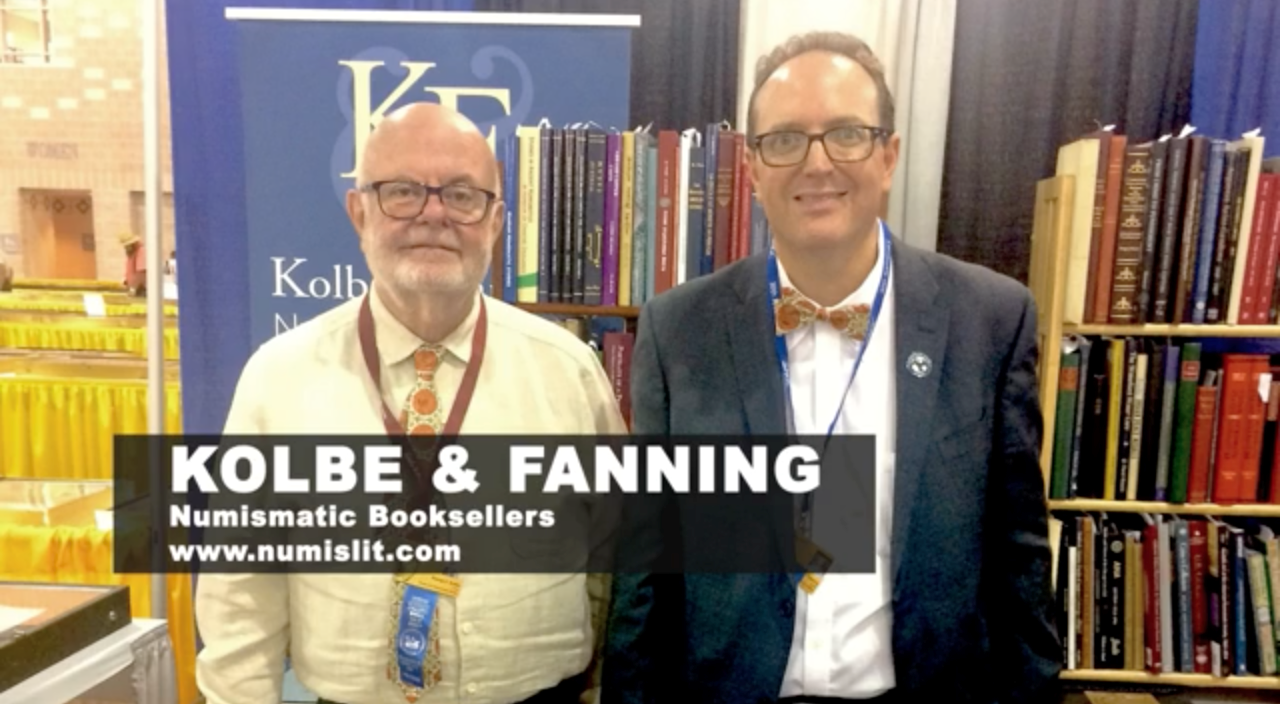 George Kolbe and David Fanning are perhaps the most dynamic of duos in the numismatic literary world, and they manned an expansive booth at the ANA World’s Fair of Money last month in Philadelphia.


George Kolbe and David Fanning are perhaps the most dynamic of duos in the numismatic literary world, and they manned an expansive booth at the ANA World’s Fair of Money last month in Philadelphia. Of course, we at CDN Publishing were there, too, and throughout the days of the event, I went out to interview several dealers and other numismatic luminaries at the ANA show.

I simply couldn’t pass up the opportunity to talk with Kolbe and Fanning, who I’ve talked with in the past and have learned much from through our conversations. I threw the mic over to them both for a lively chat about the cool items that turned up at their booth, some thoughts on the where the numismatic literature market is today (hint – looks like things are heating up in several genres!), and what a new literature collector can do to gain a foothold in the hobby of studying and purchasing vintage coin books and other related publications.

Just as I expected, Kolbe and Fanning informed and entertained with their market observations, hobby insight, and wisdom for new and seasoned collectors alike. The four-minute interview below is definitely worth checking out, especially if you want to hear what cool 19th-century books ventured into their booth at the show or what types of numismatic books are heating up right now in the marketplace!

Interested in collecting some vintage numismatic books? Be sure to check out the Kolbe & Fanning website or if you’re in the Columbus, Ohio, area be sure to stop by their store in the nearby suburb of Gahanna!