The numismatic community has learned of the passing of Dr. John W. McCloskey, a longtime president of the Liberty Seated Collectors Club (LSCC) and the editor of the Gobrecht Journal for 40 years. 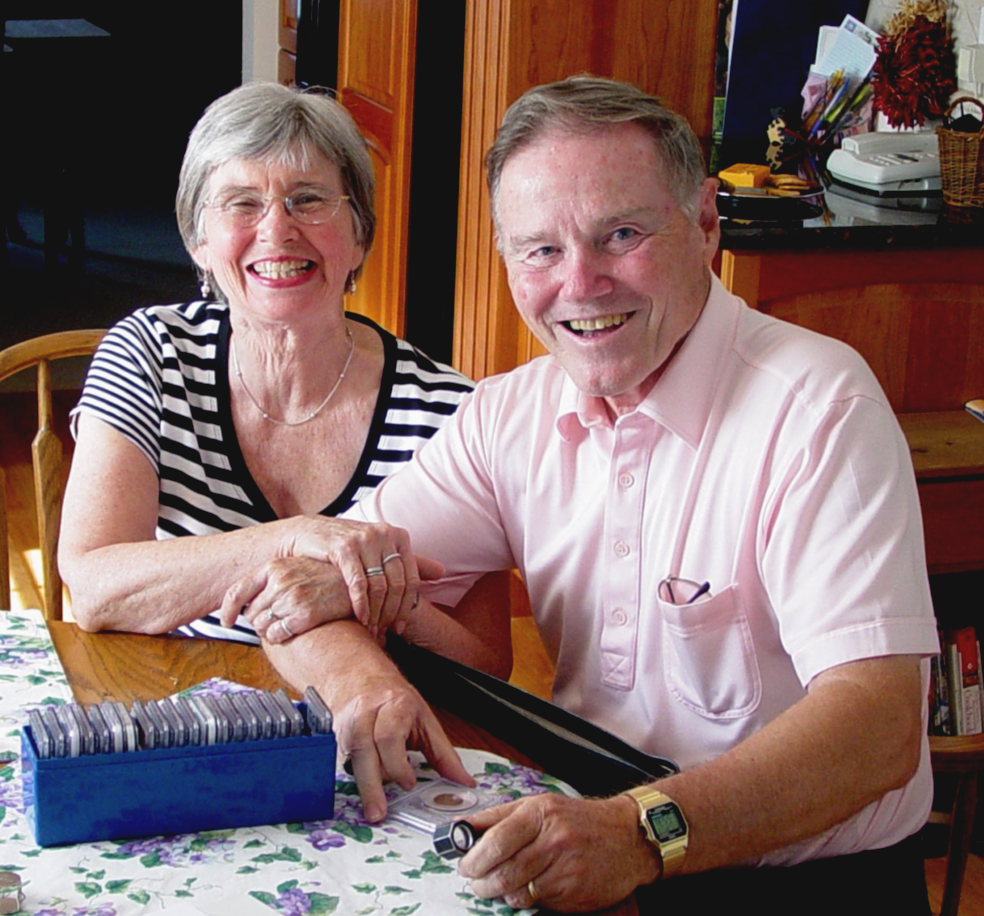 The numismatic community has learned of the passing of Dr. John W. McCloskey, a longtime president of the Liberty Seated Collectors Club (LSCC) and the editor of the Gobrecht Journal for 40 years. We at CDN Publishing offer our condolences to all who knew and loved John. LSCC publications editor and publisher Bill Bugert recently forwarded John McCloskey’s obituary, which appeared in the Dayton [Ohio] Daily News and is shared below…
~~~~
McCLOSKEY, John W. “Jack” PhD 80, passed away Saturday, December 15, 2018. He was preceded in death by his parents John H. and Helen McCloskey, a grandson and a niece. He is survived by his loving wife of 58 years Norma Jean (Monnin) and his four children Susan (Jim) Anderson, John T. (Marianne) McCloskey, Lisa (Todd) Johnson and Mark McCloskey, 8 grandchildren, and 2 brothers Tom and Ed McCloskey. He was a graduate of Chaminade High School Class of 1956 and the University of Dayton in 1960. Then in August 1960 he married his high school sweetheart Norma Jean and they started their new life together in East Lansing, Michigan where John earned his master’s and doctorate degrees in statistics from Michigan State in 1965. Then he and Norma and their daughter returned to the Dayton area to begin his teaching career at the University of Dayton and raise his children. He was professor and chairman of the math department and retired after 40 years of service. He was an author of several books and was an avid golfer, getting 7 holes in one. He and Norma made many road trips out west, visiting most of the national parks and hiking in the high country. John climbed thirty-two 14,000 foot peaks and Norma was able to climb 2 of them with him. They both enjoyed hiking and the mountains especially doing it together. The family would like to thank his caretakers at Bethany for all their help and support, especially his daughter-in-law Angie Kaufman. Viewing at Tobias Funeral Home Far Hills Chapel on Thursday December 27 from 4-7 pm and on Friday December 28 from 9:30-10:30 am at St. Charles Borromeo Catholic Church, with the Mass of Christian Burial at 10:30 am. Internment at Calvary Cemetery. Online condolences may be sent to www.tobiasfuneralhome.com.
~~~~
Additionally, John Frost of the LSCC said McCloskey was one of the first two inductees into the Hall of Fame in 2008, along with Kam Ahwash (nationally recognized expert on Liberty Seated coins until his death in 1983, and for whom the annual LSCC Literary Award is named). Frost also noted that McCloskey was a founding member of the LSCC and wrote more than 200 articles for The Gobrecht Journal. He was also a principal presenter at the 1986 and 1989 American Numismatic Society’s Coinage of America’s Conferences. His reference collections of all the Liberty Seated coin series was vast, and McCloskey devoted many hours to mentoring other collectors, being “directly responsible for advancing interest in the Liberty Seated coin series as well as growing the LSCC membership from a few dozen to over 600.”
|  Tags: market commentary, press release