AN APPRECIATION OF THE POGUE COLLECTION 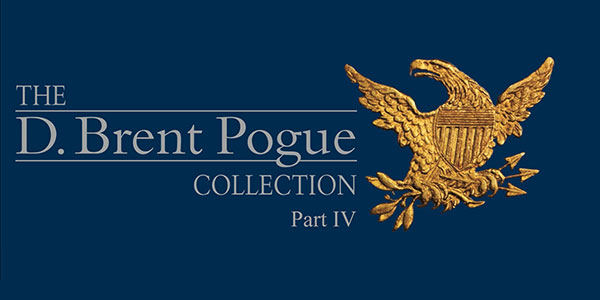 AN APPRECIATION OF THE POGUE COLLECTION

Adapted from the introduction to the Pogue IV catalogue from Stack's Bowers Galleries.

Just as history is always more intricate and intense as its being lived than it seems in retrospect, assembling a collection like the Pogue Collection is a more complex endeavor than a neatly organized auction catalog containing 63 superb coins may make it seem. While the coins acquired by D. Brent Pogue and his father Mack have filled four catalogues thus far, what’s not included perhaps defines the Pogue Collection as much as what is included. Nowhere on the catalogue pages is there evidence of the hundreds, perhaps thousands, of auction catalogues that were scanned and set aside after discovering they offered no coin important enough to add to the collection. The hours of phone conversations held with trusted advisors are unrecorded and unmentioned. Trips to dozens of coin shows across the United States, peering in cases and fielding offers from all comers, are not cited, nor are the years of experience required to discern true gems from fool’s gold. Much of the Pogue collection was formed before the era of certification, placing extra importance on the eyes and courage of the purchaser. The expertise and confidence needed to purchase coins in such an environment is implicit, even as the results of those processes are evident to all. 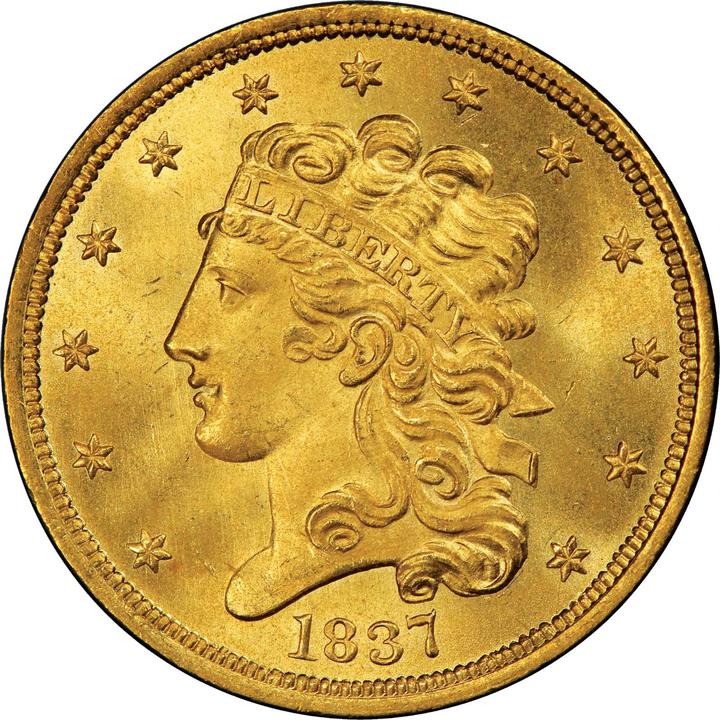 The Pogue collection was formed one coin at a time. While a few small groups were acquired en bloc, including the Lawrence Stack Type Set and the Foxfire Collection, most were added as they revealed themselves singly to the marketplace. Such an endeavor requires both patience and quick reflexes, the former enabling a collector to wait for the right coin, the latter allowing them to pounce when it becomes available. The spaces in between acquisitions were full of study, consuming books and catalogs, listening more than speaking when experts were around, and studying far more coins than will ever bear the Pogue provenance. Building a catalogue like the Pogue IV sale is not entirely unlike forming a collection. For every research reference that is cited, several more proved useful, and dozens of further sources were examined despite yielding little. Experts in every specialty allowed ready access to their knowledge and libraries, typically on a deadline and with nothing in return but gratitude. The brute labor of numismatic research is not a profitable endeavor, but people like Saul Teichman, Craig Sholley, John Dannreuther, P. Scott Rubin, and others harvested facts with a sharpened scythe for years in expectation of no greater return but the joy of discovery and the pleasure of their work proving useful. It has, and to these gentlemen and others, who opened their notebooks, libraries, and memories, I am grateful beyond words. Just as the work of coin buying became a little easier after the dawn of coin certification, so too has the work of numismatic research become less onerous in the age of digitization. Had the extraordinary riches of the Newman Numismatic Portal been available when the first three D. Brent Pogue catalogues were being written, they might each be a pound heavier. Only time limits the amount that can be discovered from the published works and unpublished archives made available by the NNP. Other institutions have also made these travails less trying, including the American Numismatic Society and the American Numismatic Association, whose searchable digital archive of The Numismatist makes membership one of the numismatic community’s greatest bargains.

With some sadness, the Pogue IV catalogue ends the presentation of the half dollars and half eagles of the D. Brent Pogue Collection. These denominations formed the heart and soul of the cabinet. The half eagles, in particular, are easy to assess as the finest such grouping ever assembled. Before this catalog, there was only one living numismatist who had ever catalogued an 1822 half eagle. It’s humbling to become the second name on the list. The silver dollars in the Pogue IV sale, though few in number, pack perhaps the greatest punch, coin-for-coin, of any selection of the series ever offered. The intricacy and intensity of the day-by-day production of the Pogue catalogues would not have been possible without the synergistic help of Stacks Bowers Galleries employees in three different offices, as well as the aid of my wife and family here in South Carolina. Late night texts from California to confirm a provenance, mid-afternoon assurances that the home front was under control, and early morning access to the vault on 57th Street are contributions that will never be described in the pages of a catalog, but they were nonetheless vital and appreciated.

The Pogue Collection was formed to be enjoyed by others, but also because of an individual’s love of numismatics. The catalogues were written the same way. I hope numismatists of this generation and ones to come enjoy them and find them useful.

Table 1. The 63 Lots to be sold in the fourth installment of the Pogue collection

John Kraljevich is the primary cataloger of the D. Brent Pogue Collection for Stacks-Bowers Galleries. The fourth installment of the Pogue Collection will be sold in conjunction with Sotheby’s on May 24 in New York City. Contact info@stacksbowers.com for more details about the sale. John Kraljevich is the owner of JK Americana and can be reached directly at jk@jkamericana.com.

John Kraljevich is a professional numismatist, distinguished research and writer. He is the owner of JK Americana and can be reached directly at jk@jkamericana.com.