New Discovery Of An 1854-S Half Eagle Making Headlines, Waves

The extremely rare 1854-S Liberty Head $5 half eagle is making headlines, and not because of a recent auction appearance or private sale. Rather, a new specimen of this 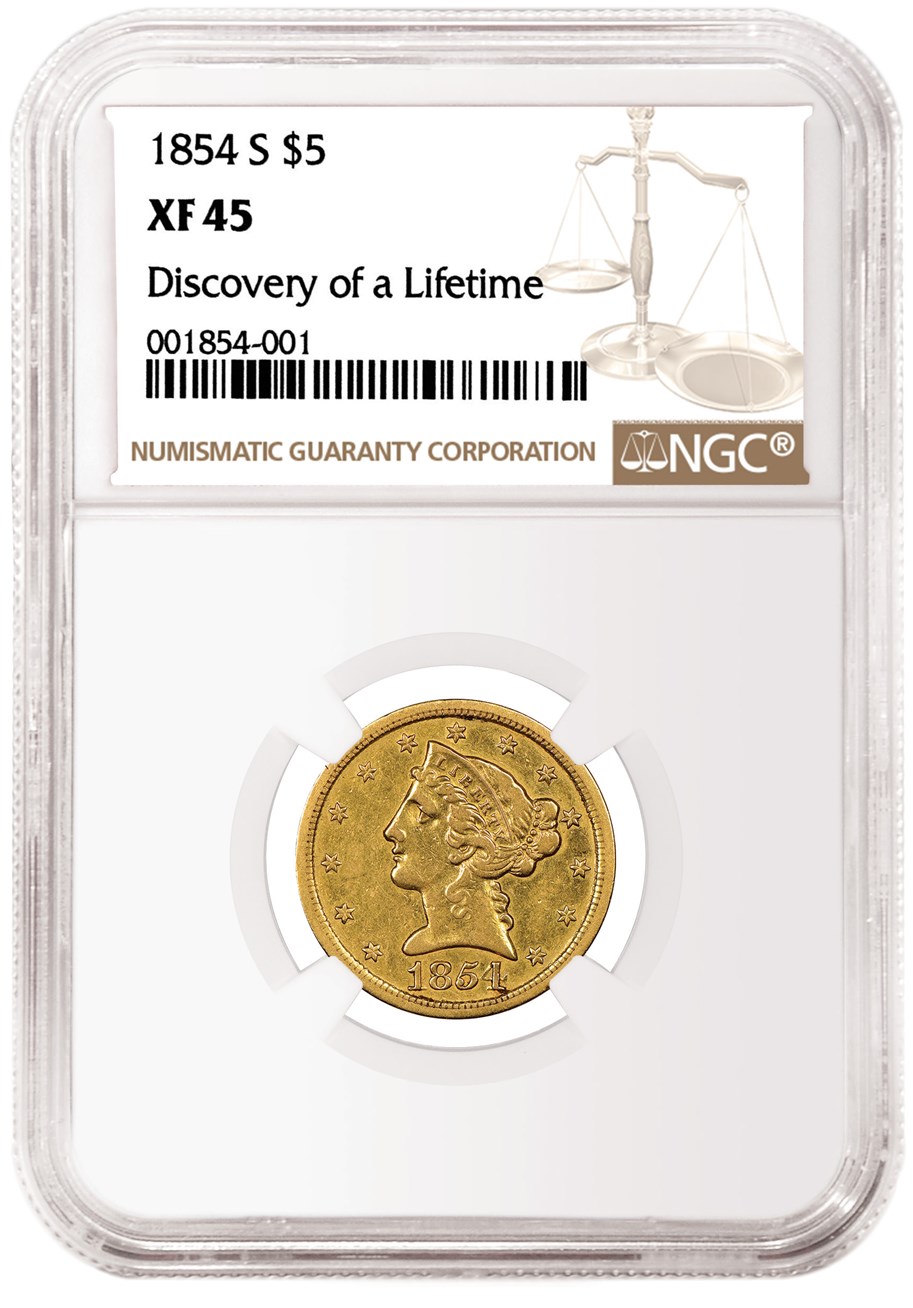 New Discovery Of An 1854-S Half Eagle Making Headlines, Waves

The extremely rare 1854-S Liberty Head $5 half eagle is making headlines, and not because of a recent auction appearance or private sale. Rather, a new specimen of this elusive gold coin has just surfaced – and the numismatic community is stunned. In a day and age where such discoveries of ultra rarities seemingly aren’t supposed to happen anymore, we learn about an anonymous New England man who has received confirmation that his 1854-S half eagle is authentic, following a parade of professional numismatists who told him his multi-million-dollar piece was merely a fake.

It’s a big deal for the numismatic community that this new 1854-S half eagle, graded a solid XF-45 by Numismatic Guaranty Corporation (NGC), has been authenticated. Only 268 were struck by the San Francisco Mint during its first year of operation amidst the great California Gold Rush. There is no confirmed reason why so few were minted. At any rate, until recently, only three specimens were known: one resides at the Smithsonian, another was owned by Louis Eliasberg and later the Pogue family, and a third was stolen in the 1960s from industrialist Willis DuPont from his home in Coconut Grove, Florida. While the unnamed man from New England will not disclose how he obtained this coin, experts confirm this 1854-S half eagle is not the still-missing DuPont specimen. This means there are now four known specimens of the 1854-S half eagle.

Even with the discovery of a fourth specimen, the 1854-S half eagle remains one of the rarest United States coins. By the numbers, it’s even scarcer than the 1804 Draped Bust dollar (with 15 known specimens), the 1787 Brasher Doubloon (seven known specimens), or the 1913 Liberty nickels (five known specimens) – all coins that are well known as rare treasures to both numismatists and even many in the general public. Yet the status of the 1854-S half eagle as an outstanding rarity is perhaps little understood outside of the coin collecting world and scarcely acknowledged even within many areas of the numismatic hobby.

This may now change given the attention that this coin, described on its NGC slab label as “The Discovery of a Lifetime,” is rightfully enjoying. Even more tantalizing is the mystery surrounding this 1854-S half eagle. There are plenty of unanswered questions so many folks have. How was this 1854-S half eagle found? When did it turn up? What’s this gold coin’s provenance? And, of course, perhaps the biggest question of them all: how much is the 1854-S half eagle worth?

While the first three questions will likely remain unanswered, we may soon get an answer for the fourth question. The owner is reportedly considering putting the coin up for consignment at public auction. When it crosses the block, it is all but certain to inspire seven-figure bids. Stay tuned…

Images and other content provided by NGC. Read their original press release here. 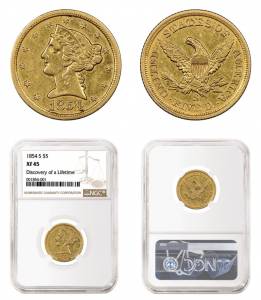