A coin certified by Numismatic Guaranty Corporation® and a note certified by Paper Money Guaranty® achieved the top results in the Stack’s Bowers Galleries coin and paper money auctions in Hong Kong, China held May 4-6, 2020. 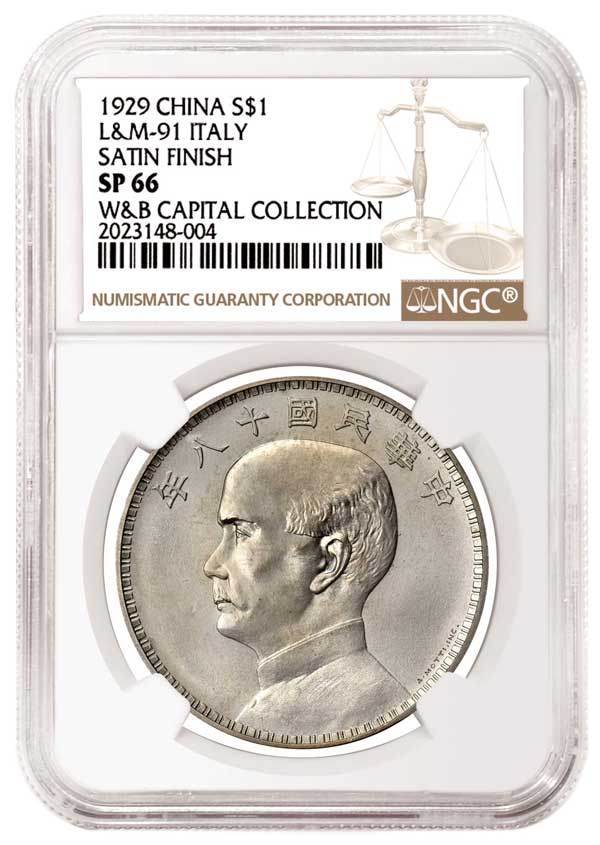 SARASOTA, Fla. (May 11, 2020) — A coin certified by Numismatic Guaranty Corporation® (NGC®) and a note certified by Paper Money Guaranty® (PMG®) achieved the top results in the Stack’s Bowers Galleries coin and paper money auctions in Hong Kong, China held May 4-6, 2020.

The top result in the coin auction was a China 1929 L&M-91 Italy Satin Finish Silver Dollar graded NGC SP 66 that realized $252,000 – more than double its pre-sale estimate. In 1929, Italy was one of five world mints that submitted pattern designs to the Chinese Ministry of Finance for their dollar coins. This coin features the first of two designs submitted by the Italian mint along with a rare satin finish. 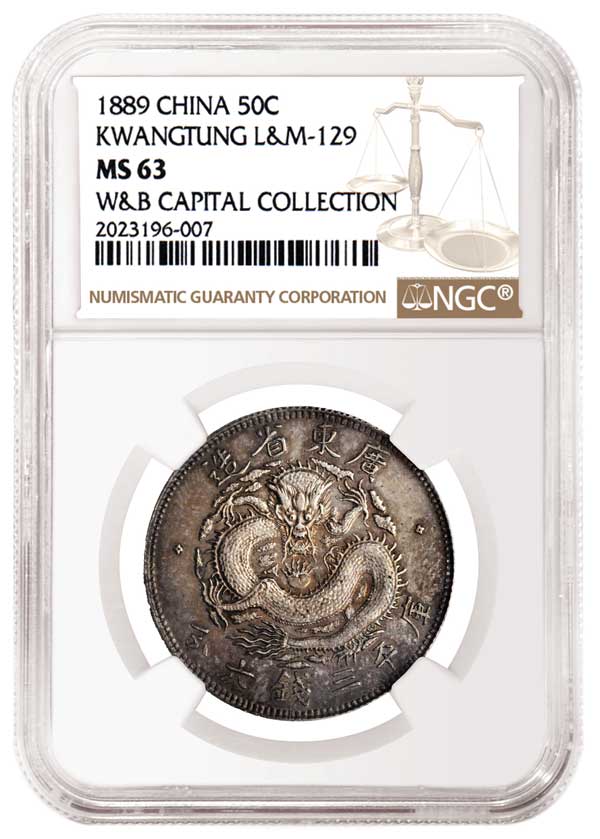 Another highlight was a China - Kwangtung 1889 Pattern 50 Cents graded NGC MS 63 that bested its pre-sale estimate with a $192,000 price realized. This desirable pattern issue was part of the second series of coins issued by the Kwangtung Mint. As the coins did not meet the weight standards of officials, they were removed from circulation and replaced with a third series of coins. Thus, coins from the second series are extremely rare.

Other NGC-certified coins that realized significant amounts include:

The top note in the world paper money sale was an extremely rare China (1910) Ta-Ching Government Bank 10 Dollars graded PMG 55 About Uncirculated EPQ that realized $60,000 – more than doubling its pre-auction estimated sales price. The PMG Population Report lists this note as the finest of the two examples certified by PMG.

Other PMG-certified notes that realized significant amounts include: 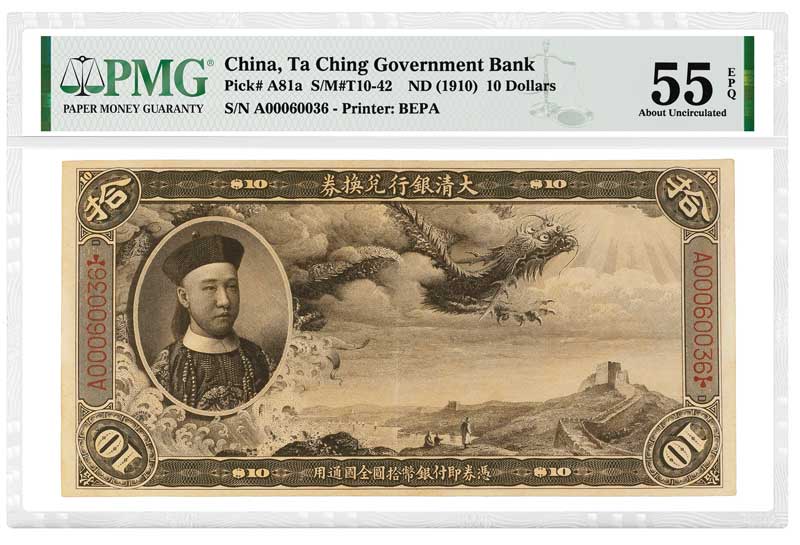 "We are incredibly pleased by the results of the NGC-certified coins and PMG-certified notes in our recent Hong Kong sale," says Brian Kendrella, President of Stack's Bowers. "Against a back drop of economic uncertainty and negative indicators, our auctions have seen extremely strong demand throughout the world, resulting in several new record prices being set and over $50 million of rare coins and paper money being sold since March."

Each NGC-certified coin and PMG-certified note is backed by a comprehensive guarantee of authenticity and grade, which gives bidders greater confidence whether buying in person or online.

All prices realized include a 20% buyer’s premium and are stated in US dollars.