SARASOTA, Fla. (August 8, 2019) — Numismatic Guaranty Corporation® (NGC®) has certified one of only six known examples of a Royal d’Or struck during the 1314-16 reign o 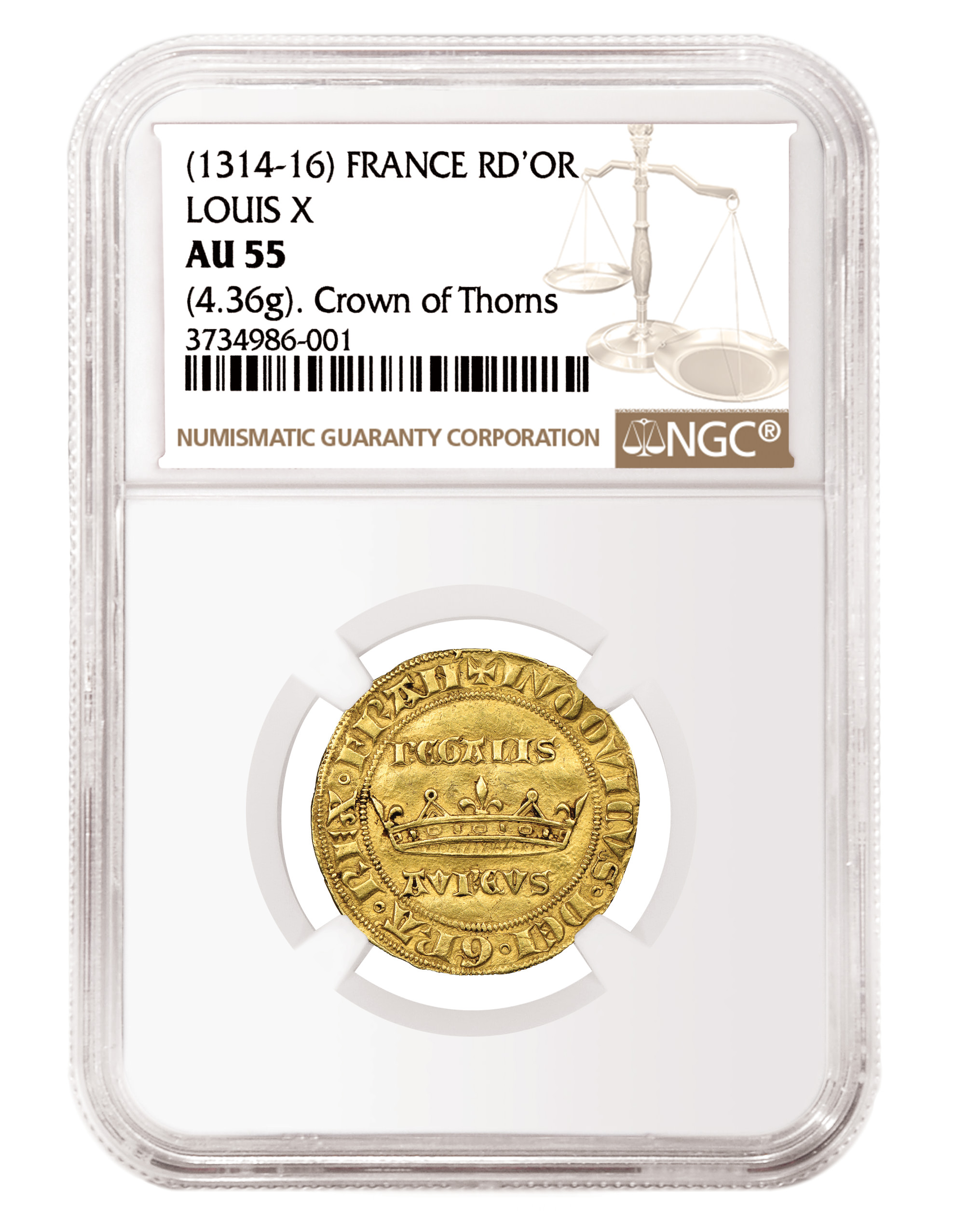 SARASOTA, Fla. (August 8, 2019) — Numismatic Guaranty Corporation® (NGC®) has certified one of only six known examples of a Royal d’Or struck during the 1314-16 reign of Louis X of France. The gold coin was graded NGC AU 55. 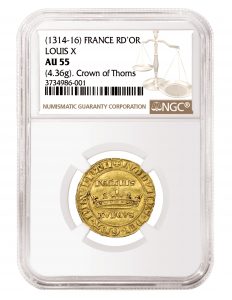 The six known examples were discovered in France in 1861 in the Treasure of Deauville and then sold to collectors. One was given to the Bibliotheque National de France in 1931. The only other example whose whereabouts are currently known is the one just graded by NGC.

These coins were issued during the brief rule of King Louis X in honor of his great-grandfather, King Louis IX, who is the only French king to have been canonized by the Catholic Church.

Louis IX, known as Saint Louis, was devoted to his faith and participated in crusades. He also is known for his acquisition, in 1239, of purported pieces of the True Cross and the Crown of Thorns.

Experts believe that is why Louis IX issued a gold coin with depictions of the St. Louis Crown on the obverse and the True Cross and Crown of Thorns on the reverse.

No examples of these Louis IX Royal d’Ors are known to exist today, but one is shown in a 1690 engraving included in a 24-page report published this year about the Louis X Royal d’Or. The publication was written by Francois Planet, curator of numismatic collections at the Museum of Fine Arts in Lyon, France.

The Louis d’Or issued by King Louis X looks very similar to what his great-grandfather coined. Numismatic researchers believe the Louis X coins imitated the designs of Louis IX’s in order to celebrate and lay claim to Louis IX’s reputation for saintly deeds. 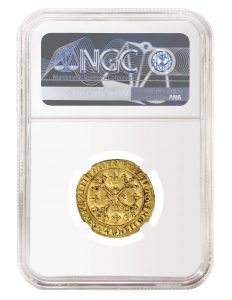 “Coins are living history, and this one offers fascinating insight into medieval France,” said Mark Salzberg, Chairman and Grading Finalizer. “Our expert graders were honored to certify this important rarity.”

Brad Rodgers, spokesman for Numismatic Emporium Inc., added: “From the moment we acquired this coin, we knew that NGC grading was the only way to go. They have a track record and depth of knowledge on world coins that is unmatched.”