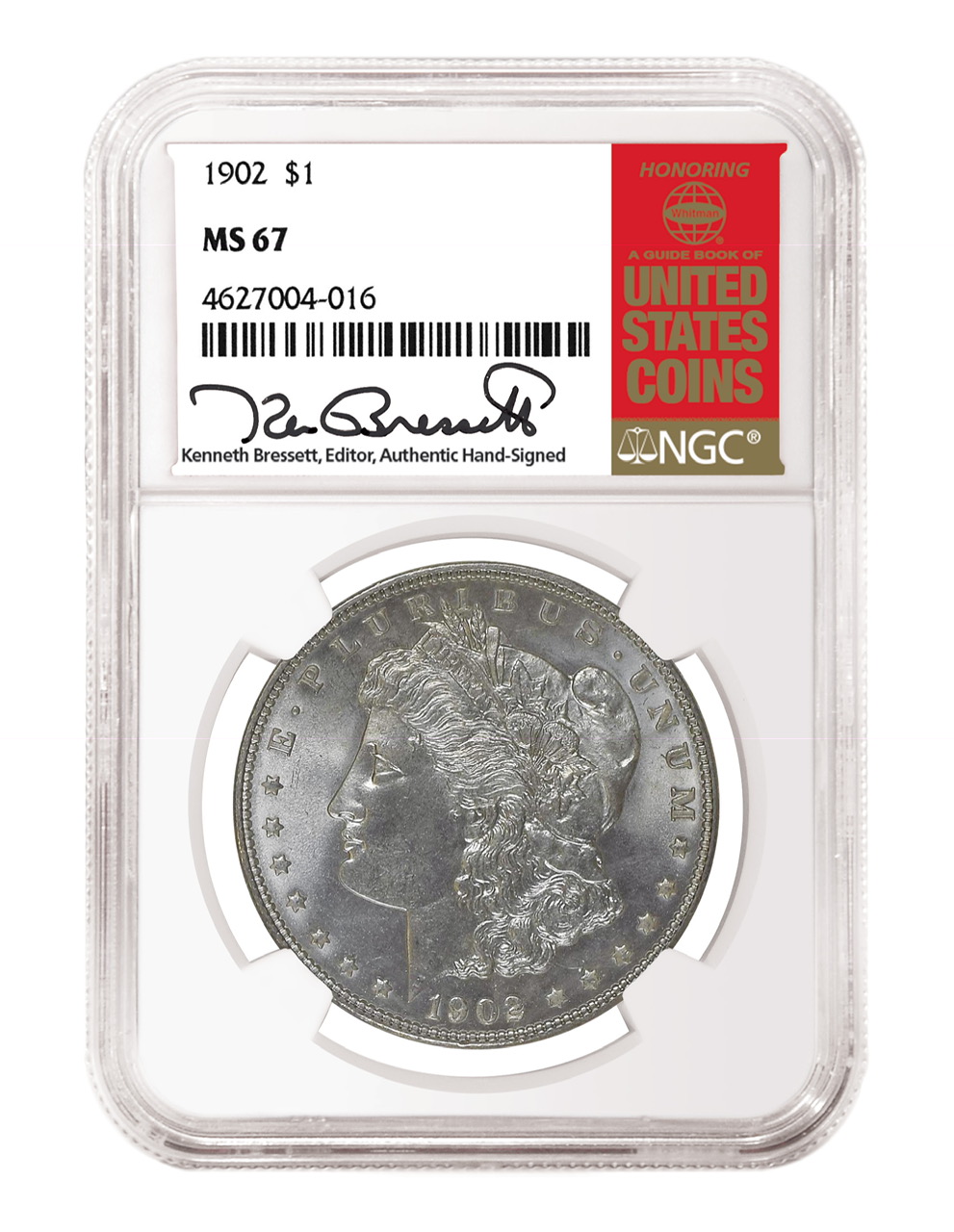 Kenneth Bressett is one of the best-known and most respected numismatists of all time. In 1962, he was appointed editor of A Guide Book of United States Coins, the world’s best-selling coin collecting guide. Popularly termed the “Red Book,” more than 24 million copies have been sold since the first edition was published in 1946.

NGC partnered with Whitman Publishing, LLC, publisher of the Red Book, to create NGC certification labels that feature the guide’s name and official logo. Select numbers of these labels have been hand-signed by Bressett to create a particularly special collectible.

Westminster Mint recently launched sales of NGC-certified Morgan dollars encapsulated with NGC Official Red Book labels hand-signed by Kenneth Bressett. The Morgan dollar is a favorite among collectors due to its history, beauty and, in higher grades, captivating cartwheel luster. The series ran from 1878 to 1904 and returned for an encore in 1921.

“When I learned that NGC had a limited number of Official Red Book labels that were individually hand-signed by Kenneth Bressett, the book’s editor for over 40 years, I immediately thought of Morgan silver dollars,” said Ian Clay, President of Westminster Mint, which has served coin collectors since 2001. “Morgan dollars are America’s favorite collectible coins. Who could better represent them than Kenneth Bressett, an icon of American numismatics?”

“Westminster Mint does a fantastic job of bringing new collectors into the hobby by offering attractive and desirable coins with interesting stories,” said Mark Salzberg, NGC chairman. “These NGC-certified Morgan dollars with Kenneth Bressett hand-signed labels are sure to appeal to new and advanced collectors alike.”

To learn more about the NGC-certified Morgan follars with Kenneth Bressett hand-signed labels available for sale through the Westminster Mint, visit www.coin-rare.com or call 800-301-3868.