Over $7.8 million in United States coins and Numismatic American was sold in the Stack’s Bowers Galleries June 2021 Showcase Auction, the first event hosted at the state-of-the-art auction studio in the firm’s Costa Mesa, California headquarters. 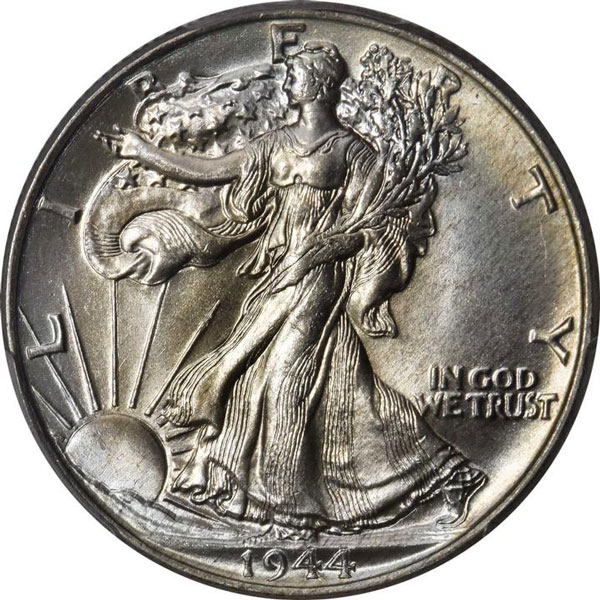 Costa Mesa, CA -- Over $7.8 million in United States coins and Numismatic American was sold in the Stack’s Bowers Galleries June 2021 Showcase Auction, the first event hosted at the state-of-the-art auction studio in the firm’s Costa Mesa, California headquarters. Streamed live in high-definition across a variety of platforms, including YouTube, the June Auction served as the latest demonstration of Stack’s Bowers Galleries’ industry-leading technology and their ability to garner exceptional prices in all categories of the Guide Book.

The June sale showcased remarkable quality across several important collections, led by the magnificent Lulu Collection, the #1 all-time finest PCGS Walking Liberty Short Set, 1941-1947. Thirteen of the 20 lots in the collection set new auction records for their respective issues, with many realizing multiples of the PCGS and CAC price guide values listed at the time of the sale. The 1943 MS-68+ (PCGS) CAC was the undisputed highlight of the collection, realizing $120,000 and establishing a new record for any date in the Short Set category. The 1944 MS-68 (PCGS) CAC set a record for the issue at $84,000, over twice the PCGS Price Guide value. With over $971,000 in total prices realized, Stack’s Bowers Galleries’ sale of the Lulu Collection now represents the single most important public offering of Short Set dates. An outstanding selection of duplicates from the Lulu Collection will be featured in the firm’s official auction of the ANA World’s Fair of Money in August.

A fresh offering of half cents through half dollars was presented in Part II of the Collection of Silas Stanley Roberts (1888-1966), which was assembled chiefly in the first half of the 20th century. Highlights from Part II included a MS-66 (PCGS) 1917-S Obverse Mintmark half dollar that realized $40,800 and a MS-64+ (PCGS) CAC 1921-D half dollar that sold for $27,600, further emphasizing a strength in this series.

The June sale also featured Part I of the Norman G. Peters Collection of Colonial Coins which was a half century in the making and touches upon virtually every pre-Federal type. Exceptional prices were realized by many lots, including a gorgeous bronze 1777 Franklin of Philadelphia medal that earned $20,400, a bold RR-26 1788 Vermont Copper that brought $10,800, and a Noe-7 1652 Oak Tree Shilling that sold for $9,000.

The Bimyway Collection comprised an impressive selection of silver dollars and Saint-Gaudens double eagles highlighted by an EF-45 (PCGS) 1797 Draped Bust dollar that brought $12,000 and a 1907 High Relief $20 graded AU-55 (PCGS) CAC that sold for $14,400. The firm also offered a selection from the James D. Brilliant Collection, a cabinet that Stack’s Bowers Galleries first handled in January 1992. While most recognized for early half dollars, the June offering also included desirable 19th century gold coinage as well as a famous “1776” Continental dollar that sold for $38,400 and an iconic 1796 Draped Bust quarter that brought $33,600.

Beyond these cabinets, the Stack’s Bowers June sale presented numerous individual rarities, including the Wolfson-Pogue 1820 BD-7 half eagle that brought the highest price of the auction at $192,000. A MS-64 (PCGS) 1801 eagle brought $102,000, a price matched by an AU-58 (PCGS) 1859-O $20. A spectacular 1853 silver three-cent piece earned an honorable mention at $38,400, over three times the PCGS Price Guide and over ten times CAC Price Guide at the time of the sale. This price also set a record for a Type I silver three-cent piece of any issue.

With a successful showcase of their new auction studio and over $7 million in prices realized in the June 2021 Auction, Stack’s Bowers Galleries is now looking ahead to their official auction for the ANA World’s Fair of Money in August. The August sale will feature every product category including World and Ancient coins and paper money, as well as such incredible United States coin rarities as the finest 1804 dollar, a newly discovered 1794 dollar, an original 1827/3 quarter, a Mint State 1796 Stars quarter eagle, and much more. To consign to the August Auction or for questions about the June Auction results, please contact Stack’s Bowers Galleries by telephone at 800-566-2580 or by email at Info@StacksBowers.com.