PMG-certified Rarities from the Mike Coltrane Collection Being Sold

Heritage Auctions is offering the Mike Coltrane Collection notes in two auctions in November: a signature sale on Nov. 4-5, 2020 and an auction focused on North Carolina currency on Nov. 29. 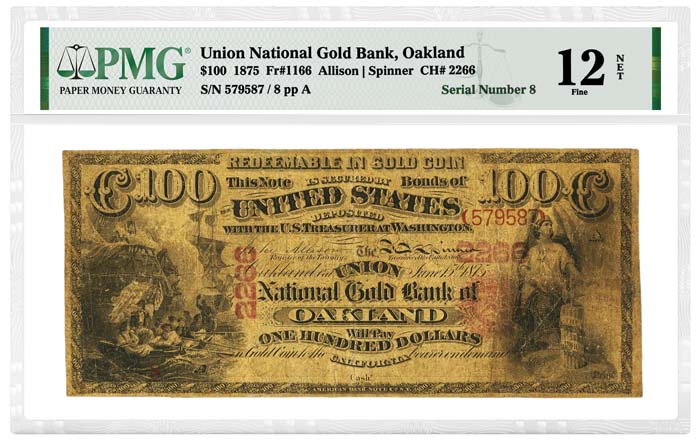 PMG-certified Rarities from the Mike Coltrane Collection Being Sold 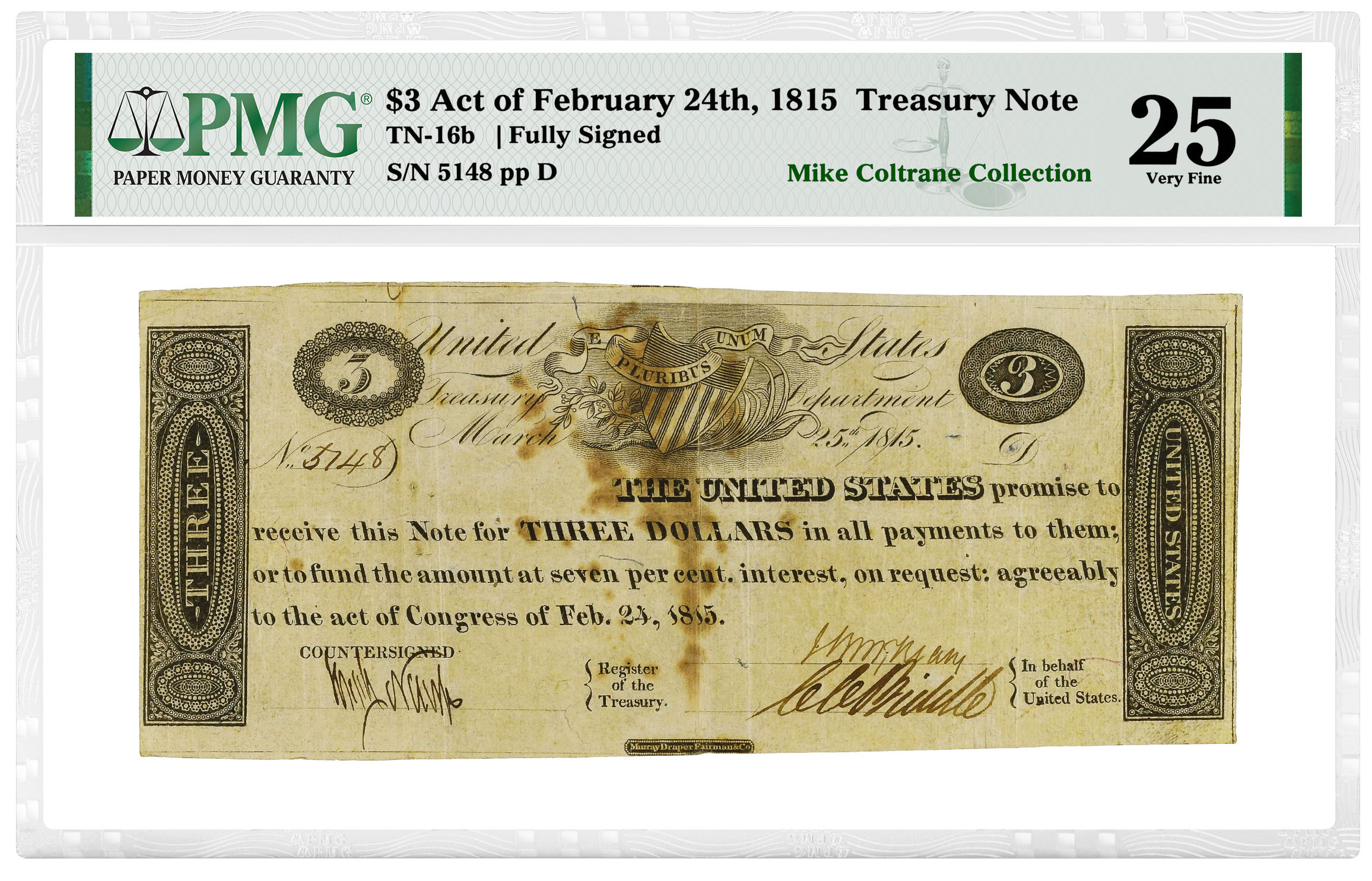 A unique, fully-issued and uncanceled 1815 $3 Treasury Note shares the honor for the note with the highest estimate in the first sale.

SARASOTA, Fla. (October 26, 2020) – Paper Money Guaranty® (PMG®) has certified hundreds of banknotes from the renowned Mike Coltrane Collection, which boasts some of the greatest rarities in American numismatics. Heritage Auctions is offering the Mike Coltrane Collection notes in two auctions in November: a signature sale on Nov. 4-5, 2020 and an auction focused on North Carolina currency on Nov. 29.

A unique piece of paper money, a fully issued and uncanceled 1815 $3 Treasury Note , shares the honor for the note with the highest estimate in the first sale. It is the only known example of the only $3 bill ever issued by the United States government. Graded PMG Very Fine 25, it has an estimate of $150,000 to $250,000.

This note was issued by the federal government for its debts accumulated during the War of 1812, which ended in early 1815. With its immense numismatic significance, this note is certain to attract intense interest from elite collectors.

The note was submitted to PMG through its CrossOver service since it was previously graded by another certification service. (To learn more about PMG CrossOver, click here .)

An 1863 $50 Interest Bearing Note graded PMG 30 Very Fine is also featured in the sale alongside other rarities from the Civil War, when a revolution in federal paper money set the stage for the system we have today. This particular note is one of just eight pieces known, and is tied with one other example for the status of finest certified. It has an estimate of $120,000 to $180,000.

"The Mike Coltrane Collection is a tribute to the immense range and amazing artistry that have characterized US paper money since Colonial times," said Mark Salzberg, PMG Chairman. "PMG is honored to have certified hundreds of rare notes from this monumental collection."

“The Coltrane Collection rarities, including the fantastic War of 1812 Treasury Notes, are a broad and complex group,” said Dustin Johnston, Director of US Currency at Heritage Auctions. “The PMG team was the obvious choice for third-party certification, which we expect will help this collection achieve its full potential.”

Other highlights of the Nov. 4-5 signature sale include:

PMG, NGC, NCS, CGC, CCS, ASG, CAG, CSG and CCG are the registered trademarks or unregistered trademarks of Numismatic Guaranty Corporation of America, and/or its related companies in the United States and/or other countries. All other names and marks referenced in this release are the trade names, trademarks, or service marks of their respective owners.