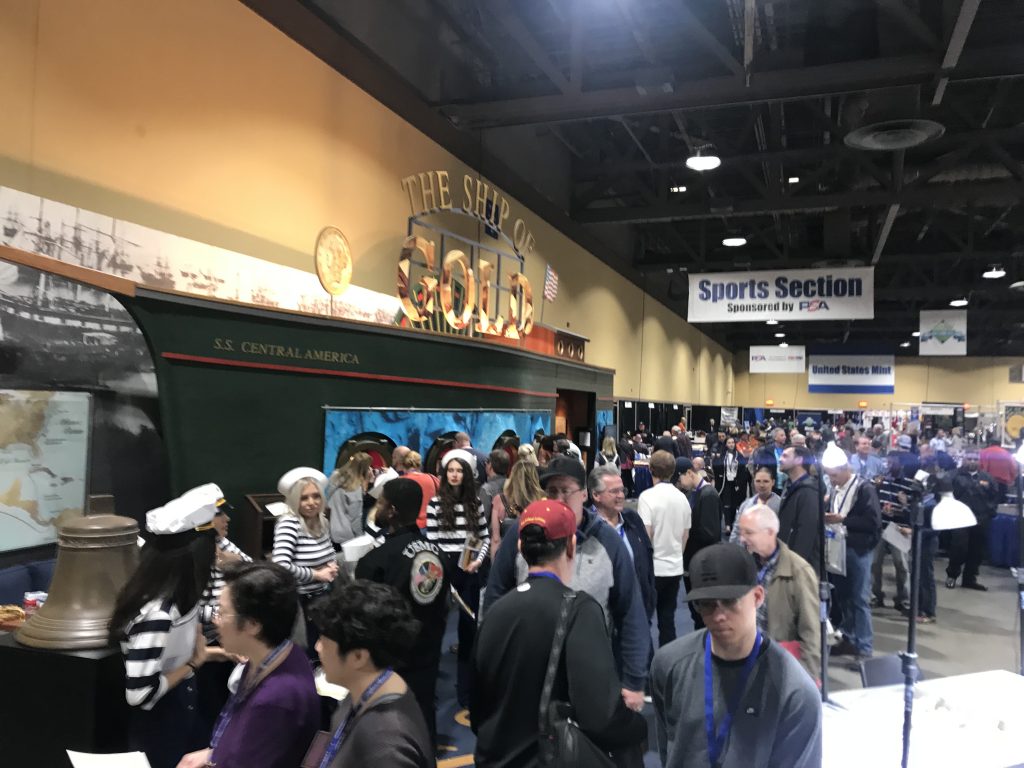 The exhibit of gold and silver coins, nuggets and California gold dust was housed in a 40-foot long re-creation of the hull of the legendary SS Central America that sank in 1857, and sponsored by California Gold Marketing Group, owner of the trove.

“Many members of the public told me they came to see a part of history, and many dealers told me that this was the coolest thing they’ve ever seen,” said East.

Los Angeles area television stations and TV networks covered the exhibit, and earlier there were stories by Associated Press and CBS This Morning about the treasure and the display. Crowds lined up to view the exhibit each morning when the Long Beach Expo doors opened to the public. 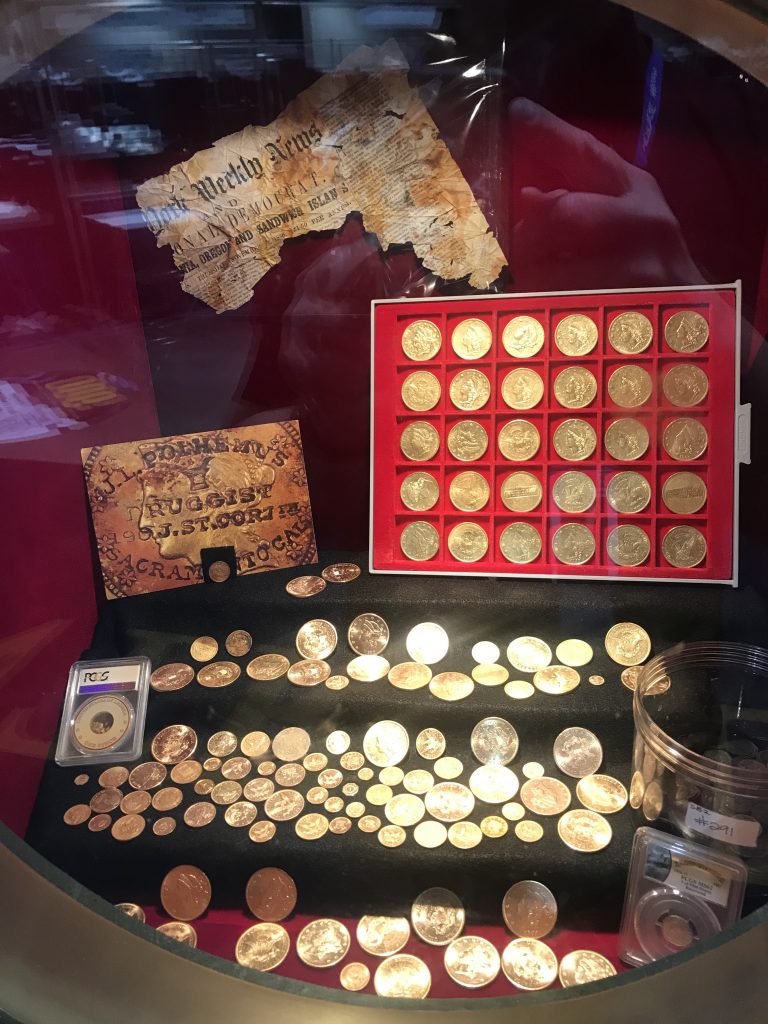 “We had visitors from across the United States and overseas.  One collector told me he came from London, England just to see the exhibit,” said Dwight Manley, managing partner of the California Gold Marketing Group.

This was the first public display of a portion of the historic gold and silver coins, gold ingots and gold dust recovered during the 2014 expedition to the Atlantic Ocean site where the Gold Rush-era cargo was lost at sea 161 years ago. The California Gold Marketing Group LLC acquired the treasure from Ira Owen Kane, Receiver for Recovery Limited Partnership and Columbus Exploration, LLC in a court-approved transaction this past November.

“The gold dust, mother lode quartz gold nuggets and other treasure have been in the original pokes since before Abraham Lincoln was president,” he said.

The ship sank 160 miles east of Cape Hatteras, North Carolina during a hurricane on September 12, 1857 while carrying tons of gold. There were 578 passengers and crew onboard, and 425 of them perished in the tragedy.

Bob Evans, the chief scientist and historian who has been on all three SS Central America recovery missions dating back to 1988, met with visitors during each day of the show and conducted two standing-room-only 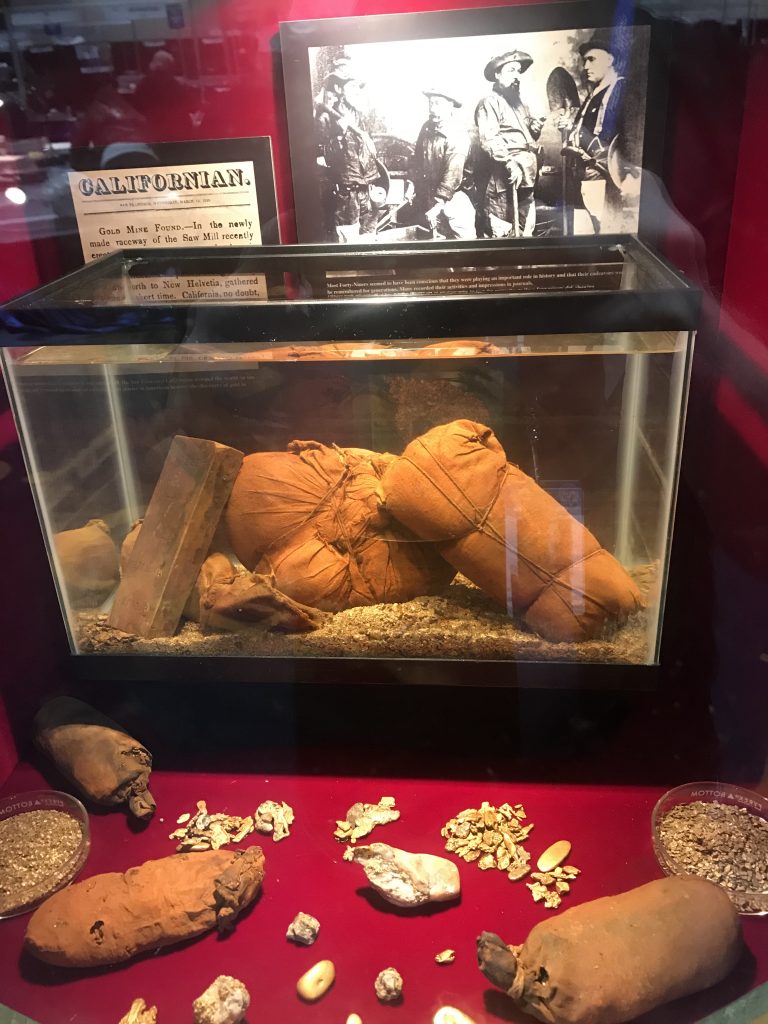 seminars about the treasure and its retrieval.

He created a prominent display at the Ship of Gold exhibit by stacking 35 of the 45 recently recovered assayers’ ingots, ranging in size from 7.54 to 319.22 Troy ounces. He dubbed the display “Goldhenge.”

Evans now is curating and cataloging more than 15,000 U.S. and world gold, silver, and copper coins. A portion of the hoard is currently being certified by Professional Coin Grading Service (www.PCGS.com). The first of the treasure items are expected to be made available in the marketplace by selected dealers in April.