More than 53.7 percent of total revenue comes via internet, a 26-percent surge over 2016 DALLAS, Texas—Online sales at  Heritage Auctions (HA.com) surged to an industry 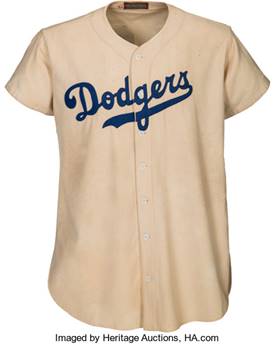 More than 53.7 percent of total revenue comes via internet, a 26-percent surge over 2016

DALLAS, Texas—Online sales at  Heritage Auctions (HA.com) surged to an industry-leading $438,298,484 in 2017, marking the first time more than half of the firm’s total annual sales were transacted through the internet. The total represents 53.7 percent of the firm’s $815 million in total sales.

The 2017 total marks the third straight year of record results for the firm, again ranking No. 1 in the auction industry as a whole. The total is a 26 percent increase over the previous record of $348,107,079 in 2016. The 2016 annual Hiscox Online Art Trade Report cited Heritage as surpassing all other auction houses in online sales.

Heritage continues to see clients routinely purchase six- and seven-figure works of art and collectibles through the internet and on HA.com,” said Jim Halperin, Co-Founder of Heritage Auctions. “Without exception, no other auction house in the world is doing this much business online.”

We are always seeking new ways to streamline the buyer-seller relationship,” Halperin said. “As a result, bidders are showing their confidence in digital to acquire some of the most valuable lots auctioned in 2017.”

Late last year, the firm surpassed 1 million online bidder members who use its platform to buy and sell fine art, jewelry, luxury real estate, fine wines, intellectual property and collectibles including rare coins, comic books and sports and entertainment memorabilia. The firm now adds new clients at a rate of about 5,000 a month.