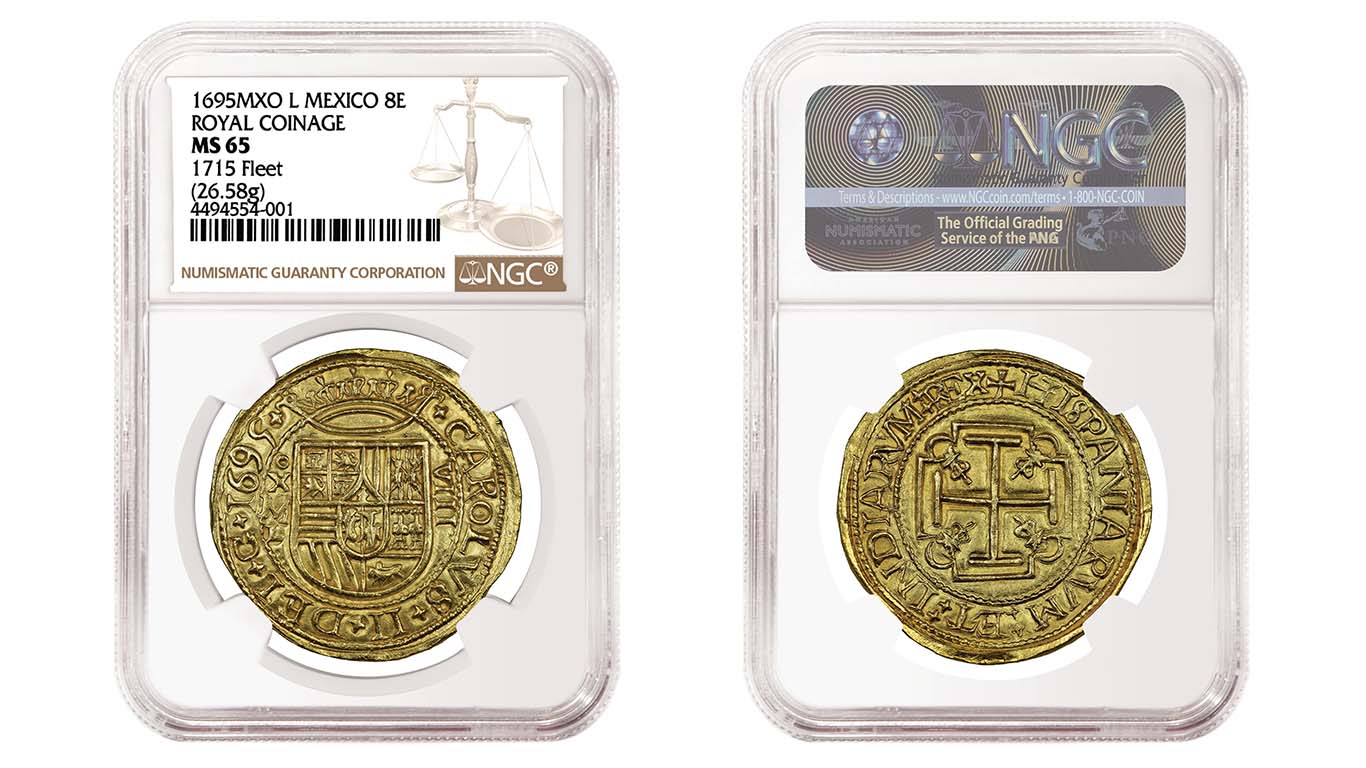 Only two examples of this issue are known. One is impounded in a Florida museum. The other, now graded NGC MS 65, was recovered several decades ago from the shipwreck of the famous 1715 Treasure Fleet, in which 11 of 12 Spanish ships carrying vast amounts of gold and silver coins were lost in a hurricane off the coast of Florida. The coin’s 1715 Treasure Fleet provenance is noted on the NGC certification label.

At the time, Mexico was a colony of the Spanish Empire. Before the 1730s, its coins and the coins of other Spanish colonies were typically irregularly shaped pieces of gold or silver known as “cobs.” They contained the correct weight and fineness, and were struck from dies, but little effort was made to keep their shape consistent.

A cob would have been unsuitable to show to a Spanish monarch, especially if that monarch was featured on the coin. The Spanish Colonial mints would therefore expend great effort to create a very limited number of round, exactingly struck coins for presentation to royalty. These rare specimens are known as “Royals,” and they are highly prized by numismatists for their beauty, rarity and connection to royalty.

“This is one of the most spectacular coins that NGC has ever graded,” NGC Vice President Ken Krah. “It is truly a coin fit for a king.”