Vintage US coins certified by Numismatic Guaranty Corporation® (NGC®) led the way in Heritage Auctions’ recent sale at the American Numismatic Association’s World’s Fair of Money this month in Denver. 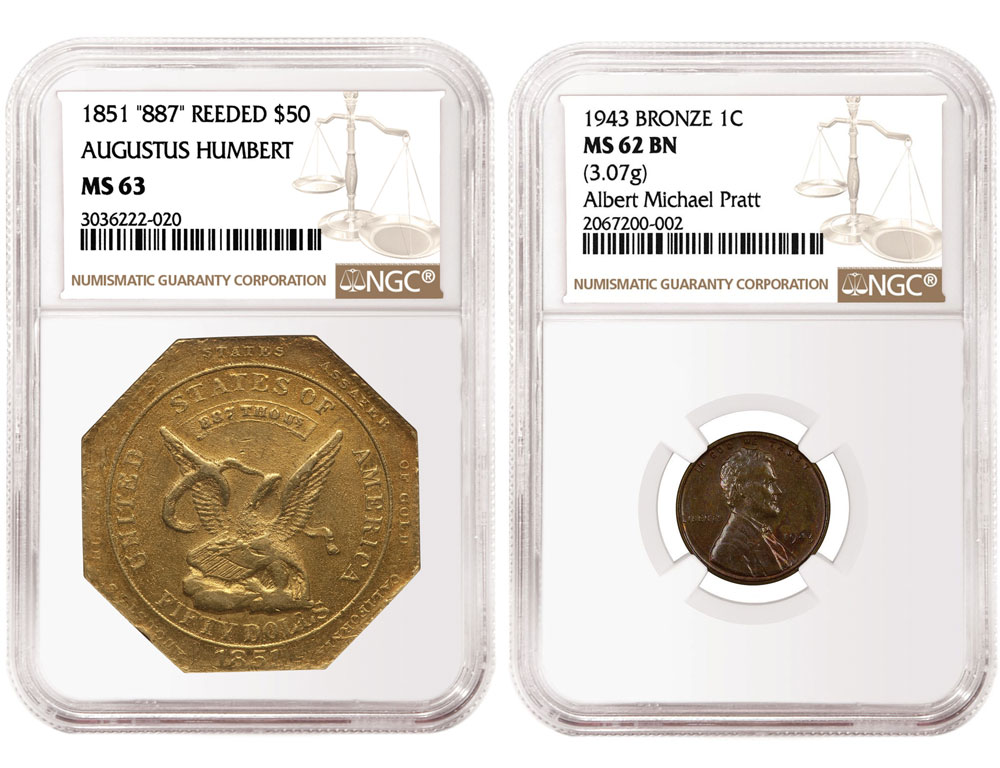 The top two coins in the auction were both recently submitted to NGC for certification. One was a 1943 bronze cent graded NGC MS 62 BN that sold for $282,000.

This newly discovered specimen is considered a numismatic treasure because it is one of only a handful of 1943 cents erroneously struck in bronze. All cents from that year were supposed to be struck in zinc-coated steel to conserve copper during World War II. Pedigreed to Albert Michael Pratt, a former US Mint employee, it is the second-finest 1943 bronze cent certified by NGC.

That coin was closely followed by an 1851 “887” Reeded Edge Augustus Humbert Gold $50, graded NGC MS 63, that realized $235,000. This large-sized gold coin was struck during the height of the California Gold Rush by Augustus Humbert, assayer at the United States Assay Office in San Francisco. Only a small number of these interesting pieces were struck in the short time before the US Assay Office was replaced by the San Francisco Mint in 1854.

Other top NGC-graded US coins in this auction included a trio that attained $164,500 apiece:

The auction results can be viewed at HA.com/1258.