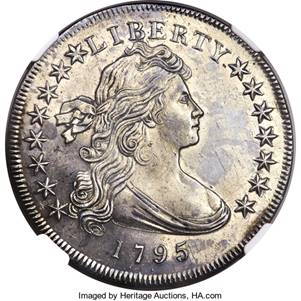 Standout presentation pieces include extraordinary 1795 Draped Bust Dollar, SP62 NGC  – a special example of this rather curious coin – and the finest-graded specimen of an 1861-S $20 Paquet, AU58+ NGC. The important one-year design subtype offers the rare opportunity to own one of the rarest of all San Francisco double eagles, of only about 200 pieces are known in all grades.

I think collectors will be surprised at the amount of unusual specimens offered this season,” said Greg Rohan, President of Heritage Auctions. “We have the pleasure of presenting private collections that, in some cases, are giving up their secrets for the first time.”

An 1838-O Reeded Edge Half Dollar, Branch Mint, PR63, PCGS. CAC – one of the finest of only nine surviving pieces known – appears courtesy of the Jenkins Family Collection. The classic early branch mint rarity is one of 20 examples documented to have been minted, which only maintains the coin’s mysterious origins. Steeped in American history, the coinage was extremely limited due to equipment malfunctions and extended closures during the yellow fever epidemic. Pre-auction bidding for the enigmatic issue had already pushed the price for the coin into the six figures.

Error collectors will certainly zero in on two 1943 Lincoln bronze cents, one a Philadelphia coin and the other from San Francisco. A 1943 CENT Struck on a Bronze Planchet, MS61 Brown NGC, is a legendary off-metal error produced outside the U.S. government’s switch from bronze cents to zinc-plated steel during WWII. A 1943-S 1C Struck on a Bronze Planchet, AU53 NGC is one of just six known examples traced to the mint as it remains among the best-known and most valuable issues in all of American numismatics.