PRESS RELEASE: What happened to the 30 pieces of silver? 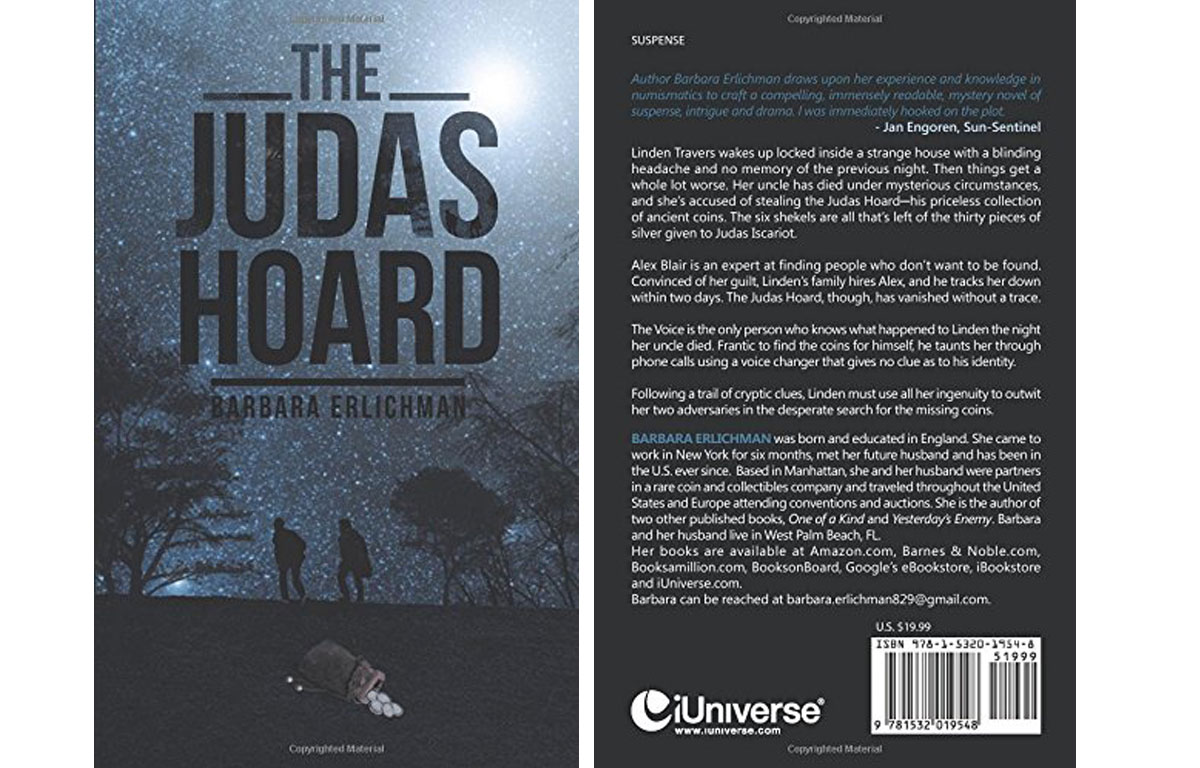 PRESS RELEASE: What happened to the 30 pieces of silver?

In The Judas Hoard, the latest novel by author Barbara Erlichman, a priceless collection of ancient coins disappears, an innocent woman is accused of theft, and the 30

In The Judas Hoard, the latest novel by author Barbara Erlichman, a priceless collection of ancient coins disappears, an innocent woman is accused of theft, and the 30 pieces of silver Judas received for betraying Jesus take center stage.

The idea for The Judas Hoard came to Erlichman when she heard that a woman had been hospitalized with no memory and no ID. Erlichman wondered how the woman had ended up in such a situation and if, maybe, she was guilty of stealing something. As Erlichman’s imagination caught fire, she decided that the “something” might even be rare coins. And what could be rarer than the 30 pieces of silver mentioned in the bible? Although Judas Iscariot’s purchase of the Field of Blood is well-documented, Erlichman asked herself, “What happened to the change?”

It was a challenge she couldn’t resist, and while the coins’ fate can never be proved, her scenario is very believable. The Judas Hoard is the story of the coins’ journey from biblical times to the 21st century. As the Hoard’s mystique grows, it becomes worth a fortune – and the highlight of anyone’s collection.

Now living in Florida, Erlichman is the author of two previously-published novels. One of a Kind, which is about the discovery and auction of a unique 1873-S silver dollar. In Yesterday’s Enemy, an American art historian agrees to inventory an art collection at a remote chateau in France but soon realizes that the job description was a lie.

The Judas Hoard is a compelling, immensely readable novel of suspense and intrigue.  It is available at Amazon and all on-line booksellers. Barbara can be reached through Facebook, LinkedIn or at barbara.erlichman829@gmail.com.