Pioneer gold specialist and auctioneer, Kagin's, has sold a truly historic, privately-struck gold coin minted in Georgia during their gold rush of the 1820's. The Georgia collector was not identified and wishes to remain anonymous at this time. 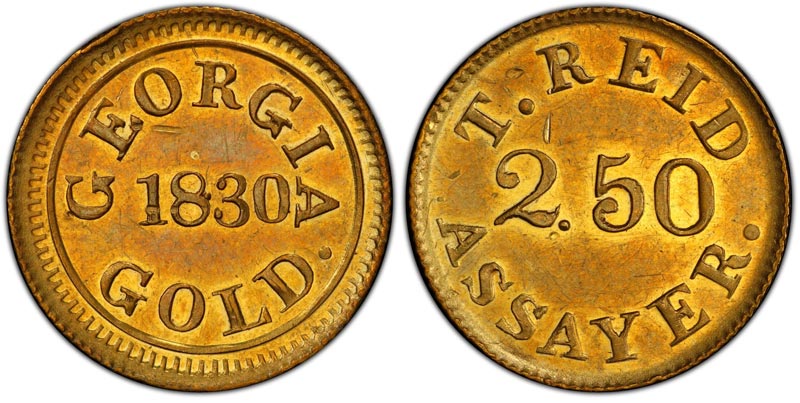 Historic coin is "coming back home" 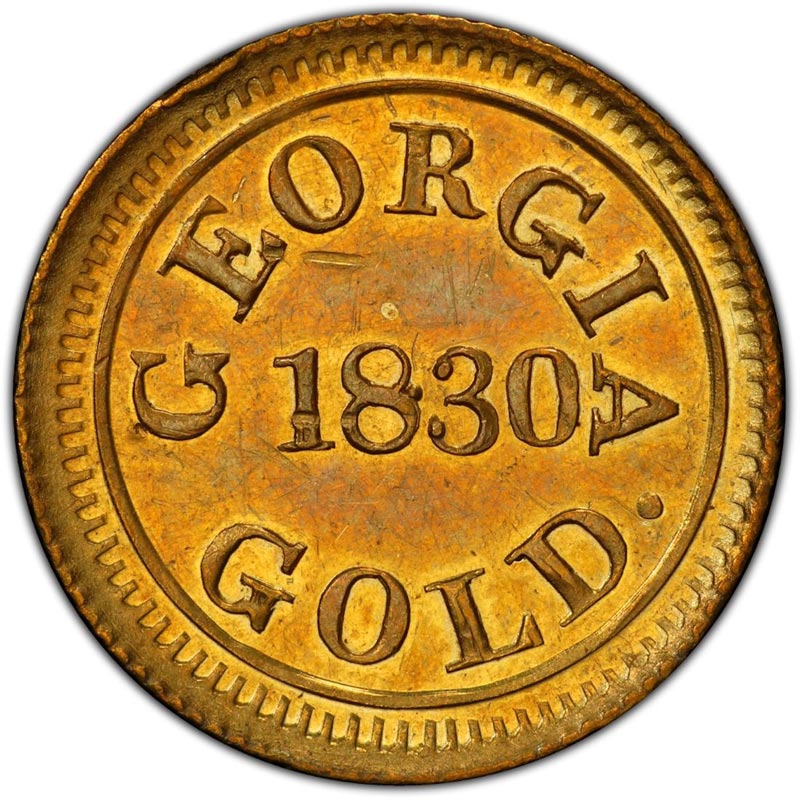 (Atlanta, Georgia) February 27, 2020 – A small gold coin with a face value of $2.50 when it was struck in northern Georgia in 1830 sold for a record price of $480,000 to an anonymous Georgia collector in an auction in Atlanta Thursday night, February 27, 2020. It is one of the finest known of less than two dozen surviving examples privately struck by Milledgeville, Georgia cotton gin mill manufacturer Templeton Reid during the state’s historic 19th-century gold rush.

"The Georgia and North Carolina gold rush period started in 1828, about two decades before the California Gold Rush, and this important gold piece was made in 1830 to help alleviate a coin shortage at the time in Georgia," explained Donald Kagin, Ph.D., president of Kagin's, Inc. (www.Kagins.com) of Tiburon, California, the auction house that sold the coin.

“Reid was a multi-talented entrepreneur, a cotton gin manufacturer, gunsmith, metallurgist and assayer who struck coins in denominations of $2.50, $5 and $10. These historic items were the first privately issued gold coins in the United States,” explained Kagin, author of the reference book, Private Gold Coins and Patterns of the United States. 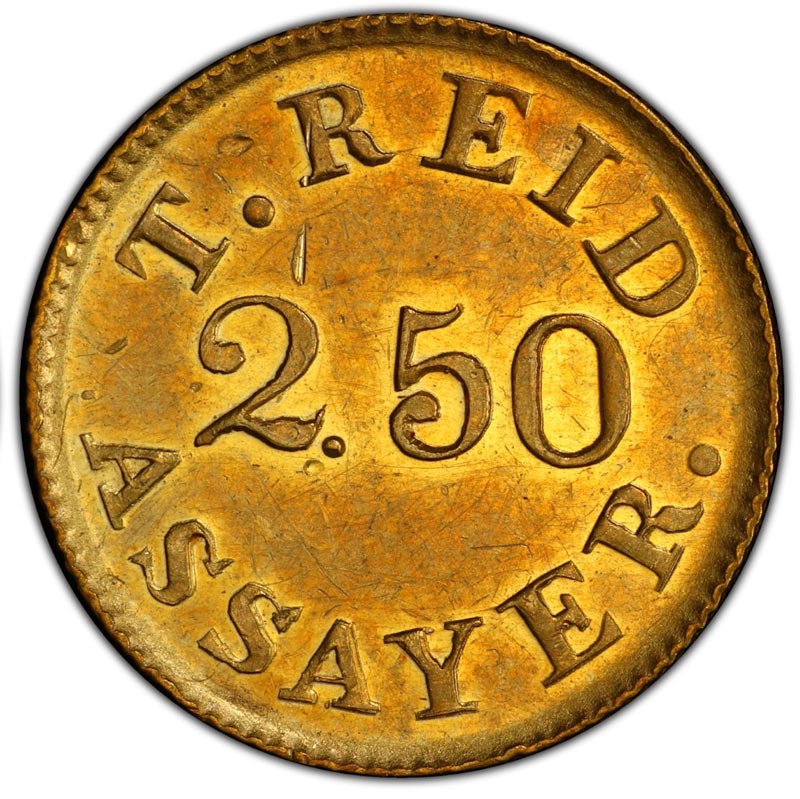 Only a little larger than a modern five-cent denomination coin, the Templeton Reid $2.50 gold piece was independently authenticated by experts at Professional Coin Grading Service ( www.PCGS.com) and certified Mint State 61 (on a 1 to 70 grading scale).

"It had been part of private coin collections the Midwest and on the West Coast for more than 50 years, but now this piece is coming back home to Georgia," said Kagin.

"Despite his inventiveness, Templeton Reid's gold coins eventually and unfortunately were shunned by the public when a critic falsely claimed they did not contain enough gold. He halted production just a few months after he began striking them," explained Kagin. "But today, they are national numismatic treasures."

The auction was conducted in conjunction with the American Numismatic Association 2020 National Money Show (www.NationalMoneyShow.com), February 27-29, in Atlanta.