All who participated agree, the virtual convention held by the Royal Canadian Numismatic Association (RCNA) from July 17 to July 24, 2021 was a resounding success. 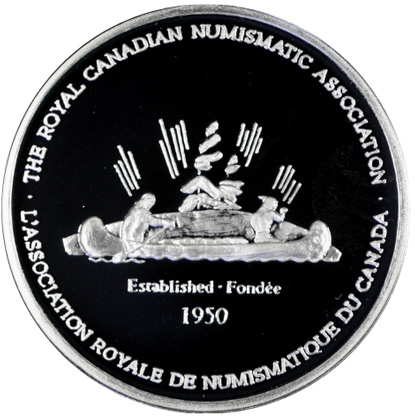 MARKHAM, Ontario, July 27, 2021 – All who participated agree, the virtual convention held by the Royal Canadian Numismatic Association (RCNA) from July 17 to July 24, 2021 was a resounding success.

The first weekend offered four symposiums on varied topics while there were two meetings of specialized clubs every day of the week.

“We had an average of 41 online participants per meeting,” said James Williston, the chair of this unprecedented convention,” not only from across Canada and the United States, but also from Ireland and Australia.”

“Camaraderie and fellowship are an essential part of our conventions,” said Bob Forbes, outgoing president of the RCNA, “Many convention-goers attend to see old friends, and these virtual meetings made that possible despite the restrictions on in-person gatherings due to the pandemic.”

Indeed, not everyone can travel to the annual convention, especially if it is being held on the opposite side of the country.

“The popularity of the virtual meetings has opened our eyes to possibilities,” said Steve Woodland, incoming RCNA president, “we are already considering having a hybrid structure of virtual and in-person presence for all our meetings in the future.”