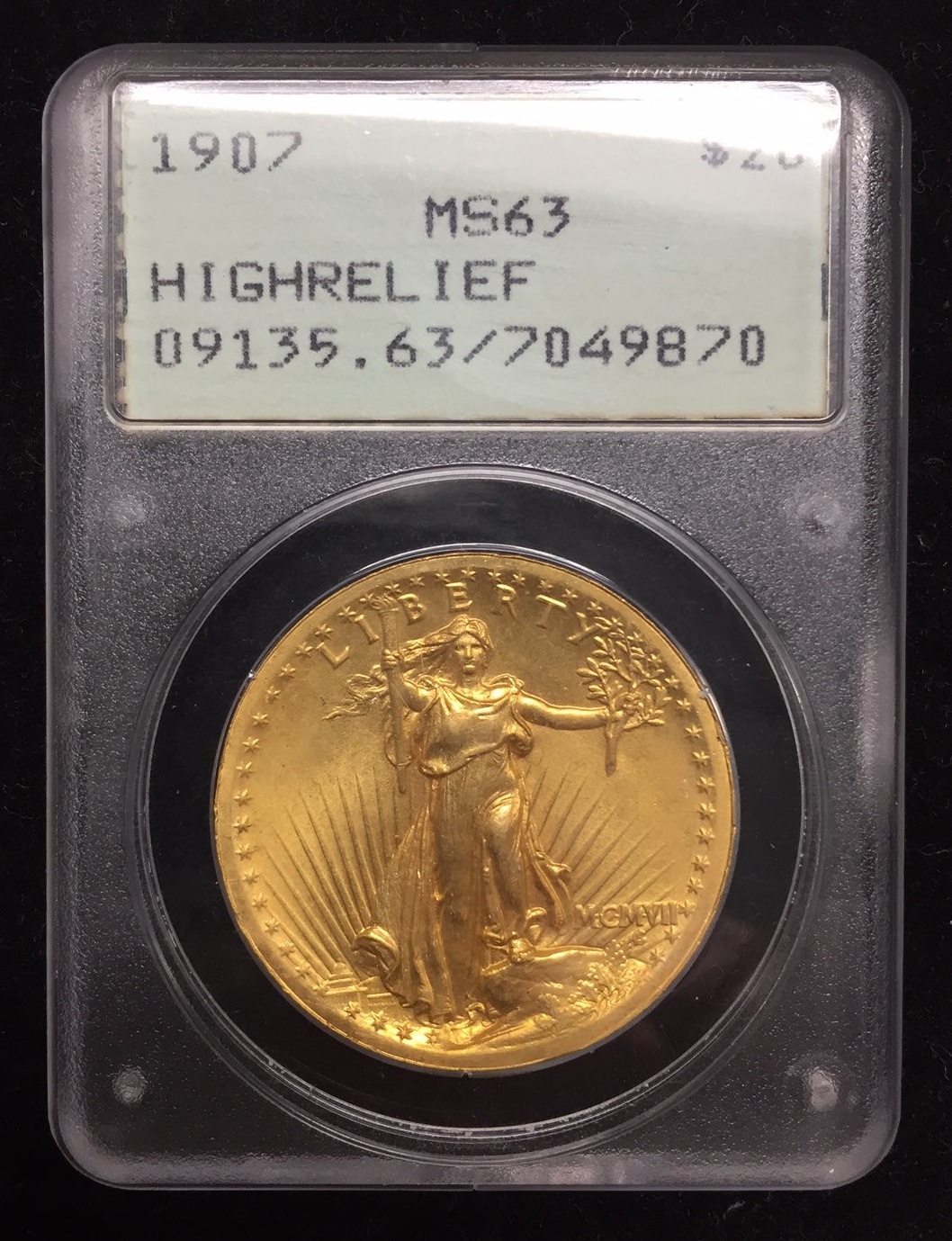 A 1907 Saint-Gaudens High-Relief $20 double eagle grading MS63 in a Professional Coin Grading Service (PCGS) old “rattler” holder caught the attention of coin dealers on Facebook when the rarity was listed on the social networking site by Alii Coins & Currency, a firm based in Kaneohe, Hawaii.

The coin comes with a story. “We bought this coin Thursday [April 5] from an heir whose parents had put this away a long time ago… Fresh to market!” writes Vince Vento, owner of Alii Coins & Currency. He continues, “in my humble opinion this coin should either be sent to CAC [Certified Acceptance Corporation] or resubmitted for an upgrade. Very conservatively graded.” The coin was listed with a starting bid of $20,500 on Friday, April 6, and within hours had bids climbing $25,000. When bidding had wrapped up at 6 PM Pacific Standard Time on Tuesday, April 10, the coin realized a final price of $29,500.

A 1907 High-Relief Saint-Gaudens $20 double eagle in mid-range uncirculated grades will usually lure lively bidding regardless of its slab or provenance. However, the fact this coin is sealed in an older PCGS slab and was held for many years by a single family improves the overall desirability of this piece. According to Vento, a colleague bought the Saint-Gaudens, which was accompanied by a “quite common” coin.

“When I saw [the Saint], I thought ‘this looks extraordinary for the grade!’ I gave serious thought to doing a regrade, but felt that the best course of action would be to offer it to my colleagues (who would no doubt be doing that themselves),” says Vento, who offered the coin for sale on Coin Dealers Helping Coin Dealers, a Facebook group founded by coin dealer Rob Oberth, owner of Oberth Rare Coins & Currency.

Vento comments about the 1907 Saint, “they got a great coin here!” He continues, “I should also add my great appreciation to Rob Oberth, who has put together such an awesome website where dealers can interact freely!”