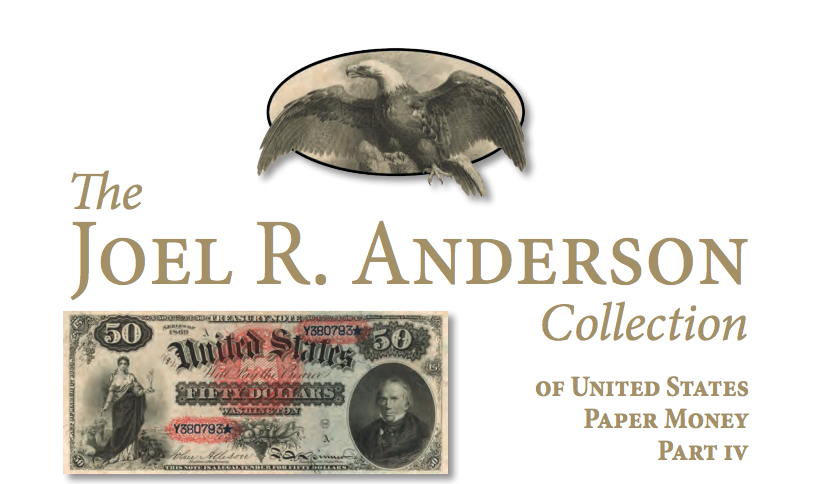 The Stack’s Bowers Galleries February 28 offering of Part IV of the Joel R. Anderson Collection of United States Paper Money in Baltimore, achieved nearly $8 million. Online bidders competed with those in the room for 54 lots in this final offering, bringing the total prices realized for the Joel R. Anderson Collection to $34,126,980, and making it the most valuable United States paper money cabinet ever sold at auction. Three notes crossed the million-dollar mark and nearly a quarter of the lots exceeded $100,000.