The 1968 proof set might be one of the least-expensive proof sets from the modern era, but it’s actually one of the most important from the historical perspective. It w 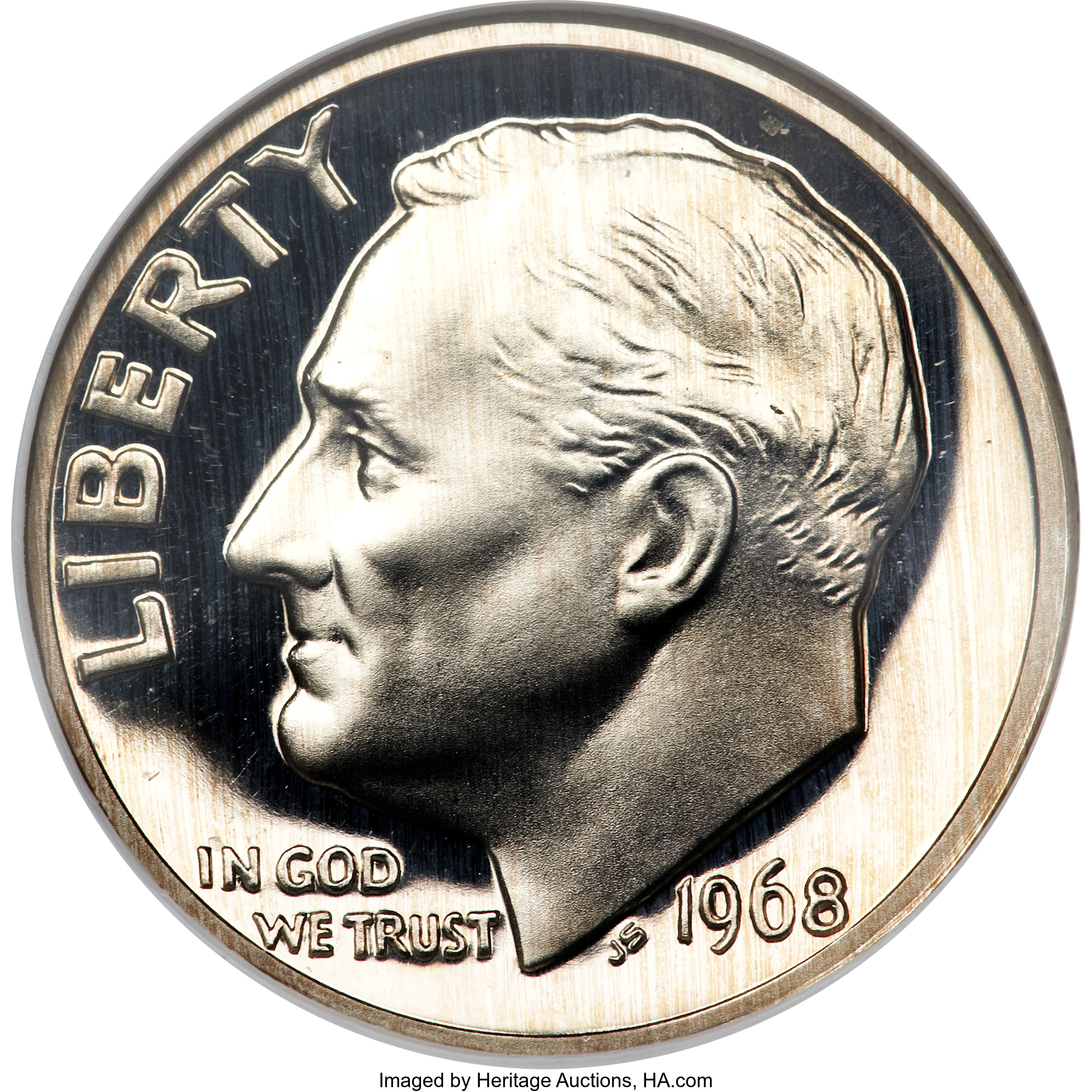 The 1968 proof set might be one of the least-expensive proof sets from the modern era, but it’s actually one of the most important from the historical perspective. It was the first proof set manufactured at the San Francisco Mint, ushering in a brand-new era for these popular United States Mint annually issued collectible coin sets.

Many coin collectors were happy to see the release of the 1968 proof set. It was, after all, the first proper proof set that US Mint had released since 1964. In 1965, Mint officials put proof set production on hiatus due to a nationwide coin shortage, opting to eliminate traditional proof sets and uncirculated sets from the product lineup in favor of a single set of proof-like coins in so-called Special Mint Sets. These Special Mint Sets were issued from 1965 through 1967.

Typical 1968 proof sets are listed in the Monthly Greysheet with a Bid price of $5.50 and have an Ask price of $6. Thus, these half-century-old proof sets are definitely affordable. And this is where many cherrypicking opportunities lay for astute dealers and collectors.

Don’t forget, the 1968 no-S proof Roosevelt dime is a significant error variety that generally trades in the range of $10,000 to $15,000. Rare, yes. Impossible to find? No. There are 12 known specimens according to Professional Coin Grading Service (PCGS) and there may be more.

Deep cameo proofs from this era, especially those that grade in the PR65 range and above, are scarce and very valuable. Yet, many slip through trading circles in government-issued proof sets from that era at typical Bid and Ask price. Why? Because too many people simply don’t take the time to look for them and pick them out of the bunch.

So, to honor the historic 1968 proof set on its 50th anniversary, maybe you should consider buying one or two for yourself. Just don’t forget to look for the 1968 no-S proof Roosevelt dime and those scarce deep cameos!

No mention of the rare RDV's for this proof set?