Walking Liberty Half Dollar Short Set: Now is a Great Time to Build a High-Grade Set Of Walkers

By Louis Golino, Special To CDN Blog The Walking Liberty half dollar, issued from 1916 to 1947, is arguably the most popular 20th-century United States coin. Much of th 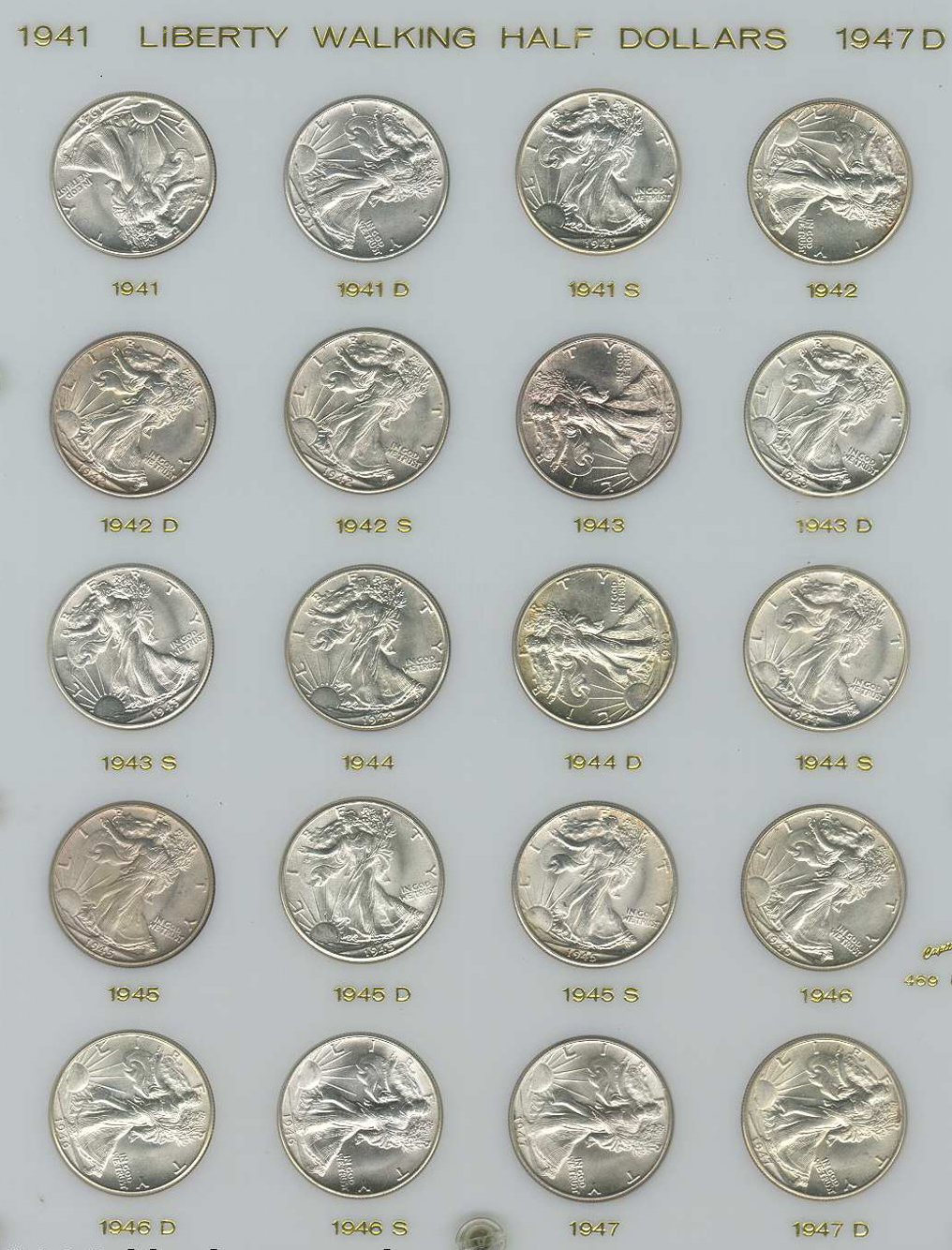 Walking Liberty Half Dollar Short Set: Now is a Great Time to Build a High-Grade Set Of Walkers

Because so few people saved half dollars issued before 1934, uncirculated examples of those pieces are scarce, and most collectors settle for circulated collections of the early issues unless they have substantial budgets. Beginning in 1941, business-strike coins were issued at all three then-operating mints – Philadelphia, Denver, and San Francisco, creating a subset of the series and a popular way to collect Walkers, especially uncirculated examples at reasonable prices.

Many collectors are drawn to the 1941-1947 short set, which numbers only 20 coins and is currently accessible up to MS66 for most pieces, save for collectors who are on a limited budget. During the decade since Great Recession of 2007-2009, as prices for many classic collector coins weakened, levels for MS65 and MS66 Walkers came down substantially. Yet in MS67 or MS68, the rarest dates mostly increased, while those in the middle remained fairly stable, or decreased less than lower-grade pieces.

Prices for coins in MS67 run into the tens of thousands of dollars for the rarest handful of dates. MS68 coins, which number only 135 coins for all dates (55 at PCGS and 80 at NGC), are several thousand dollars each for common dates and much more for the few scarce dates at this grade. Yet today a nice MS66 set can be obtained for $5,105 at CPG retail prices – a level that is affordable for many collectors, especially if they are buying one or a few coins at a time. This is what an MS65 set ran about five years ago, yet grading service populations are much lower for MS66 than MS65 coins.

The real challenge, and the fun for collectors, is finding coins that are solid for the grade and have nice eye appeal, especially S-mint coins with above-average strikes and preferably, CAC green stickers. As for coins with gold CAC stickers, there are only a handful in MS65 and above for each date. For this set the Philadelphia coins are consistently well struck, the Denver coins vary, and the San Francisco pieces are notorious for being poorly struck, especially in the middle of the obverse, particularly on the left hand and top of skirt lines. The other important area to focus on is the feathers of the eagle on the reverse.

The reason for the weaker S-mint coins is that as demand rose during World War II for circulation coins, the San Francisco mint had to prolong the use of dies, leading to many inferior-quality pieces. The five S-Mint coins in MS66 run about $3,000 retail with $1750 of that for just the 1941-S and 1942-S. Among the Denver-Mint coins, 1942-D, 1944-D and 1947-D are probably the hardest to find with good strikes. The seven Philadelphia coins are the easiest to find and least expensive in uncirculated condition, though the 1947 is less common with a solid strike than the other six.

A third S-mint coin that is rare in MS67 is the 1944-S, whose prices are in the same approximate range as the 1941-S and 1942-S, running over $20,000 retail for an MS67 CAC (CPG). Yet it is just $520 in MS66 CAC. It also has the lowest CAC population in MS67 of 1 coin. There has perhaps never been a better time to build a nicely matched short set of high-grade Walkers – or for dealers to recommend these Walking Liberty half dollar short sets to their customers. Nor is there another series of 20 coins that can provide a striking education as much about grading and condition rarity.

One can obtain a CAC-designated set for the reasonable sum of $5,699, but to acquire a set to be really be proud of, it’s best to take ample time. The more effort put into studying the series and acquiring coins with the best strikes and eye appeal to be found, especially those S-mint coins that never come fully struck, the more you rewarded the collector will be in time.