It’s a great feeling to be watching the evening news, or reading a newspaper (I still do), or scrolling through news websites and suddenly see — or hear — a story about the latest rare coin auction. 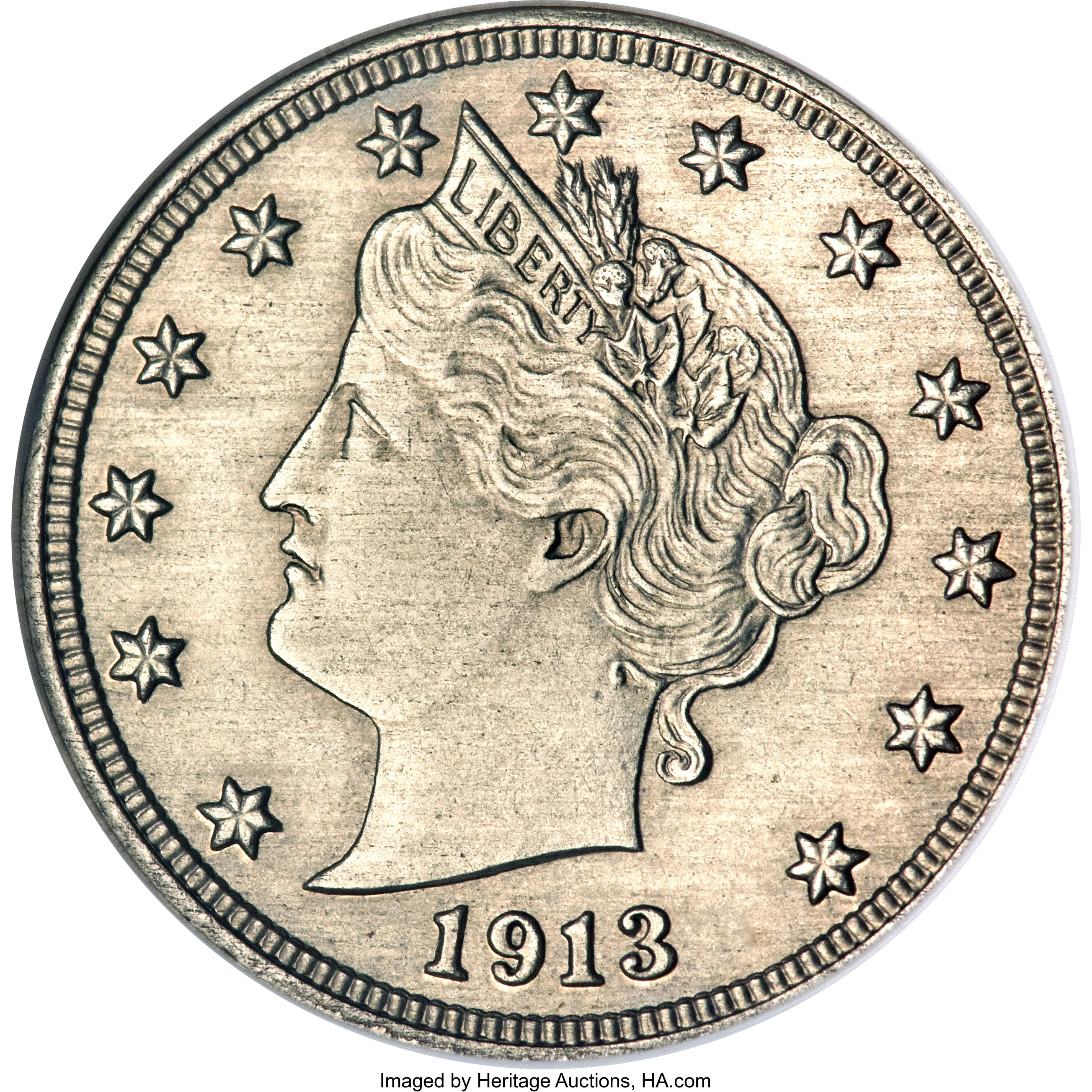 It’s a great feeling to be watching the evening news, or reading a newspaper (I still do), or scrolling through news websites and suddenly see — or hear — a story about the latest rare coin auction. It’s that same vibe of excitement you probably get if you’re from a small town that for whatever reason makes it into the national news… For positive reasons, you hope! Having family ties to Braintree, Massachusetts, it gives me the “feels” when I’m checking out the news from my Florida home and the name of that small Boston suburb gets a shout-out in the story — especially when it’s good news.

And that’s about how it is for me when a “good” numismatic story pops up in my newsfeed from a major news network such as CNN or the Huffington Post. It happened just the other day when FOX reported on the 1913 Liberty nickel. “A $5 Million Nickel?” the headline asks… “Extremely Rare 1913 Coin Up for Auction” continues the story’s banner.

Sure, to the numismatist’s mind, there is the predictable narrative that follows. We know it’s a story about the 1913 Liberty nickel. And we know there will be soooooooo many juicy details (provenance, please!) about the coin that we collectors want to know but will be glossed over in the story so as not to bore non-numismatic readers. And we’re further aware that what might follow is a litany of comments from lay readers who think they themselves have a 1913 Liberty nickel, of which there are just five known — all accounted for… “I got 2 of these from my grandfather,” someone will write. There will also be a bunch of questions about the value of other coins. “Whats my 1956 nickle worth” will assuredly ask another (misspelling and lack of proper punctuation in the example intended here).

You know what? This is good. It’s good for the hobby. For every predictable headline about the sale of a 1787 Brasher Doubloon, 1804 dollar, or 1913 Liberty nickel are at least a few folks who are learning for the first time that some coins are worth a lot of money and that, yes, coins really are cool. Many folks will start checking their change – in vain, we know – for these featured rare coins. Maybe they will find a few wheat cents or other interesting coins to help keep the interest of these treasure seekers. How many new coin collectors will each of these stories eventually generate? That’s a question for which I don’t have an answer.

But I’ll tell you what: every new person we can get who will look at coins as more than just a means of paying for a soda from a vending machine is a good thing. Featuring a 1913 Liberty nickel is the type of good press this hobby needs more of. I remember when I was a young collector and the news of the 1995 doubled die Lincoln cent broke. I heard about it on the radio. I saw the story on TV. I read about it in my local newspaper and in at least two non-numismatic magazines. I was already a collector, yes, but the story about this fascinating new variety inspired me to check my change and pore through bank rolls with even greater fervor than usual.

I imagine it was a similar sensation when the 1955 doubled die Lincoln cent made headlines more than six decades ago. The hobby boom was already booming… But the seemingly immaculate conception of the 1955 doubled die cent – right when coin collecting was already enjoying previously unseen popularity – was like a gift from above. The hobby continued to grow for several more years, right through the early ’60s.

I don’t know if we’ll ever get another 1955 doubled die or even 1995 Lincoln cent to make the headlines and turn thousands – maybe millions – of people into new coin collectors. And another 50 State Quarter series? Ooh, boy… Kermit of Muppets fame serving as the United States Mint “spokesfrog” might have been a once-in-a-lifetime thing. But a collector can dream, right?

Such opportunities in the numismatic world might knock but once every couple decades, but that’s OK. As long as coins like the 1913 Liberty nickel exist – and continue making headlines come auction time – we don’t need necessarily need new coin varieties or a bunch of new quarters to get the country excited about the hobby. All we need are people who are curious… Curious about why a coin is worth a million dollars. Curious if they, too, can hit it big with some of their coins. Curious about coins, period.