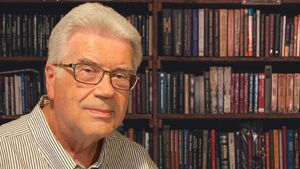 Mr. Larsen will be supporting DLRC as a West Coast representative, serving longtime DLRC clients as well as traveling to various locales throughout the United States to purchase collections of all sizes.

Virginia Beach, VA: David Lawrence Rare Coins (DLRC) is pleased to announce the addition of Dale Larsen to the David Lawrence team as a Senior Numismatist and Buyer. Mr. Larsen will be supporting DLRC as a West Coast representative, serving longtime DLRC clients as well as traveling to various locales throughout the United States to purchase collections of all sizes.

Dale, a native of Elgin, Illinois started his coin collecting hobby at the age of nine. He took a break from coins in college, where he studied Radio and TV Journalism at Southern Illinois University. After college he went on to work in Management and Sales in the Specialty Chemicals Field from 1972-2002. After relocating to Southern California in 1985, Dale jumped back into his hobby of coin collecting with a focus on beautifully toned Half Dollars and Dollars. In 2002, he was able to turn his hobby into a career as a full-time numismatist at Spectrum Numismatics. He traveled the country as a buyer of collections, large and small, for 13 years. It was here that John Brush, President of DLRC, worked with Dale in purchasing many collections. Larsen states, “When the chance to work with DLRC presented itself, I knew that it was the perfect opportunity to not only further my service of collectors, but to work with a company that respected the hobby and the coins it presents. I look forward to continuing to work with collectors in my new position!”

John Brush states, “Dale was not only a friend, but also a mentor of mine as I got my feet wet in the coin industry. As I was far from home and taking my first real job, Dale guided me through working for a larger company and was my travel companion as we worked together in buying some massive collections, both in size and value.” Brush added, “When I left Spectrum to go to DLRC, I always thought that it would be great to work with Dale once again and when the opening presented itself in recent weeks, we jumped at the chance. Not only did it allow for us to bring another passionate collector into the fold, but it gives us an opportunity to work with more of our West Coast clientele in person!”

Larsen, a renowned collector himself, is considered one of the friendliest faces on the bourse floor and in your living room. With a background as a true collector, he not only understands the good and the bad of collecting, he also knows the coin market and is an avid defender of the hobby. While remaining in his home in California, you can expect to see him traveling throughout the country, especially the West Coast, serving collectors on behalf of David Lawrence Rare Coins!

The company has handled many legendary rarities of United States numismatics including the finest certified1796 No Pole Liberty Cap Half Cent, three examples of the1894-S Barber Dime, a gem1876-CC Twenty Cent Piece, the finest known1901-S Barber Quarter,1884 and 1885 Proof Trade Dollars, four of the 12 known 1870-S Seated Dollars, both privately-owned examples of the 1854-S $5 Gold Half Eagle, the historic 1815 $5 Gold Half Eagle, one of the two known1825/4 $5 Gold Half Eagle, and the Mickley-Hawn-Queller 1804 Proof Draped Bust Dollar. DLRC also helped to assemble and then sell the $25 million Richmond Collection at three public auctions hosted in New York City and Baltimore, Maryland and are the curators of the All-Time Greatest Collection of U.S. Coins, the D.L. Hansen Collection.

David Lawrence Rare Coins is an industry leader in the trading and auctioning of U.S. rare coins certified by PCGS, NGC, and CAC. DLRC holds weekly internet auctions and offers sellers the options of direct sale or consignment to auction. To work with David Lawrence or for any question as to how they can help your collection, please call 1-800-776-0560 or email coins@davidlawrence.com .