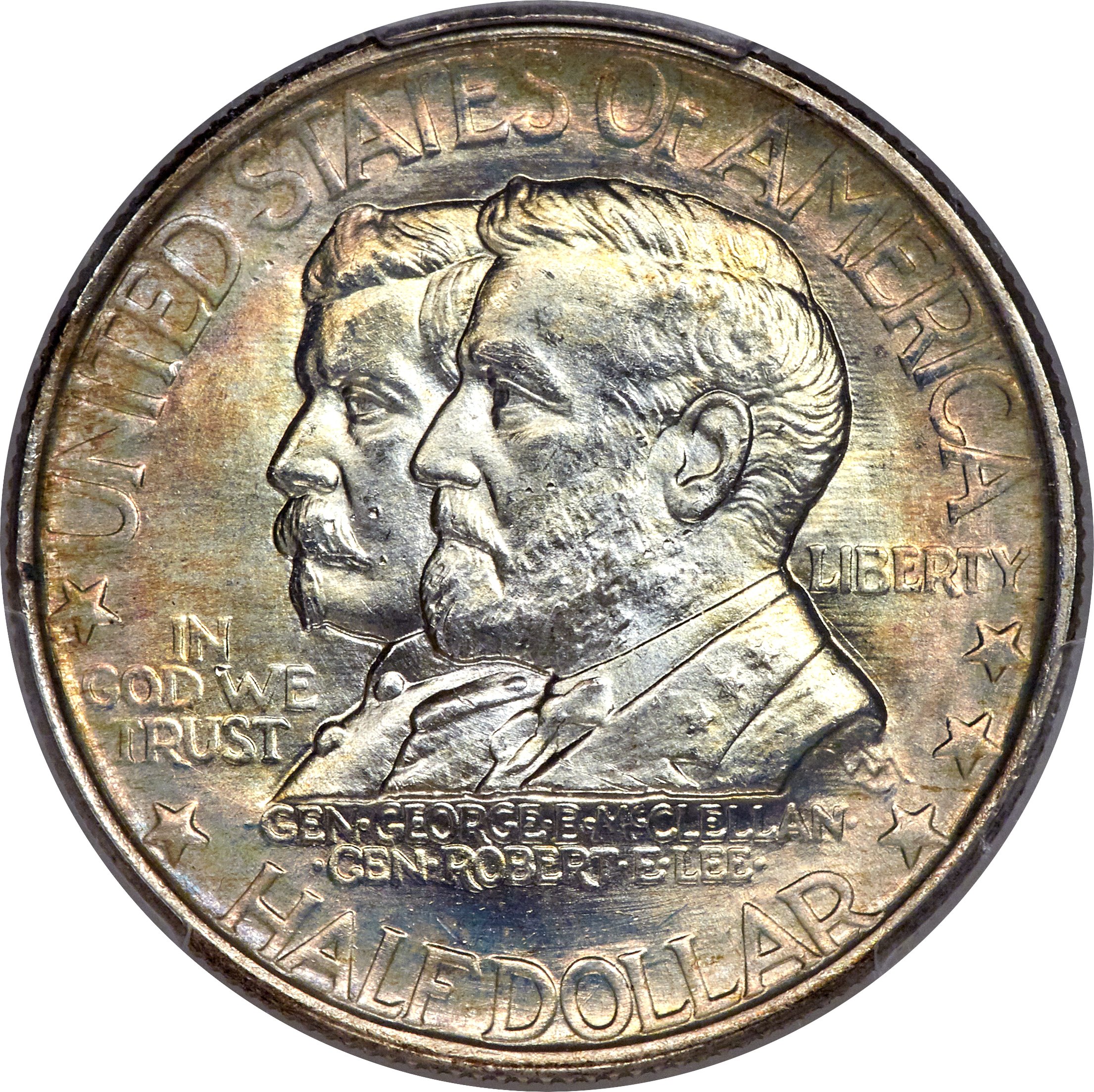 The 1937 Battle of Antietam half dollar is one of a few classic commemorative coins with Civil War themes. The Antietam half dollar honors the 75th anniversary of the Battle of Antietam, which unfolded in Sharpsburg, Maryland, and saw more than 20,000 casualties, including the deaths of nearly 3,700 soldiers between Union and Confederate armies. The coin, designed by William Marks Simpson, features an obverse jugate portrait of Union General George B. McClellan and Confederate General Robert E. Lee, while the reverse depicts the iconic Burnside Bridge, a central scene of action in what was one of the Civil War’s bloodiest battles.

The Battle of Antietam half dollar was sold for $1.65 each by the Washington County Historical Society though fewer than half of the 50,000 authorized pieces were sold, with only 18,028 pieces distributed. Today, this issue is overall quite scarce as compared to other classic commemoratives. However, Gem examples are relatively plentiful, with many MS65s and MS66s in the marketplace. Pieces grading MS67 are decidedly scarce, and those in MS68 or higher are rare.
Show catalog details.