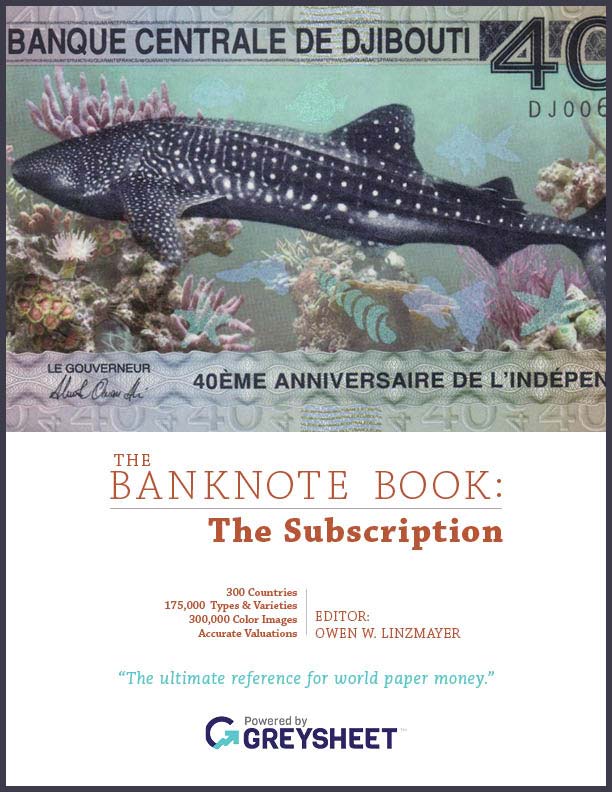 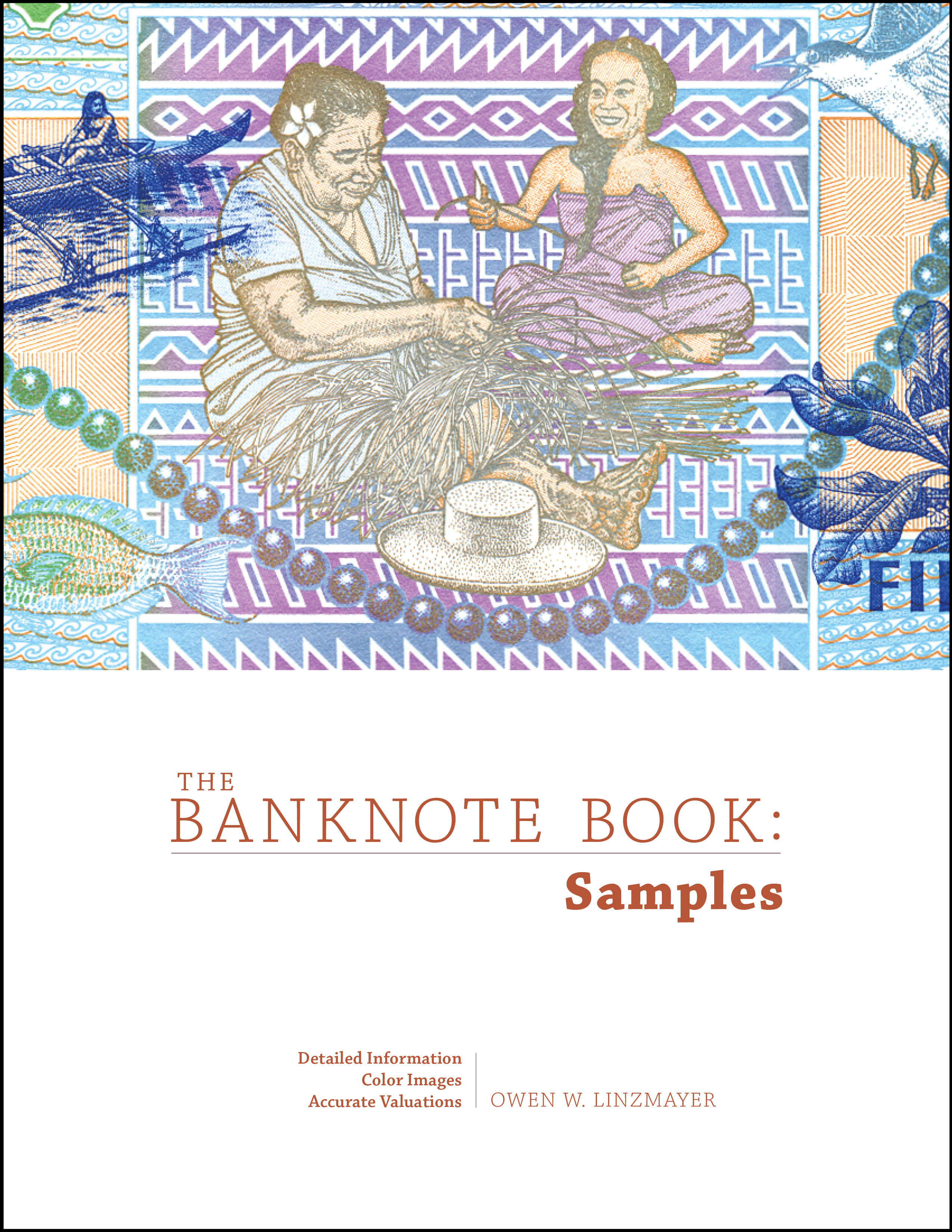 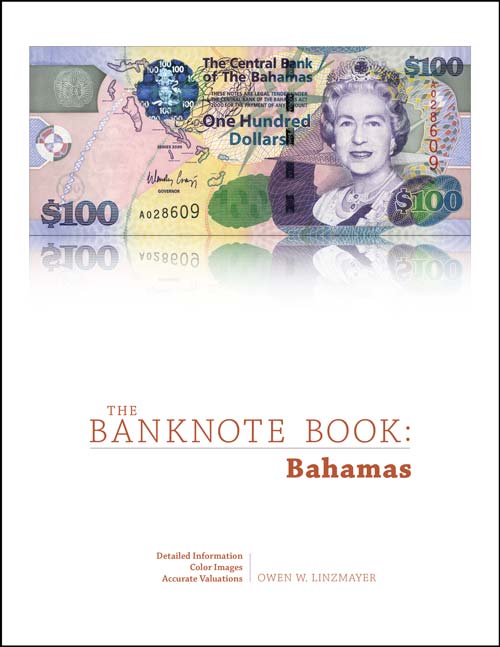 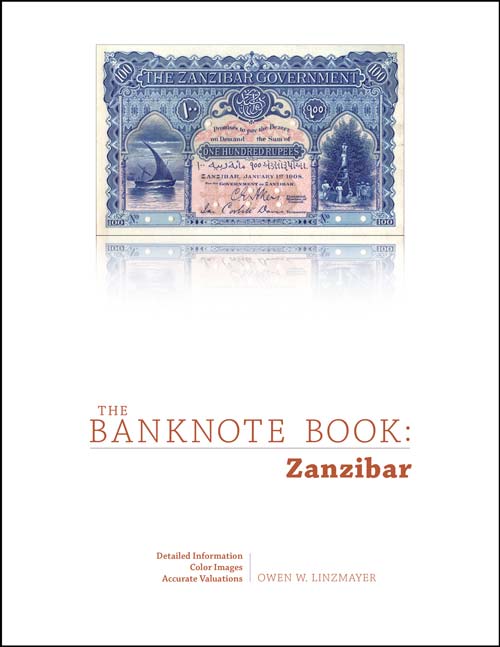 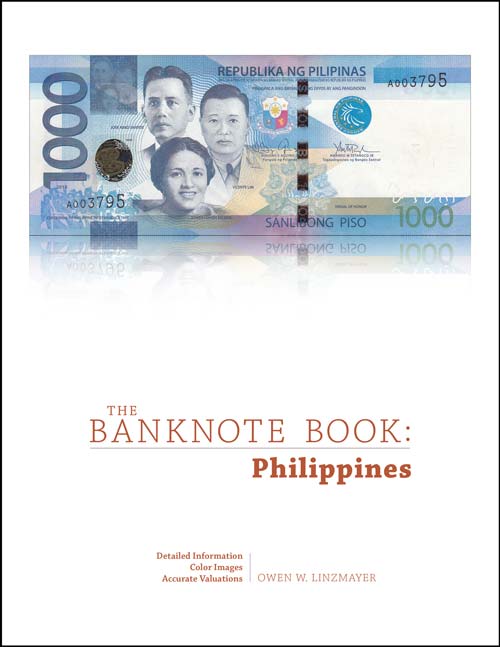 Comprising 316 individual country chapters (and growing!), with over 9,000 pages covering more than 80,000 types and varieties, the Banknote Book is the most comprehensive catalog of world paper money in existence.

The Banknote Book is a comprehensive catalog of world notes currently being compiled and released as individual country chapters are completed.

Collectors familiar with Krause’s Standard Catalog of World Paper Money know only too well the many problems afflicting that publication, including typos, erroneous listings, missing varieties, poor images, inaccurate valuations, and gross inconsistencies, all of which have gone uncorrected edition after edition. The Banknote Book addresses these issues by starting from scratch with a fresh approach, unencumbered by legacy data of questionable validity.

The Banknote Book strives to publish detailed information, full-color images, and accurate valuations of every note ever officially issued by a given country (including some unissued notes, too). The images are crisp, clear, and in color. In contrast to the bare-bones data presented in the SCWPM, listings in The Banknote Book include all of the information of interest to the novice and serious collector alike.

You’ll find links to the issuing authorities’ web sites and bibliographies if you wish to do additional research. If an issuing authority sells banknotes directly to the public, that fact is also mentioned. Furthermore, the introductory text and notations throughout provide background information that puts the notes in context, helping you further enjoy and appreciate your collection.

The Banknote Book is presumed accurate, although it is a work in progress. Corrections will be made if errors are brought to our attention (you can view the Revisions on www.BanknoteBook.com). Furthermore, you are encouraged to submit information (along with 300-dpi color scans of front and back at 100% actual size) about new issues and unlisted varieties. Any verifiable new information contributed will be published almost immediately in a new revision. Finally, we encourage you to share suggestions on how to improve The Banknote Book.

Almost 300 chapters have been completed and we are diligently working on the remaining countries in the world. As you can imagine, this is an enormous task which we are unable to complete without the help of dedicated and knowledgeable collectors the world over. If you know of other collectors or dealers who may want to participate in this project, please spread the word, but do not distribute copies of the copyrighted chapters. Thank you for your support!

This reference catalog is sold as a subscription, billed monthly or annually. You will have access to it as long as your subscription is active. We will make continuous updates and your subscription will always give you access to the latest edition (via digital viewer on your computer, smartphone or tablet).

Digital Access to the publication is only available via the greysheet.com web site and the Greysheet app for iOS and Android. Digital access does not include the ability to download the publication for archival purposes.

Patrick Perez on the Banknote Book Sponsorship at 2022 MIF

Billed Annually (recurring)
$99.00
Order Now
$ $99.00
Cancellation Policy: This purchase is non-refundable but can be canceled at any time, after the first three months. Annual subscriptions are non-refundable.

In general, notes are grouped into chapters by country of origin. If a country changes it name over time (such as Burma becoming Myanmar, or Ceylon becoming Sri Lanka), its notes may be found in different chapters (cross-references are provided as necessary at the beginning and end of each chapter), and the numbering of notes is reset with the name change of the country and/or issuing authority. The grouping of notes in this fashion should not be considered an endorsement of the politics of the country undergoing the name change. Instead it is a practical matter of making it easy for collectors to locate notes in the catalog by looking in the chapter that bears the same country name as appears on the note. Some chapters are devoted to break-away “countries” that have failed to gain widespread international recognition (such as Abkhazia and Somaliland). Again, the inclusion of such entities in this catalog should not be considered an endorsement. These notes are included only in the interest of being comprehensive in the coverage of notes commonly available in the collector market.

For most countries, only one nationally recognized official authority issues notes at a given time, although the name may change over time as the organization transitions from a currency board to a central bank, for instance. Notes are grouped by authority, and assigned numbers which are unique for the country in question, but are not intended to be unique across countries.

For the most part, notes are grouped into families (series) with similar design attributes, and the families are presented in their overall chronological order of introduction, with individual notes appearing in ascending order of denomination, which does not necessarily correspond to their order of introduction. While some countries issue entire families at once, others spread out the introduction of different denominations over many years. This may result in listings presented out of numerical order in an effort to create a more pleasing presentation in denomination order without resorting to renumbering of notes. Finally, some countries issue notes that don’t fit into any family. These are typically presented as stand-alone issues in chronological order rather than shoe-horned into inappropriate families.

The numbering system employed in The Banknote Book is similar to the Pick system (named after editor Albert Pick) used by the SCWPM, but with several improvements. Most importantly, once a number is assigned, it will never be changed capriciously, so you needn’t worry about dealers referring to notes using outdated numbers, nor waste your time looking for changes in subsequent editions to keep your own collection or inventory up to date. As mentioned in the preceding Presentation Order section, some countries spread out the introduction of different denominations over many years, and don’t necessarily issue new notes from smallest to largest denomination. Krause’s approach to this scenario has been to renumber notes as new members of the family are issued. The approach taken in The Banknote Book is to assign the next contiguous number as new notes are introduced, but present some listings out of numerical order in an effort to create a more pleasing presentation in denomination order without resorting to renumbering of notes. For the convenience of collectors, The Banknote Book numbers are cross-referenced to the corresponding Pick numbers that were assigned at the time of publication (see the Sources section at the end of each chapter to determine the SCWPM edition), but no attempt is made to keep up with any changes Krause may make in subsequent editions. Furthermore, each variety has its own checkbox which you can use to track notes you want to buy (slash) or which you already own (check).