The trusted source for numismatic information since 1963.

The history of the Greysheet has been one of expanding numismatic coverage to meet the community's needs for accurate pricing, both wholesale and retail. The history of the coin business over the last three decades has been one of change, and the CDN has changed right along with the market. For well over 50 years, CDN has been the undisputed resource for pricing for U.S. coins and paper money, and now in modern China issues as well. 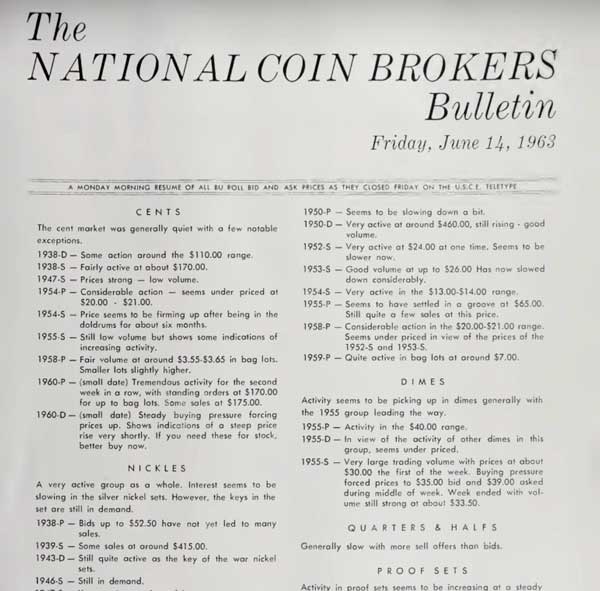 Timeline of Events at CDN
Publishing

Comprised of more than 300 individual chapters (based on country), with a total of 8,200 pages covering more than 77,000 types and varieties, the Banknote Book is the most comprehensive catalog of world paper money in existence.

Marking CDN’s first new major publication in years, the CPG© Coin & Currency Market Review is a comprehensive, information-packed quarterly publication offering readers a wide-ranging look at retail trends for all major U.S. coin and paper currency series. The inaugural issue of the CPG Review, which debuted in time for the Florida United Numismatists show in January 2018, has been shipped for free to current and former CDN subscribers and has also been distributed at shows and other venues throughout the United States and beyond.

The release of Collector's Price Guide values, first published on our website in 2017, provides both coin collectors and coin dealers with up-to-the-moment market data based on an exclusive analytical formula reflecting retail and wholesale pricing. In an unprecedented partnership, CDN and the American Numismatic Association (ANA) have teamed up to share printed CPG© values in each issue of the ANA’s iconic monthly magazine, The Numismatist.

CDN recognizes that modern Chinese coins collectively represent one of the hottest areas of the international numismatic and bullion scene. To address the growing demand and overall market activity for these popular coins, CDN launched the Goldsheet to provide readers with the latest pricing on a full range of modern Chinese coins, including the globally beloved Panda coins, among other widely traded series.

CDN Exchange is the fastest-growing dealer-to-deal exchange in the numismatic community. CDN Exchange reflects over $1.25 billion in active bids by the top coin dealers in the world, and provides users with dynamic, at-a-glance perspectives of trading activity and actual market bids on coins from all major U.S. series in a wide variety of grades.

CDN gets a new publisher

After decades of Downing family ownership, CDN changed hands in July 2015, and John Feigenbaum took over as the new publisher. While many exciting changes are in store to address the nuances of the contemporary rare coin market, CDN continues its longtime legacy of providing dealers with accurate, unbiased pricing data reflective of the latest industry trends. 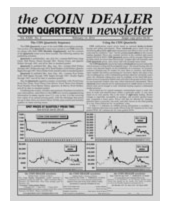 The CDN undertook another major expansion in 1992, with the first publication of the CDN Quarterly. The CDN Quarterly is issued in three monthly sections, in a cycle that repeats four times each year, and contains price listings for every regular-issue U.S. coin by date and mintmark (not already fully covered in the weekly or monthly). Subscribers receive the CDN Monthly Supplement and CDN Quarterly as part of their subscription package at no extra charge; combining the CDN weekly, monthly and quarterly issues, every regular-issue U.S. coin is given our independent, unbiased wholesale pricing analysis. In each of the CDN publications, the prices listed assume that the transaction is sight-seen, and that the coin is graded according to accepted industry standards (as exemplified by PCGS and NGC).

The CCDN was started in 1986, when the numismatic market was first introduced to the concept of third-party authentication, grading and encapsulation of coins. This concept, as implemented, embodied two radical changes for the dealer community: 1) the establishment of new grading standards (although some would argue that the “new” standards were simply those of the toughest - the strictest - graders; 2) the packaging of rare coins as a commodity that could be traded sight-unseen. Market uncertainty during the early years of adjustment required a specialized publication for these sight-unseen bid levels.

The popularity of the certification services is unquestioned; they have now examined millions upon millions of coins. As their coverage of the market increased, so did the coverage in the Bluesheet. In less than a decade, certified coins have become a very important part of the coin market; while the Bluesheet is dedicated to them, the Greyheet must also take into account information on the sight-unseen and sight-seen bidding levels for certified coins. 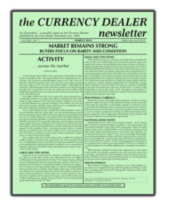 The Greensheet was started in 1980 to bring to currency dealers and collectors the same pricing expertise that established the reputation of the Greysheet. Unlike the Greysheet, however, which earned its nickname from the very beginning, the Greensheet name had to wait until the brown paper was retired! Regardless of the color of the publication, the monthly Greensheet has always delivered accurate pricing information on the most popular series of large- & small-sized American paper money. 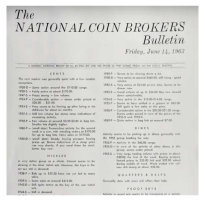 The Coin Dealer Newsletter was first published in 1963, when the dealer community expressed a need for a weekly compendium of bid levels from the four teletype systems then in operation. Orvil L. Payne, the founder, was one of eight independent coin dealers operating out of a single shop in Hawthorne, California; Greysheet was created in the back room of Coin-A-Rama City. The very first issue was known as the National Coin Broker's Bulletin, but with the second issue, the name changed to the Coin Dealer Newsletter (although most dealers refer to us as "the Greysheet" or "the CDN"). From the beginning, as now, the CDN examines all possible sources of information: teletype services, computerized trading networks, dealer trades, "buy" lists, and auction prices realized.