10 Coin Collections You Can Collect for Under $100

For the beginner and budget-minded coin collector, a collection of coins that can be assembled for $100 or less can be quite an attractive proposition. 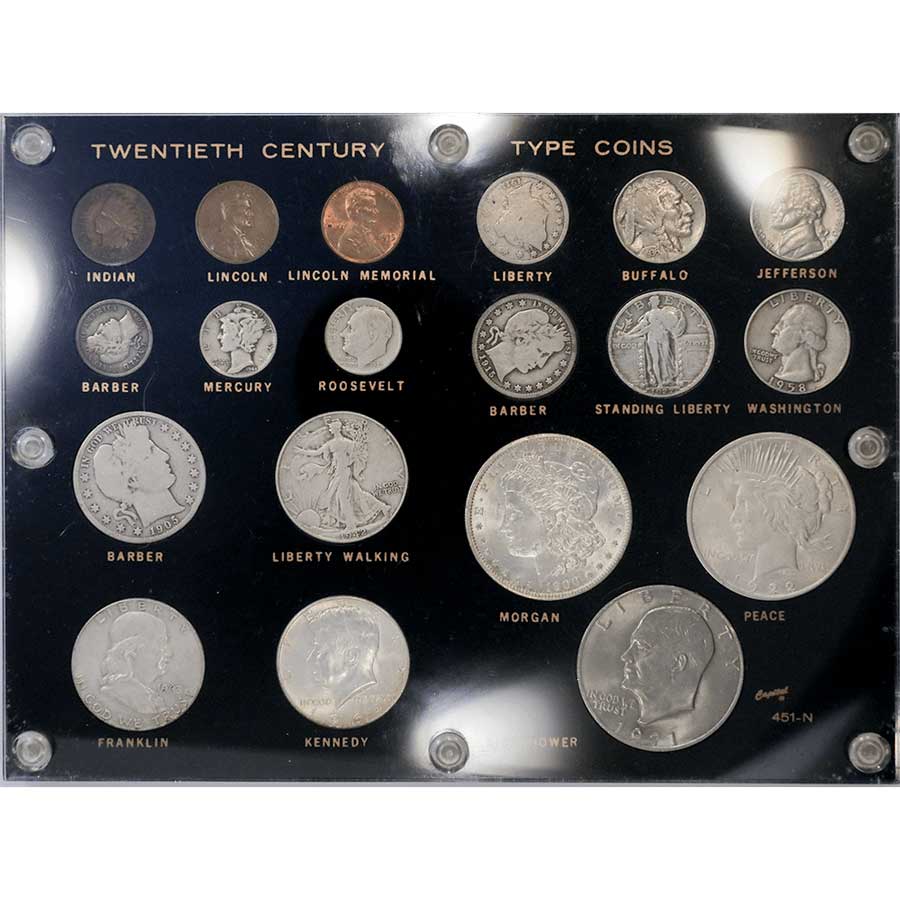 By creating new interest in the hobby for existing collectors or brand new collectors, we will be positively affecting the "Hobby of Kings" for generations to come.

By creating new interest in the hobby for existing collectors or brand new collectors, we will be positively affecting the "Hobby of Kings" for generations to come.

For the beginner and budget-minded coin collector, a collection of coins that can be assembled for $100 or less can be quite an attractive proposition. More importantly, this strategy can also be used to attract children, Young Numismatists, and people who are newly interested in the hobby of coin collecting.

I've selected ten different coin sets that you can put together on a limited budget. Some of them can be assembled quite quickly, while others will take a bit of searching and prudent shopping. Difficulties range from "easy" (can be collected from current circulating coins) to "intermediate" (some or most coins will have to be purchased from a coin dealer). 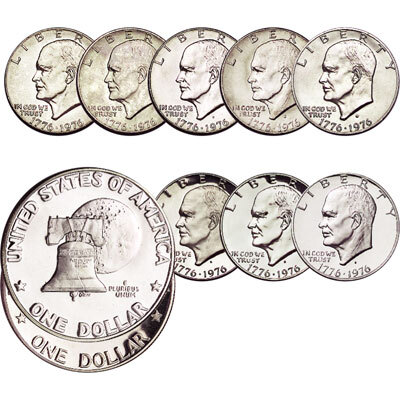 Additionally, you'll need to decide on how you're going to store your coins. There are ready-made coin folders and albums for some of these collections for you to start filling the holes. Other collections will require you to purchase flips or 2 x 2 coin holders for you to assemble your collection. Regardless, pick the set that interests you the most and start your coin collecting journey today.

Assembling a date set of circulated Lincoln Wheat pennies is a challenging yet obtainable objective for the beginner coin collector. The set will consist of a total of 50 coins from 1909 until 1958. By collecting a date set, you eliminate some of the more costly mint marked Lincoln wheat pennies from the early years. For example, you can purchase a 1909 Philadelphia minted Lincoln Wheat penny at a very reasonable cost. If you were to assemble a date-mint set, you would have to buy the very expensive 1909-S and 1909-S VDB coins to complete your collection.

Officially, the 20th century began in 1901 and ended in 2000, but coin collectors consider the 20th century to span from 1900 until 1999. In order to assemble a basic type set of circulating 20 th-century coins, you will need one of each type of coin minted between those years. Since this is a basic type set, it does not include minor types (such as the Liberty nickel "with cents" and "without cents" varieties), Proof only issues, and coins issued primarily for collectors.

Since most of these coins will have to be purchased from a coin dealer, you may choose to purchase the lowest-cost coin in that series. For example, Peace dollars were minted from 1921 until 1935. A circulated 1927 Peace dollar will be your best value at about $35. Versus a 1928 Peace dollar that will run close to $300. Also, coins from the early part of the century and circulated silver coins minted in 1964 and prior can usually be purchased for a slight premium over their melt value. The Morgan Dollar (1900 -1921) and Peace Dollar (1921-1935) will be your most expensive coins at approximately $35 in well-circulated condition. You should be able to pick up the Barber Half Dollar (1900-1915) and the Walking Liberty Half Dollar (1916-1947) for around $10 per coin in well-circulated condition. Bargain-hunting and patience will allow you to keep under the $100 threshold for this collection.

A basic 20th Century type set will consist of the following 31 coins:

The Jefferson nickel design was first used in 1938 and is still being minted for today's five-cent coins. A complete date-mint set of circulated Jefferson Nickels will consist of 176 coins. You will be able to collect most of these coins directly from circulation (pocket change) or by buying rolls of nickels from your local bank. Unfortunately, you will probably need to purchase some of these coins from a coin dealer to complete your collection. Most of the 35% silver Jefferson nickels minted from 1942 through 1945 have been removed from circulation. However, the prices of these coins are most reasonable even for the beginning coin collector.

A U.S. nickel type set will consist of one of each type of nickels (5mm diameter five-cent denomination coins) that the United States has ever made. This set includes minor types and will consist of a total of 13 coins. The two most expensive coins will be the Shield Nickel with rays on the reverse (1866-1867) and a Shield Nickel without rays on the reverse (1867-1883). These two coins will cost between $20 and $30 apiece in well-circulated condition. All the other coins can be purchased at a nominal value or found at face value in circulation.

One of the most popular collected coin series in United States history is the 50 State Quarters™ issued from 1999 until 2008. In 2009 a six-coin series was issued to commemorate the District of Columbia and the U.S. Territories. Some collectors include this as part of their 50 State Quarters collection, while others consider it a separate series of coins. You can purchase coin folders and albums already made to hold your collection.

Roosevelt dimes were first issued in 1946 to commemorate the popular American President Franklin D. Roosevelt's death. Coins minted from 1946 through 1964 were made with 90% silver and would push the cost for this collection beyond our $100 threshold. Coins minted from 1965 and after were made with a copper-nickel clad alloy and still minted today. A collection of clad Roosevelt dimes can easily be assembled by going through your pocket change or purchasing rolls of dimes at your local bank and searching for the coins you need. These can be stored in a variety of coin folders or albums available from your local coin store or online.

Eisenhower dollars were first minted in 1971 and continued through 1978. In 1975 and 1976, a special circulating commemorative dual dated (1776-1976) was issued to commemorate the United States of America's Bicentennial. Most coin dealers have an inventory of circulated Eisenhower dollars that are available for a small premium over face value. Uncirculated coins are available at a reasonable cost, but bargain hunting and patience will be required to keep your collection below the $100 threshold.

You also may want to check with your local bank and see if anybody has recently deposited any Eisenhower dollars. You can then buy these for face value. Your collection can be housed in an assortment of coin folders and albums or in 2 x 2 cardboard holders. A complete collection of business strike Eisenhower dollars will consist of only 16 coins.

Susan B. Anthony dollars were minted from 1979 to 1991 and then again for one year in 1999. The public mostly rejected these coins because they were easily confused with quarters. A collection of business strikes can easily be assembled in uncirculated condition. Coins can be purchased from your local coin dealer or from online sources for between $2.00 and $5.00 per coin. Coin folders, albums or 2 x 2 coin holders can be used to store your collection. The following 11 coins will be required to complete your collection. If you're looking for a little more of a challenge, you may want to add Proof coins to your collection.

The Native American guide Sacagawea has been featured on the new small golden-colored one-dollar coin since 2000. From 2000 until 2008, the reverse features an eagle in flight. Beginning in 2009, a new reverse was featured each year, highlighting the contribution of Native Americans to our country.

Since 2002, these coins have only been minted for collectors and been distributed by the United States Mint at a premium over face value. Therefore, it is doubtful you will find any of these coins in circulation or at your local bank. However, you can always ask your bank teller if they have any new dollar coins. You never know what people have turned in.

Local coin shops and online coin dealers most probably have ample supplies of these in uncirculated condition and are available for purchase ranging from $2.00 to $6.00 per coin. While you're there, you can purchase a coin folder or album specifically made to house your collection of Sacajawea and Native American dollars.

Depending upon what year you were born (or any year with a special significance in your life), you can purchase an original United States Mint packaged mint set or proof set for under hundred dollars. In general, proof sets issued in 1954 or before will cost more than $100. Proof sets issued from 1955 through today will vary in cost. The only exception is the 2012-S Proof set which is very near the $100 threshold. Uncirculated United States Mint Sets in the original government packaging start to exceed our $100 threshold with the 1958 and prior-year issues. 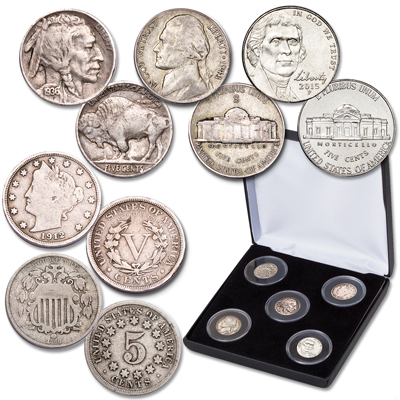 Regardless if you start one of these collections for yourself or use this strategy to interest a new collector into the hobby, we will all benefit from it. By creating new interest in the hobby for existing collectors or brand new collectors, we will be positively affecting the "Hobby of Kings" for generations to come.

Each of my grandkids ages 6-11 became interested in collecting this way, and are always looking to fill a slot in their books. At Christmas I get them one coin that may be out of their budget. Collecting memories and coins only makes the hobby more rewarding.