Beatrix Potter’s much-loved character, Peter Rabbit, will feature on a new coin design for 2019 The Royal Mint has announced the return of one of the most famous and be 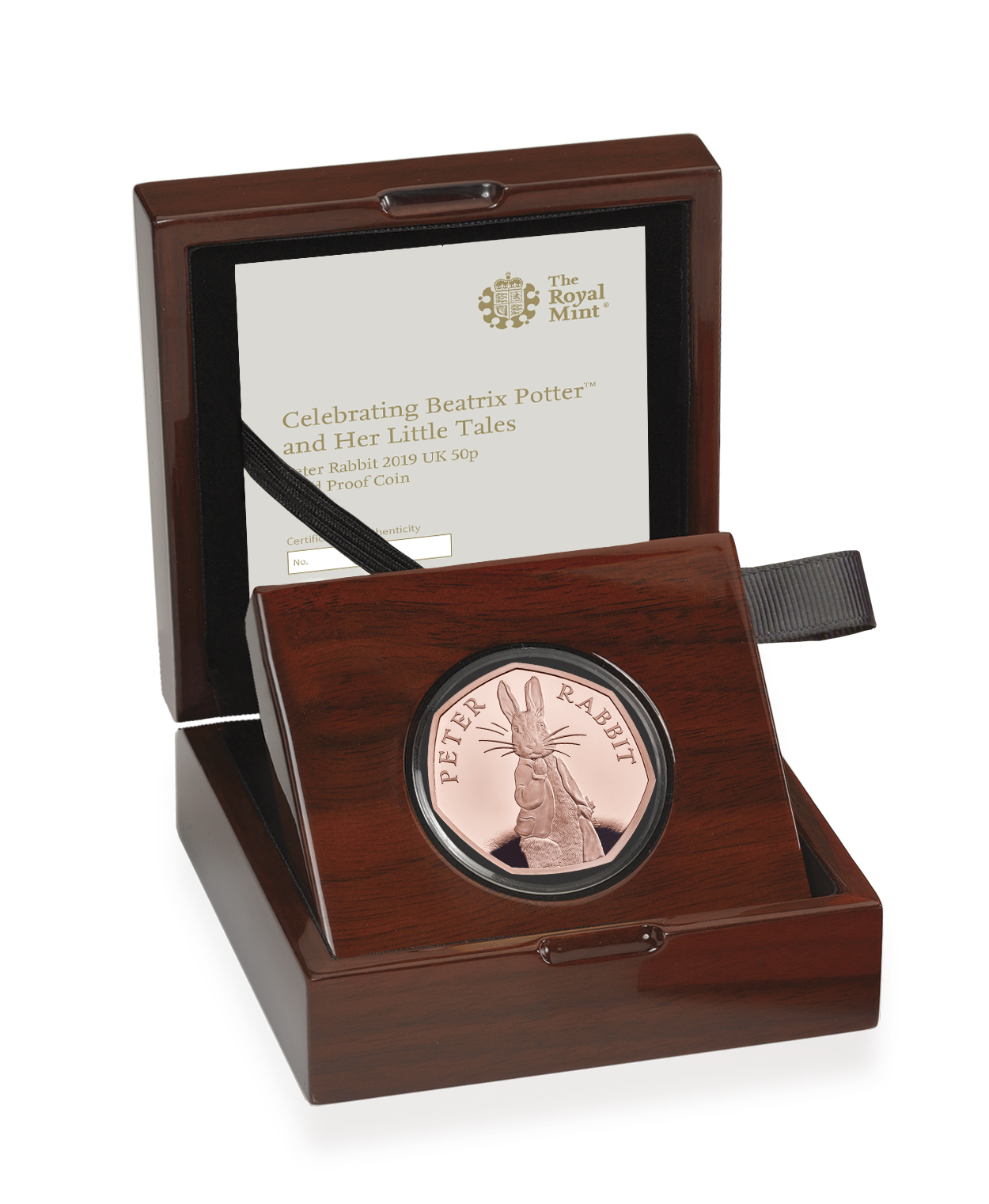 The Royal Mint has announced the return of one of the most famous and best-loved children’s literary characters – Peter Rabbit onto commemorative coins. The new design for 2019 will feature on Brilliant Uncirculated, Silver Proof, and Gold Proof 50p commemorative coins. First introduced onto UK coins in 2016 to celebrate Beatrix Potter’s 150th anniversary, Peter Rabbit has also appeared on UK coins in 2017 and 2018.

The masterful, hand-painted style of Beatrix Potter’s original illustration has been carefully engraved by The Royal Mint’s coin designer, Emma Noble, to immortalize the mischievous rabbit on the 2019 version of the coin. In addition to previous Beatrix Potter collections, Emma has previously designed coins commemorating the 60th anniversary of The Queen’s coronation, Remembrance Sunday, and King George I.

Nicola Howell, Director of the Consumer division at The Royal Mint commented, “following the fantastic response to our previous Beatrix Potter collections, we’re delighted to be celebrating the timeless appeal of Peter Rabbit, one of the most-loved children’s characters, once again with our 2019 commemorative coin, giving fans the chance to add to their existing collections.”

Thomas Merrington, Creative Director at Penguin Ventures (part of Penguin Random House UK) said, “we have been overwhelmed by the popularity of the Beatrix Potter coins since our initial collaboration with The Royal Mint in 2016, which marked the first time that a character from children’s literature appeared on UK tender. The appeal of these coins is staggering and a testament to how beloved Beatrix Potter’s characters remain today. We’re delighted that a fourth Peter Rabbit coin will join the collection.”

The 2019 Peter Rabbit commemorative coin is available in a variety of precious metal and base proof finishes from The Royal Mint, with prices starting from £10. This is a commemorative coin and will not be entering general circulation, so this is the only way to own this special coin.