Activity Across the Market (October 2021 Greysheet)

It is clear that this has already been a stellar year for ultra rarities. The tremendous amount of million-dollar-plus coins that have sold this year has been a very welcome turn of events that actually started late last year. 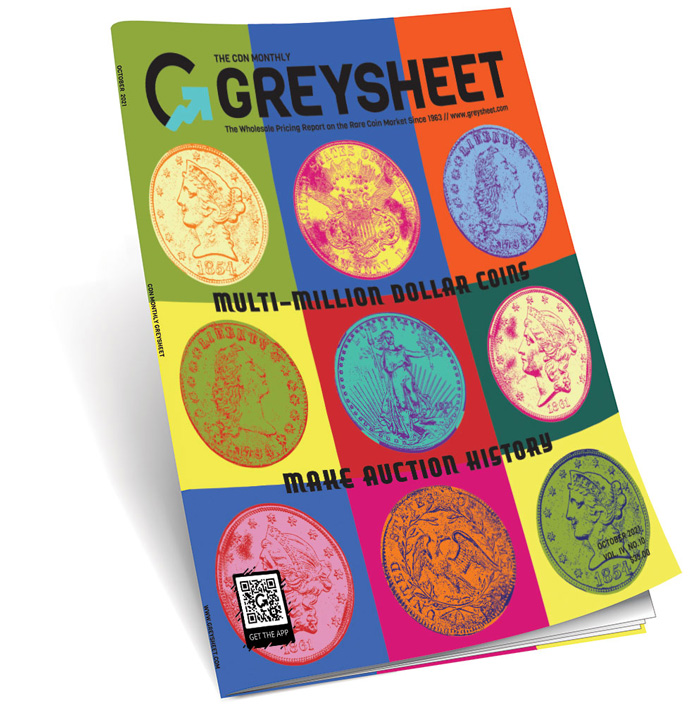 The Cover of the October 2021 Greysheet

The Cover of the October 2021 Greysheet

In the aftermath of the ANA World’s Fair of Money U.S. coin auctions, it is clear that this has already been a stellar year for ultra rarities. The tremendous amount of million-dollar-plus coins that have sold this year has been a very welcome turn of events that actually started late last year. In the recently concluded sales mentioned above, Heritage Auctions sold $48.79 million worth of U.S. coins while the Stack's Bowers official auction totaled “over $31 million,” according to the post-sale press release. In reviewing these two events, and the ones that took place earlier this year, one thing that is hard to miss is the performance of 20th century and modern (post–1964) coinage. While multi-million dollar coins make the headlines and are newsworthy, there are numerous 20th century coins that have sold for many multiples of their previous highs. Another aspect is that it is not just the key dates achieving big prices. 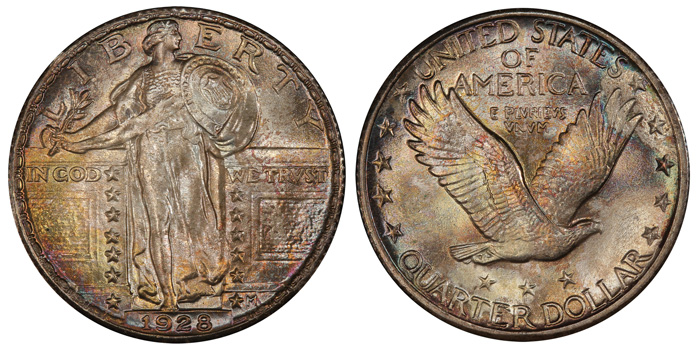 Finally, the 1928 quarter, graded PCGS/CAC MS67+FH, sold for a stunning $120,000. While it has long been established that this is the finest 1928 quarter in existence and the 1928 is a condition rarity, it is not a date that most collectors would think of when considering six-figure SLQs. This coin also last sold in August of 2012 at Stack's Bowers when it realized $44,063. Highlighting the premium that currently exists for the accepted finest coins, another 1928 in PCGS MS67FH, without the Plus or CAC, sold for $14,400 in March of last year.

Shifting focus to Walking Liberty Halves, it is impossible not to take notice of the 1942 proof, graded PCGS/CAC PR68, that sold for $60,000. Yes, this coin is beautifully and perhaps uniquely toned, but this result blows away the previous record for the date, exceeding those few coins graded PR69. In general, a 1942 PR68 Walker would normally sell for $2,500 to $3,000.

There are many other examples of results like this for 20th century series, including late date Indian Cents, Lincoln Cents, and Full Band Mercury Dimes. Even coins that do not meet these lofty standards are helped value-wise, as these headline coins pull up the entire market. The 1909-S VDB is an example of this, as it shows strong increases across the board in this issue.

Subscribe to October 2021 edition of Monthly Greysheet for the industry's most respected pricing and to read more articles just like this.