Affordable Error Coins to Add to Your Collection

Clashed die error coins are a very affordable way to start collecting error coins. You can find these in circulation or cherrypicked from a coin dealer stock. 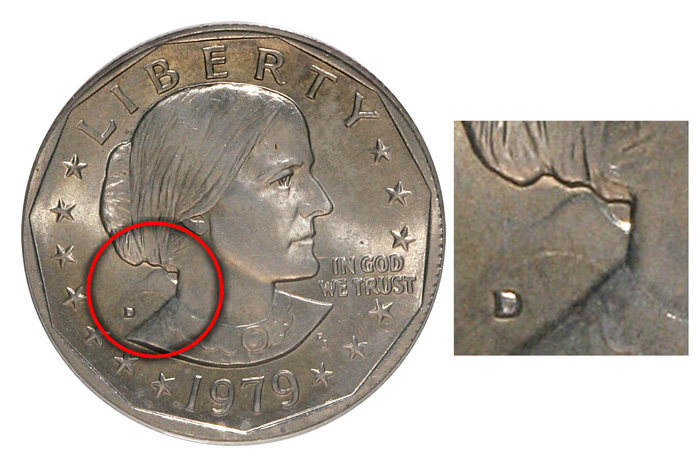 A clashed die error happens when coin dies come together in the coining press without a planchet between them. This clashing of the dies causes an imprint of each die to be left on the opposing die face. In other words, an impression of the obverse die is left on the reverse die, and vice versa. Although the United States Mint usually makes an effort to clean up these marks, they are sometimes visible on the coins that are released into circulation.

How Does It Happen?

Planchets are rapidly fed into modern coining presses automatically using a mechanical arm called a "feeder." If a planchet fails to load into the feeder arm, the coining chamber will be empty, and the obverse and reverse die will come together without a planchet to absorb the blow.

Since coin dies have an incuse mirror image of the coin design, the resulting clash marks will also be incused on the die. Remember, the highest points on the working coin dies are the fields and the bottom edge or outline of the design elements. As the damaged die continues to strike coins, the resulting damage will be in relief on every coin produced from the defective dies. The damage will only be visible in the flat fields of the coin since the recessed parts of the die do not come in contact with each other during the clash. 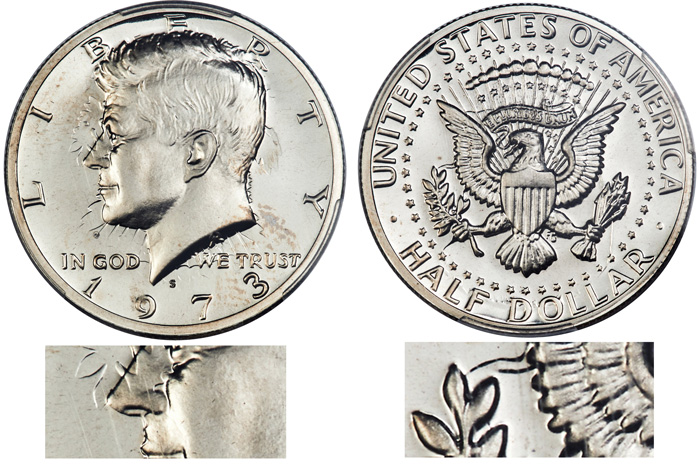 This is the most common type of clashed die error. It occurs when the coin dies are properly aligned in the coining press when a planchet fails to get fed into the coining chamber. The resulting damage on both the obverse and the reverse die is evenly centered across the entire surface of the die.

Multidenominational Clashed Dies are the rarest of the three different types of clashed die errors. When two dies of different denominations come in contact with each other, it leaves an impression of the other die in the fields of the coin die. This is highly unusual since coin dies are usually matched in the coining press to the denomination they are producing. There are three known examples of Flying Eagle cents that possess the MCD error.

How Much Are Clashed Die Errors Worth?

The two significant factors that affect the value of clashed die error coins are visibility and demand. If the damage on the coin die is extremely deep and well pronounced, it will be readily recognized by any coin collector. If the damage is shallow and hidden in the fields of the coin, it will not be highly visible and may be overlooked by a coin collector. A highly visible clashed die error in a common business strike coin may add a $15 to $50 premium to the value. Clashed die errors on proof coins and rare coins can run into the thousands of dollars.

The most in-demand clashed die error coins are Morgan and Peace Silver dollars. Since the publication of the "Comprehensive Catalog and Encyclopedia of Peace and Morgan Silver Dollars" by Leroy Van Allen and George Mallis, also known as the VAM book, significant collector interest in Morgan and Peace silver dollars clashed die errors has increased the demand for these coins.