By Joshua McMorrow-Hernandez, Editor I love collecting mint sets. Like many other hobbyists, I built a complete run of uncirculated sets ranging from 1959 through the 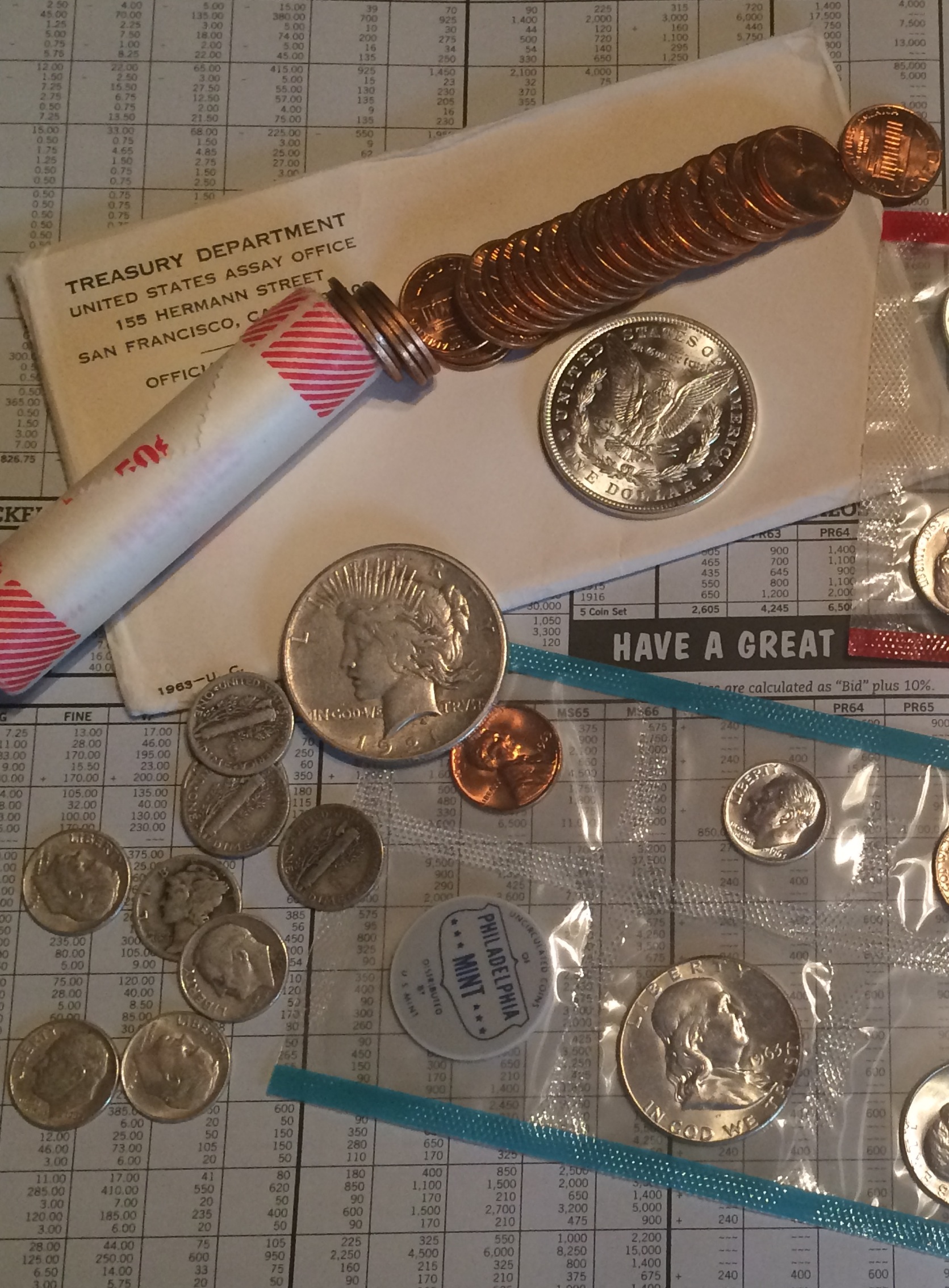 I love collecting mint sets. Like many other hobbyists, I built a complete run of uncirculated sets ranging from 1959 through the present. In building this large collection of uncirculated sets, I’ve gained some knowledge on the variety of mint set packaging formats over the years. Maybe my interests in collecting mint sets with their original packaging stem somewhat from one of my other pastimes: my love of vintage theme park maps and brochures – ephemera as we paper-loving hobbyists call such paper collectibles.
Pre-2007 uncirculated mint sets were originally packaged in paper envelopes, and as I learned when building my mint set collection finding complete uncirculated sets with clean envelopes can actually be a challenge – especially in the case of the pre-1970s mint sets. In many cases, mint sets from the 1960s, and especially those from before 1965, are often encountered with envelopes in horrendous shape. From post-Mint writing and postage stamps to stains and tears, these early mint set envelopes are difficult to find in good, clean condition. That is, of course, of the mint set even comes with the envelope at all.
And, because my mint set collecting goals include finding sets in complete, original condition with all packaging, I wasn’t just looking for “any” mint sets – I wanted those in nearly perfect shape. In my pursuit of these “complete” mint sets, I noticed something unusual. Some early mint sets advertised with “original” packaging looked off. I couldn’t put my finger on it at first.
But then, it struck me – some of those mint sets with “original envelopes” didn’t have their original envelopes at all. They were being sold in new, aftermarket envelopes that were designed to resemble the original government-issued envelopes. I didn’t realize this was even a “thing” until I dug deeper and found distributors on eBay selling bulk packages of envelopes for mint sets and pre-1968 proof sets. These manila-style envelopes are actually being printed with markings that are designed to look like the original mint envelopes.
Generally, these mint set envelope reprints contain all of the correct inscriptions, including the TREASURY DEPARTMENT slug and physical addresses, with the year of the set denoted on the bottom-left corner of the envelope. I find the paper quality with these new envelopes different than the original envelopes, and a sharp eye will notice slight differences between the font and heaviness of ink on the original envelopes versus the original – distinctions that would only really become evident after looking at enough mint set envelopes for a time.
There is one huge telltale difference between the original mint set envelopes from before 1963 and the aftermarket mint set envelopes for those same sets. The original mint set envelopes for the sets from the 1950s and early 1960s generally have only a two-digit code number (“12,” “28,” etc.) in the bottom left corner where on envelopes from the later ’60s and early 1970s denote the year of the uncirculated set within with the code “1963 U.C., “ “1964 U.C.,” and so on.
The question I ask as a coin collector and ephemera hobbyist is, are these aftermarket envelopes defrauding the coin-buying public or merely filling a gap for collectors who wish to house their mint sets that don’t no longer have their original envelopes? Whether these aftermarket mint set envelopes are a harm or help isn’t for me to decide. But if you’re a purist like me, you’d probably agree a 1959 mint set packaged in a brand-new envelope that is but a rough facsimile of the original envelope is not the “real McCoy” and certainly should not be advertised as “original.” But that’s just my two cents…
|  Tags: market commentary

I think there is a mistake in the next to last sentence of this article. Don't you mean (fake envelopes) certainly should not be advertised as "original"? You left out the word "NOT", which of course is pretty significant. Otherwise, interesting article. My own opinion is: It all comes down to intent. Was the seller intending to deceive the buyer? As far as I'm concerned that is fraud. But if it is clearly marked as aftermarket non-original packaging, I wouldn't have any problem with it.

A minor typo but I believe you intended to say in your last sentence "should not be advertised as original."