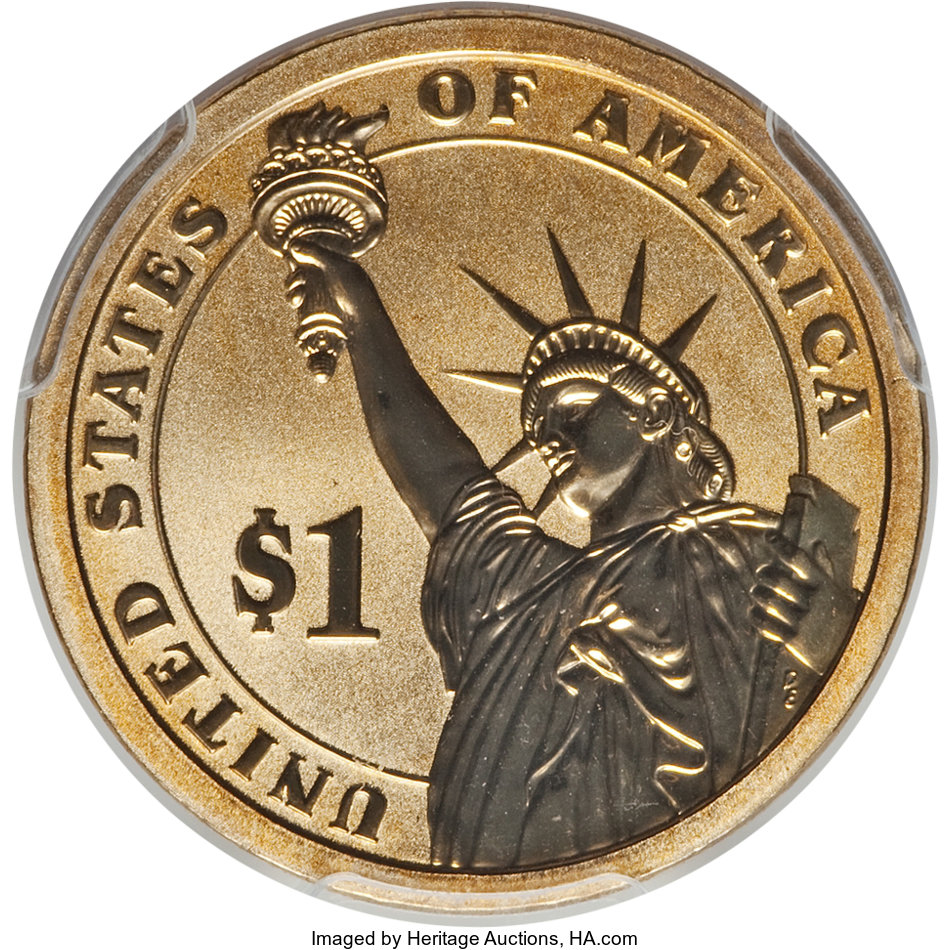 The American Innovation $1 Coin Act was signed into law by President Donald Trump on July 20, and now the Citizens Coinage Advisory Committee (CCAC) is planning to discuss new designs via teleconference on July 31. The American Innovation $1 Act, authorized as Public Law 116-197, has been many months in the making, having ventured its way through the channels of Congress and finally gaining approval in the U.S. Senate by voice vote on June 20 and passing with unanimous content in the House a week later on June 27.

The new coin program, proposed as H.R. 770 by Representative James A. Himes, D-Connecticut, will not necessarily put new dollar coins into circulation, but it should still get coin collectors – and likely many non-numismatists – talking as each of the new issues honor an individual innovator or groups of innovators whose brainchildren have had significant impacts on American culture. There will be at least 56 coins issued, including one for each of the 50 states, and six to recognize individuals hailing from the District of Columbia, Puerto Rico, and the outlying U.S. territories. Furthermore, the new dollar coins will be issued in the order in which each state, district, or territory was admitted to the Union. This means the coins will be issued in a similar fashion to the 50 State Quarters and will thus begin with the state of Delaware.

Four coins will be issued each year beginning in 2019 and releases will continue over a 14-year period, with the number of finishes or other issue-specific variants being determined by the Secretary of the Treasury. Each new dollar coin, presently slated for release only as numismatic issues, will be struck in accordance to overall demand for the series. Presumably, that means there will be, perhaps, approximately 2 million to 5 million examples of each issue, at least given the figures seen during the latter period of the Presidential dollar series, which became a numismatic-only program after 2011.

While the American Innovation $1 Coin series begins in earnest during 2019, it seems the Treasury secretary has elected an option that unveils a generic dollar coin dated 2018. Designs are still in preliminary stages, but the Act mandates a common obverse featuring a depiction of the Statue of Liberty “extending to the rim of the coin and large enough to provide a dramatic representation of Liberty.” This is the design slated to appear on the obverse of the 2018 dollar. Meanwhile, the reverse of the 2018 dollar will bear a likeness of the George Washington’s signature as seen on the first patent, issued in 1790. The coins will also carry incused edge inscriptions, including the date, mintmark, motto “E PLURIBUS UNUM,” and 13 stars.

The arrival of the American Innovators dollar coins will not interrupt the ongoing Native American dollar series, which was introduced in 2009. Production of those coins will continue indefinitely.