Every year, the American Numismatic Association (ANA) recognizes members who go above and beyond with their service and dedication to numismatics. The following awards, which are presented at the World's Fair of Money®, will be awarded during the Member & Awards Celebration, Thursday, Aug. 18 at 3 p.m. in room 25/26 of the Donald E. Stephens Convention Center in Rosemont, Illinois.

The Adna G. Wilde Jr. Memorial Award for Exemplary Service recognizes collectors and hobbyists who are active at the regional and/or national level and work to advance numismatic knowledge among the general public. Recipients promote and strengthen the hobby by serving as club officers, newsletter editors, coin show volunteers, and the like. This year, three individuals will be recognized: Patrick McBride, David Schenkman, and Jeffrey Swindling. 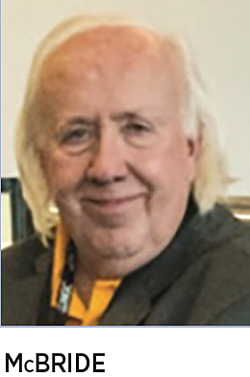 Patrick McBride joined his first coin clubs in the mid '80s, all in western Pennsylvania, and has consistently volunteered for those organizations since then. He holds several offices for the Pennsylvania Association of Numismatists and was the host club chair for the ANA's 2019 National Money Show®. He has contributed extensively to the ANA's educational efforts, including loaning several of his rare issues of The Numismatist when the ANA digitized the entire run of the magazine in 2015. Additionally, he lobbied for both versions of the bills proposing the creation of 2021 Peace and Morgan dollar centennial commemoratives. His efforts contributed to the successful passage of the legislation. 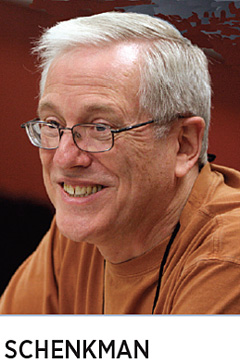 The Numismatist "Tokens & Medals" columnist David Schenkman has cheerfully and selflessly contributed countless hours to both the ANA and any fellow hobbyist who has sought his expertise. He has taught ANA Summer Seminar classes and has given talks for local, regional, and national numismatic organizations. He regularly shares his knowledge through the many columns, books, and articles he has written over the past five decades. A former president of the Token and Medal Society (TAMS), he was editor of the TAMS Journal from 1982-2010 and currently serves on the board of directors. The recipient of dozens of literary and achievement awards – including numerous ANA Heath Literary Awards – he was inducted into the ANA Hall of Fame in 2015. 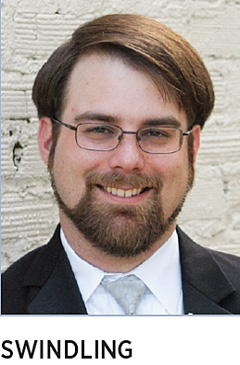 Jeffrey Swindling has recruited over 500 members to the ANA in addition to donating his time as a regular ANA convention volunteer and district representative. He is committed to sharing the hobby with the next generation and has served as a Coin Collecting Merit Badge counselor since 2002, helping thousands of scouts earn their badges. During his time as chair of the ANA's YN and Scout Committee, he instituted several key initiatives, including the "Coins for A's" and the ANA College Scholarship programs. Swindling has received several ANA Member Booster Awards and continuously shares his extensive knowledge with collectors and non-collectors alike.

The ANA's Medal of Merit honors individuals at the regional and/or national level who have dedicated numerous years of service to the ANA and hobby. This year's recipients are passionate volunteers who spread the joy of numismatics everywhere they go. 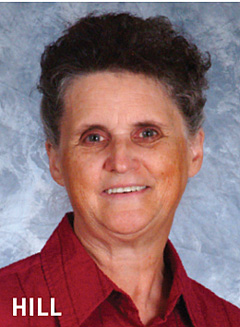 Sandra "Sandy" Hill worked as an employee in the ANA's membership department for 21 years until she retired. She now serves as a national volunteer and recruits throngs of new members at ANA conventions every year. She became a member of the Century Club in 2016 and has received the John & Nancy Wilson Member Booster Award twice (2019 and 2020). Her cheerful, charismatic persona is magnetic and is glad to help anyone with any task. She has even jumped in as a substitute Summer Seminar instructor when the scheduled teacher experienced travel delays.

Since 2011 she's served as a district representative for Washington. She founded the Kalama Coin Club in Washington in 2008 and currently serves as its president. She also plans to introduce an incentive program for youngsters using world coins as educational tools.

Hill's work ethic demonstrates that one doesn't need to be a scholar to be an instrumental member of the numismatic community. She was recognized with an ANA Presidential Award in 2011 and Glenn Smedley Memorial Award in 2013. 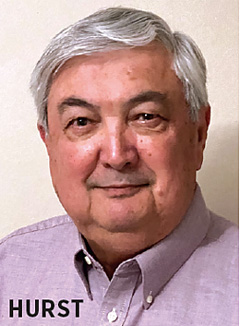 During his 45 years of service, Bob Hurst has volunteered and exhibited at many coin conventions. He has also judged displays and given educational talks at state shows hosted by the Florida United Numismatists (FUN), Central States Numismatic Society, Georgia Numismatic Association, and others. He was the bourse chair for the Blue Ridge Numismatic Association for six years. A respected leader, he currently serves as president of both FUN and the Tennessee State Numismatic Society, where he's been instrumental in stabilizing the latter organization's finances.

Hurst developed an interest in ancient coins in 1973 while he was serving overseas in the U.S. Air Force, and he founded a club for like-minded collectors in San Vito dei Normanni, Italy. He participated in several archaeological digs in the country, and he led a dig under the auspices of the National Museum in Napes that unearthed an assortment of Roman coins. As a dealer and enthusiastic student of ancient and world issues, he's become an authority on these pieces, particularly crown-size coins and talers, and he's given numerous educational talks on the topic. Hurst has been recognized with several hobby accolades, including two ANA Presidential Awards (2007 and 2021), the Numismatic Ambassador Award (2008), and the ANA Glenn Smedley Memorial Award (2009). 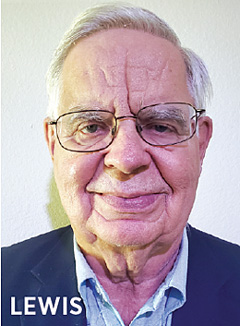 Gary Lewis served in the U.S. Air Force, which took him on a journey from Illinois to Thailand to Colorado to Florida, and his travels didn't stop there. He's attended 54 ANA conventions since his first in 1963 and has visited all 50 states, attending coin shows or club meetings in about half of them. Lewis became an ANA district representative for Colorado over 50 years ago, and since then, has served in many capacities for the Association, including chief exhibit judge, National Coin Week chair, regional representative, governor, vice president, and by 2003, he was elected president. He has served on more ANA committees than anyone else in Association history, and today, he mentors students enrolled in the ANA's Numismatic Diploma Program. A creative problem-solver, Lewis offers forward-thinking ideas. Years before technology evolved to its current state, he was looking ahead to the digital world he knew was imminent.

Lewis has served as an officer in nine local and regional clubs, including six presidencies in a 47-year time span. While he was president of the Colorado Springs Coin Club from 1972-74, he started the annual coin show that is now integrated with Summer Seminar. His reach extends beyond the collecting community – he was a member of the U.S. Assay Commission in 1974 and chaired the Florida State Quarter Selection Committee from 2001-2003. Lewis has written articles for several numismatic publications on a variety of topics that have interested him in his 66 years of collecting. He was named the ANA's Outstanding Adult Advisor in 1979 and received the Glenn Smedley Memorial Award in 2005. 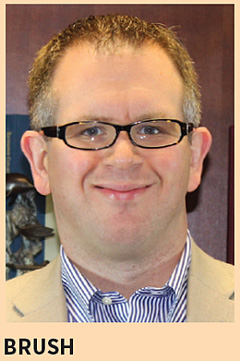 The ANA has named John Brush the 2022 Harry J. Forman Dealer of the Year. Presented annually, the award honors a professional numismatist who shows uncommon dedication to strengthening the hobby and the ANA; exhibits high ethical standards and integrity; and treats all members of the numismatic community and the general public fairly and consistently.

The Virginia Beach, Virginia, resident is well-known for his role as president of David Lawrence Rare Coins (DLRC), a position he's held since late 2015. Brush joined the company as a staff numismatist in 2006 after working as a wholesale trader at Spectrum Numismatics (now Stack's Bowers Galleries). As president, Brush oversees the direction of DLRC and serves as the chief buyer, traveling to all major shows on an annual basis. He is respected for his inviolable ethical standards and oversees what many consider the leading website in the industry. Brush also assists with curating the D.L. Hansen Collection for his business partner Dell Loy Hansen, a Utah real estate and business mogul.

Brush serves as chairman of the National Coin and Bullion Association and is the treasurer for the Professional Numismatists Guild. The former Summer Seminar attendee and later instructor has been a hobbyist since age five. He joined the ANA in 1987 at the urging of his father, and he has inspired countless others to do the same.

The American Numismatic Association is a congressionally chartered, nonprofit educational organization dedicated to encouraging the study and collection of coins and related items. The ANA helps its nearly 28,000 members and the public discover and explore the world of money through its vast array of educational and outreach programs as well as its museum, library, publications, and conventions. For more information, call 719-632-2646 or visit money.org.