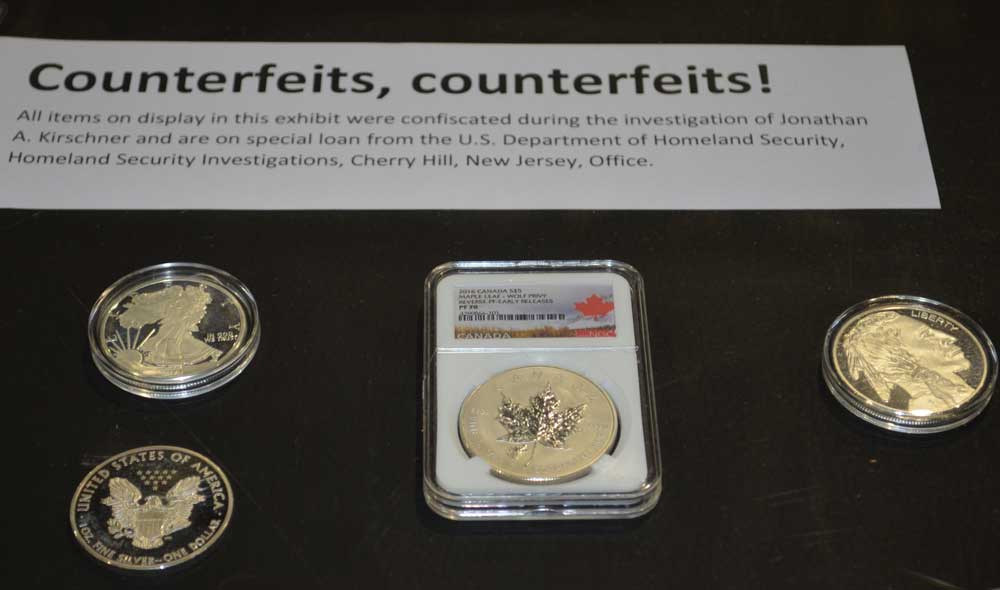 Funded only by donations, the nonprofit ACEF worked with law enforcement agencies in 2020 to protect collectors, dealers and the general public by removing counterfeits from the marketplace.

(Temecula, California) – Funded only by donations, the nonprofit Anti-Counterfeiting Educational Foundation (www.ACEFonline.org) worked with law enforcement agencies in 2020 to protect collectors, dealers and the general public by helping remove from the marketplace over $1 million of counterfeit rare coins and precious metals items, according to a year-end update from the foundation.

Among the cases, ACEF and its Anti-Counterfeiting Task Force (ACTF) assisted Customs and Border Protection investigators in seizing over 1,500 counterfeit silver American Eagles at Dallas-Fort Worth International Airport and aided two investigations by the U.S. Treasury Department’s Office of Inspector General (OIG) involving the seizure of fake rare coins valued at over $450,000.

“The ACEF Task Force has over 80 active cases being reviewed and investigated. During 2020 we assisted law enforcement agencies in locating and seizing over $1 million dollars in counterfeit coins and precious metals,” said Davis who conducted a half dozen anti-counterfeiting seminars for law enforcement officers across the country during the past year.

With assistance from the Anti-Counterfeiting Educational Foundation, New Jersey legislators are considering a law that would impose criminal penalties for anyone selling counterfeit coins and precious metals.

“To effectively combat counterfeits, all states need to have statutes that address counterfeit coins and precious metals and provide criminal penalties. This would allow local, county and state law enforcement officers the tools to investigate, arrest and prosecute counterfeit coin and precious metal cases at a state level. ACEF is in the process of identifying states that do not have current statutes and providing legislators with a model bill for review and adoption,” said Davis.

“The work of the Anti-Counterfeiting Task Force is supported entirely by donations made to the Anti-Counterfeiting Educational Foundation, a non-profit corporation,” emphasized ACEF Executive Director Robert Brueggeman. “The donations, large or small, are making a difference to help prevent collectors, dealers and the general public from becoming victims of fakes.”

Monetary contributions can be made online at www.acefonline.org/donate or by check mailed to ACEF, 28441 Rancho California Rd., Ste. 106, Temecula, CA 92590. For additional information about donating, contact ACEF Executive Director Brueggeman at info@ACEFonline.org.