One of the most exciting aspects of the numismatic hobby is the discovery of previously unknown pieces, or pieces that are known only to a select group of specialists. 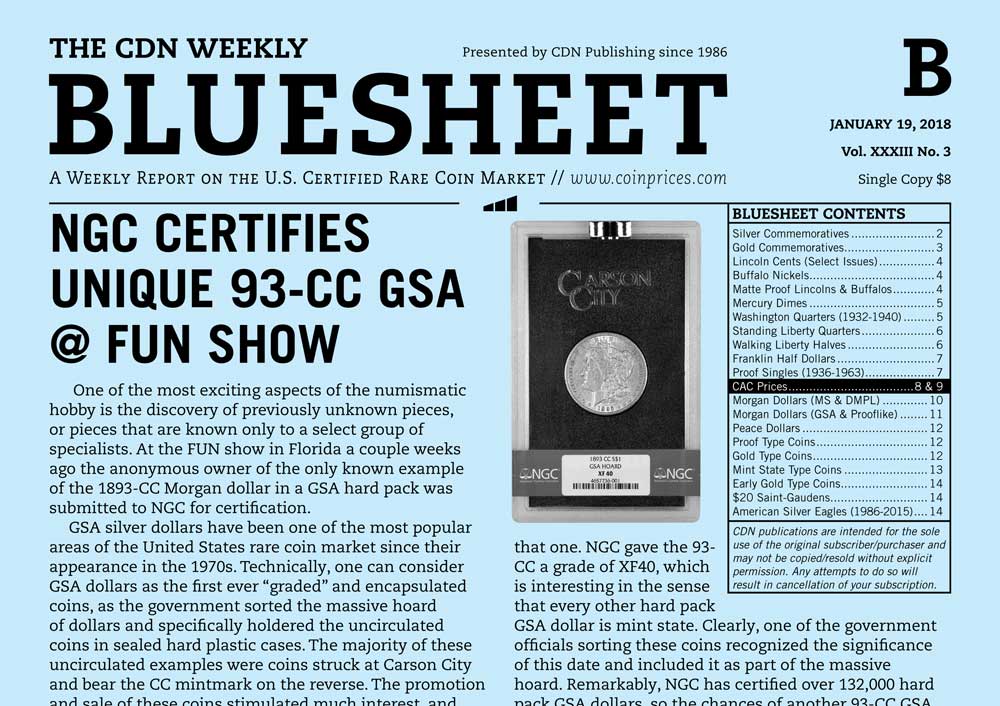 One of the most exciting aspects of the numismatic hobby is the discovery of previously unknown pieces, or pieces that are known only to a select group of specialists. At the FUN show in Florida a couple weeks ago the anonymous owner of the only known example of the 1893-CC Morgan dollar in a GSA hard pack was submitted to NGC for certification. 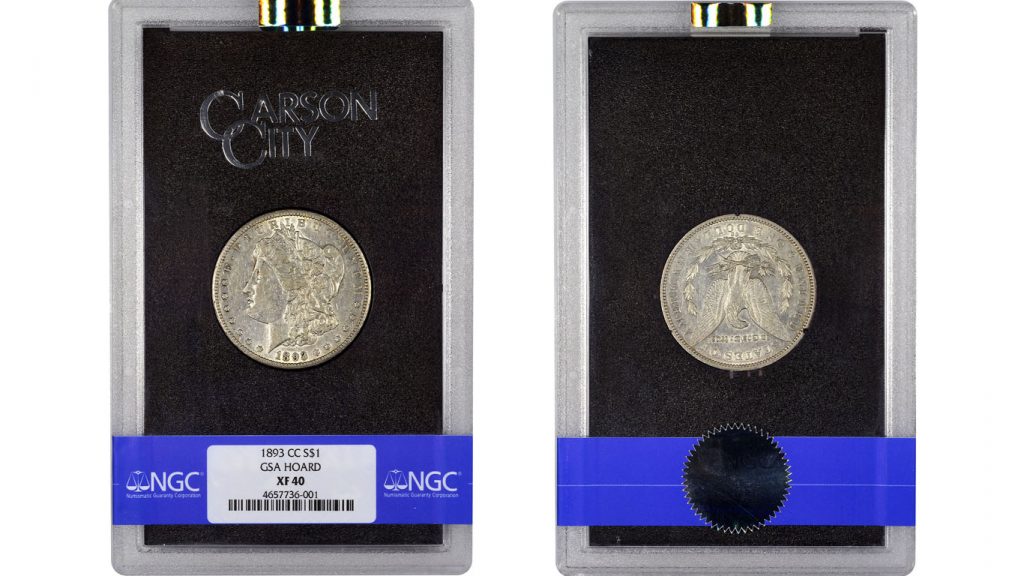 GSA silver dollars have been one of the most popular areas of the United States rare coin market since their appearance in the 1970s. Technically, one can consider GSA dollars as the first ever “graded” and encapsulated coins, as the government sorted the massive hoard of dollars and specifically holdered the uncirculated coins in sealed hard plastic cases. The majority of these uncirculated examples were coins struck at Carson City and bear the CC mintmark on the reverse. The promotion and sale of these coins stimulated much interest, and GSA dollars today remain among the most liquid and frequently traded segments of the entire U.S. coin market. An advantage that Carson City dollars have, aside from their Old West aura, is that it is a relatively short set to complete, albeit an expensive one if the collector desires a mint state example of each date. The challenge is exponentially more difficult if one wants to have a complete set of GSA Carson City dollars, as with this newly-graded coin there is just one such set possible.

This feat remains technically impossible as there are no known 1892-CC dollars in a GSA holder, but for this article we will intend a “complete set” to all dates minus that one. NGC gave the 93- CC a grade of XF40, which is interesting in the sense that every other hard pack GSA dollar is mint state. Clearly, one of the government officials sorting these coins recognized the significance of this date and included it as part of the massive hoard. Remarkably, NGC has certified over 132,000 hard pack GSA dollars, so the chances of another 93-CC GSA turning up is, for all intents and purposes, close to zero. Adding further rarity to a complete set of Carson City GSA dollars is the fact that another famous date is unique in the GSA holder—the 1889-CC. That coin is also certified by NGC, grading MS62 DPL (Deep Proof Like).

THE MARKET THIS WEEK

In addition to some updates in the GSA section, other pricing updates this week include classic commemoratives, Franklin halves, Standing Liberty quarters, and Saint Gaudens. As we begin to sift through the sales results of the Heritage FUN auction we will have updates for numerous other series in the coming weeks.