The Fábrica Nacional de Moneda y Timbre - Real Casa de la Moneda will soon release to the public the Spanish 999.9 ‰ gold bullion coin, weighing one troy ounce, 31.10 grams, with a face value of 1.5 euros, and a maximum mintage of only 15,000 units, dedicated to the bull, as a continuation of the first Spanish bullion coin issued in 2021, which was dedicated to the Iberian lynx.

This coin presents, compared to other collector coins, a retail price adjusted and close to the value of the metal it contains, which will be established on the basis of the real-time gold price (Spot Price) at the time of purchase increased by 10 percent.

Following the sales success of the first issue (year 2021), of which there are only a few units left to reach the maximum mintage, this is the second year that bullion coin has been issued in Spain, designed and struck by the Fábrica Nacional de Moneda y Timbre, marketed for the national and international market, covering new demands, and joining the most important mints in the world that issue bullion coins.

The aim of these coins is to project the Spanish image and culture, with the choice of animals representative of Spain on the reverse, starting in 2021 with the Iberian lynx and continuing in 2022 with the bull, and an image of the “columnario”on the obverse, an unmistakable symbol of the historic Spanish silver coin that is recognized worldwide within numismatic culture. The “columnario”, chosen as the common obverse for Spain’s bullion coins, has been modified with respect to the 2021 coin, updating its design.

The coin is presented in reverse Proof quality, i.e. the background is matte while the engraved relief has a mirror effect. 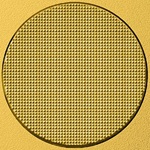 The distinguishing feature of the 2022 issue, which makes it unique in the world of bullion coins, is the inclusion on the obverse of a security measure patented by the Fábrica Nacional de Moneda y Timbre - Real Casa de la Moneda itself, the quadruple latent image. This security measure makes it possible to see four different images in the same space on the coin, depending on the incidence of light and the angle at which it is viewed. The coin features the mintmark, a five-pointed star, the graphic euro symbol and the silhouette of the “columnar”.

On the reverse of the coin is an image of a bull. To its left is the mintmark and the year of issue 2022. On the right, in circular ascending order and in capital letters, the legend TORO (BULL). At the top, horizontally and in capitals, the value of the coin is 1.5 EURO. The motifs and legends are encircled by a pinion-shaped graphite.

The obverse shows a representation of the motifs and legends of a columnar type royal: two hemispheres under a royal crown, flanked by the Pillars of Hercules with the motto PLUS VLTRA (FURTHER BEYOND), all over a sea with waves. The mint mark, a five-pointed star, the graphic symbol of the euro and the silhouette of the colonnade appear in a circle in the upper center of the coin, in the form of a four-fold latent image. At the top, in a circular shape and in capital letters, the legend FELIPE VI REY DE ESPAÑA (FELIPE VI KING OF SPAIN) appears. At the bottom of the coin, in circular letters, the legend 1 ONZA 999,9 ORO. The motifs and legends are encircled by a pinion-shaped graphite.

*The retail price of the coin will be determined at the time of the transaction by the REUTERS XAU= gold spot price, the real-time price of physical gold transactions at that time, plus a margin of 10%.