The first part of this series was about classic U.S. copper coins. The second focused on Buffalo nickels. The topic here of the third part is CAC approved Barber Dimes that have sold for less than $150 each. 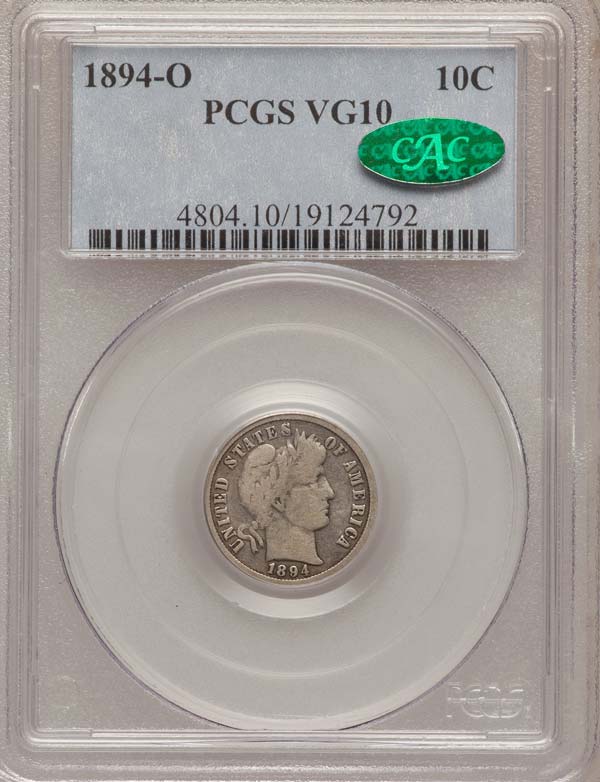 The first part of this series was about classic U.S. copper coins. The second focused on Buffalo nickels. The topic here of the third part is CAC approved Barber Dimes that have sold for less than $150 each.

Of course, a set of CAC approved Barber dimes cannot be completed for less than $150 per coin. The overall theme is that many CAC approved coins are modestly priced. Auction reports and headlines in publications often feature coins that sold for vast sums. Collectors should realize that many collecting projects are not very expensive in the context of market values for classic U.S. coins. Excellent collections may be built for modest amounts. 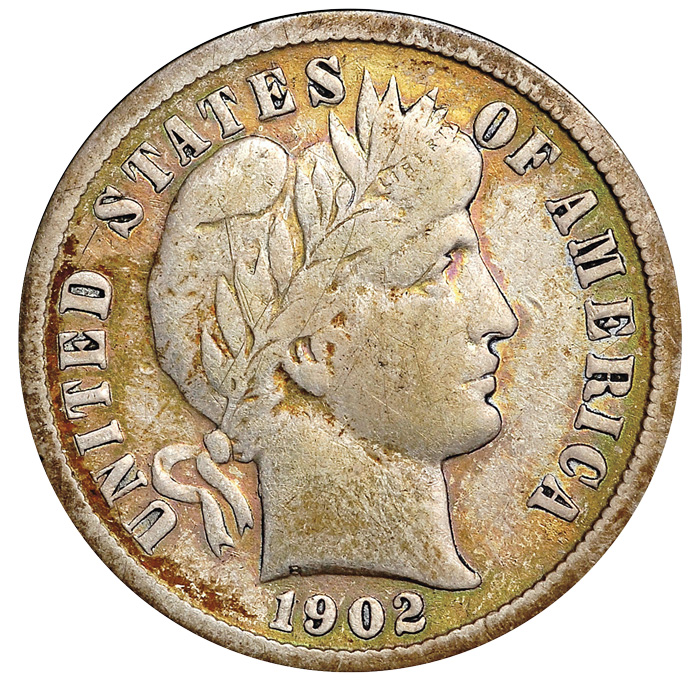 Additionally, collectors who are unsure as to how to proceed and collectors who wish to learn about some series may sample CAC approved coins without spending much money. After reading about coins, buying some relatively inexpensive coins, asking questions, and carefully viewing actual coins, each collector should form a plan that is suitable for him or her. Indeed, it is a good idea to learn before committing to a project that will cost an amount that the respective collector regards as a lot of money.

A secondary theme here is the idea of forming a set of business strike Barber dimes in which the common dates are collected in About Uncirculated to Mint State grades and better dates are collected in Very Fine to AU grades. A collector may save money by purchasing semi-key dates in grades below VF20. The primary theme, though, relates to the idea of collecting relatively low cost, CAC approved coins. Obtaining these should be interesting and educational.

In the premier issue of The CAC Rare Coin Market Review (Vol. I: No. 1, August 2019), I explain my view of the benefits of buying CAC approved coins. As all the coins mentioned herein have been CAC approved after having been graded by PCGS or NGC, I will not mention CAC, PCGS and NGC over and over again. In other words, each coin mentioned here was graded by PCGS or NGC and has a green CAC sticker on its respective holder.

Before acquiring an 1895-O, a collecting plan should be formed. A CAC approved 1895-O would be likely to cost dramatically more than the coins cited in this discussion. 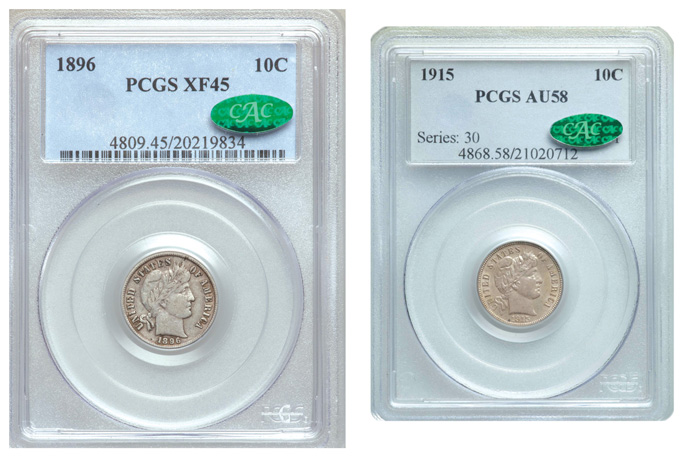 The Newman sale of November 2013 in New York was one of the greatest auctions in the history of coin collecting. Although most of the excitement related to pre-1865 U.S. silver coins that were auctioned during the night of Nov. 15, these three CAC approved Barber dimes are relatively low cost relics from the Eric Newman Collection in general and this landmark auction in particular.

There are many CAC approved Barber dimes from the first decade of the 20th century that sold for less than $150 each over the last ten or eleven years. While no one should count on all these or equivalent items being available soon, these are around and more circulated Barber dimes may very well be approved by CAC in the future, especially if more collectors communicate an interest in them. 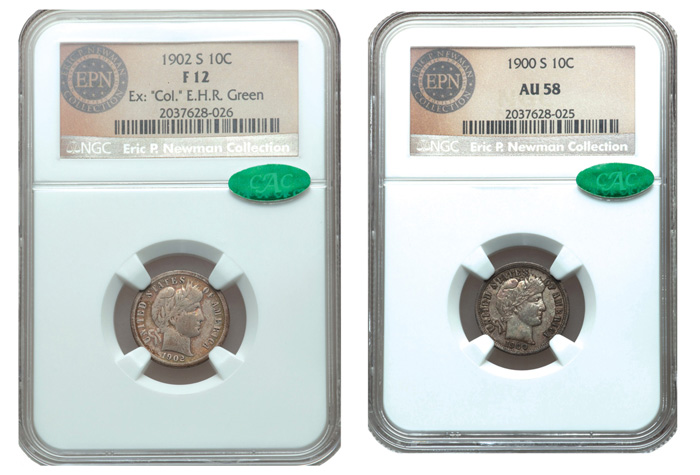 When I was five or six years old, my grandmother gave me a 1914-D dime. Later, she gave me additional Barber dimes, including a couple more dated 1914-D. That first one, however, was very important to me. I treasured it for years. Before I was eleven years old, I aggressively collected Barber dimes.

Regrettably, while I was a college student, I sold most of my collection, including my Barber dimes, to help pay for trips to visit my girlfriend who attended a college in another state. I really wish I had kept that 1914-D. I can still envision it in my mind, around F12 grade with pearl gray devices. The fields were a blend of dark gray and tan. I was more emotionally attached to that coin than I would have been if I had purchased any of the innumerable superb quality Barber dimes that I have examined over the years. I have probably viewed the vast majority of the MS67 and higher grade Barber dimes in existence.

My grandmother gave me a 1915, too. I purchased a 1915-S later. I spent many weekends at coin shows before I was fifteen years old.

The coins cited in this discussion, considered as a group, demonstrate that it is a realistic possibility that a large part of a CAC-only set of Barber dimes could have been assembled over the last ten years without spending more than $150 on any one coin. A collector thinking about a relatively low cost, CAC-only set of Barber dimes, however, should refer to the CAC population report and price guides, while forming a plan. It is important for each respective collector to match a budget with a plan that is practical and will be enjoyable. Collecting coins should be fun.

Subscribe to August 2021 edition of CAC Magazine for the industry's most respected pricing and to read more articles just like this.