CAC Coins For Less Than $150 Each, Part 4: Washington Quarters

The first part of this series was about classic U.S. copper coins. The second focused on Buffalo nickels. The third concerned Barber Dimes. The topic here of the third part is a CAC-only set of regular issue, silver Washington quarters. 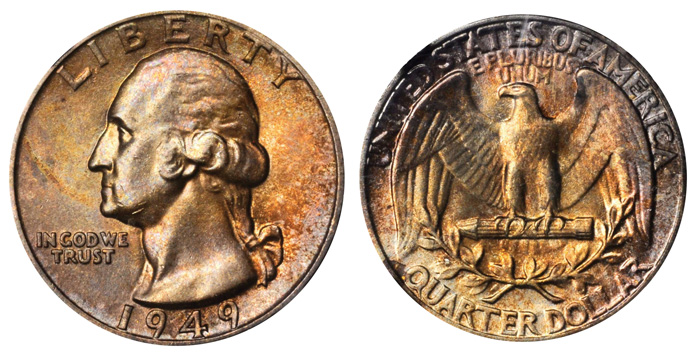 A complete set of CAC approved, silver Washington quarters dating from 1932 to 1964 may practically be completed without spending more than $150 on any one coin.

A complete set of CAC approved, silver Washington quarters dating from 1932 to 1964 may practically be completed without spending more than $150 on any one coin.

The first part of this series was about classic U.S. copper coins. The second focused on Buffalo nickels. The third concerned Barber Dimes. The topic here of the third part is a CAC-only set of regular issue, silver Washington quarters.

It can be done! A complete set of CAC approved, silver Washington quarters dating from 1932 to 1964 may practically be completed without spending more than $150 on any one coin.

The keys to the series are much more expensive than the just mentioned dates. Collectors need to accept some Washington quarters that grade below MS65 to avoid spending more than $150 on any one of them.

The 1936-D may be a major stumbling block in a quest to complete a set of CAC approved Washington quarters for less than $150 each or even for less than $250 each. It is hard to find relatively original and appealing 1936-D quarters. Not many circulated 1936-D quarters were properly stored by serious collectors.

When I was a kid, collectors who I knew often talked about 1932-D and 1932-S quarters. My friends rarely mentioned 1936-D quarters, as 1936-D quarters were not cool. Many advertisements then in coin publications emphasized 1932-D or 1932-S quarters in bold letters or in prominent squares. Once, my father drove me to another state to visit a coin store that had advertised a heavily circulated 1932-S for sale. It is unlikely that we ever considered a long drive to see an advertised 1936-D. I do not remember if I ever bought a 1936-D. 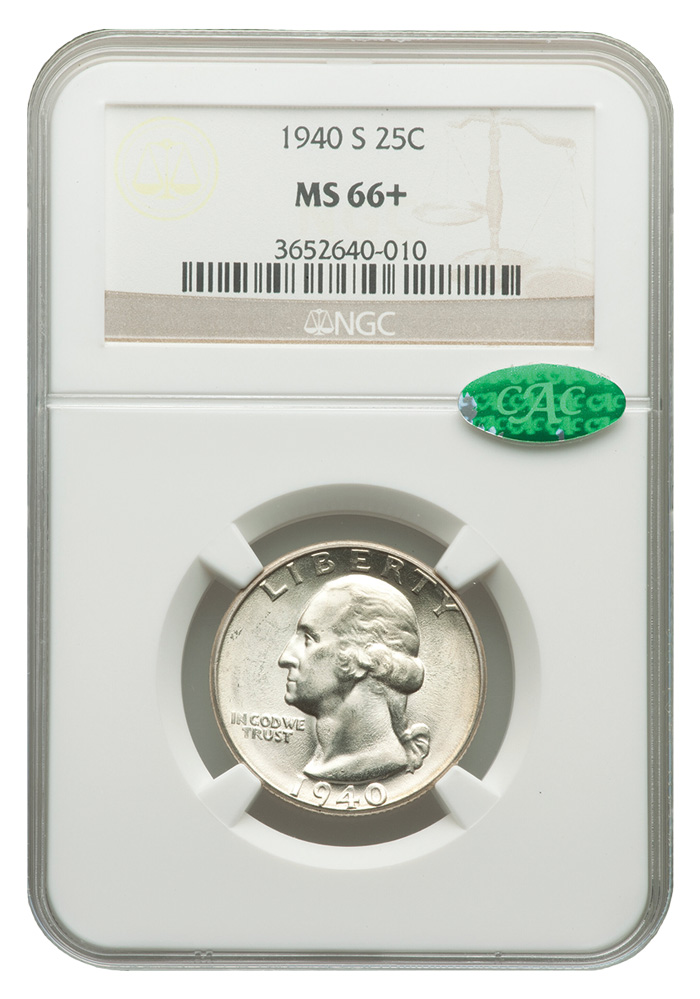 A collector with experience buying coins at coin shows, some familiarity with pertinent dealers and a little imagination, could find a way to purchase a CAC approved 1936-D quarter for less than $150 in the near future. Many dealers like to negotiate deals, even deals with strings attached. Perhaps a deal for a circulated 1936-D quarter could be contingent upon the coin being approved at CAC. 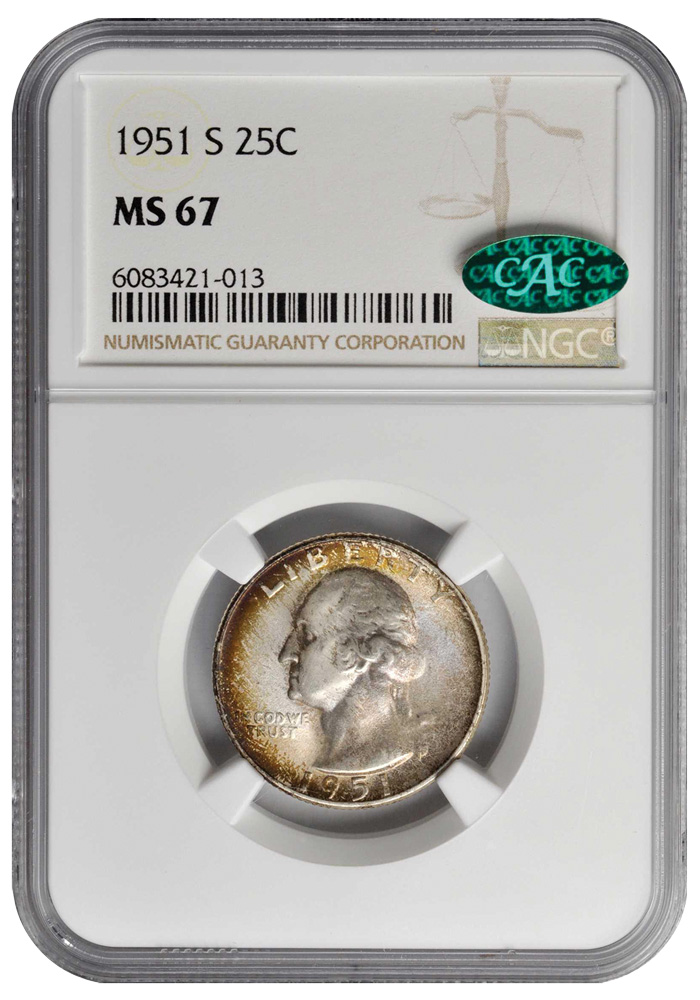 In regards to the vast majority of the dates in the set from 1932 to 1964, a CAC approved MS65 to MS67 grade Washington quarter can be purchased for less than $150 each. Recent public sales of coins from the 1940s and 1930s are relevant.

In addition to keys, semi-keys and common dates, there are better dates for which CAC approved MS65 or higher grade representatives probably may not be purchased for less than $150 each. The 1932 Philadelphia Mint issue is one of these.

CAC has approved three 1940-D quarters in the AU58 grade range, but none lower! If any 1940-D quarters are CAC approved at grades below 58 in the future, they would be likely to retail for prices below $150.

Standard coin references tend to list some die varieties along with the dates in the series of silver Washington quarters. The varieties characterized by slight doubled dies or differences in the boldness of some letters are very subtle and are primarily of interest to people who have been collecting Washington quarters for many years or even decades. People who focus on die varieties tend to like to use microscopes to examine the nuances. Such activities are usually apart from the objectives of budget-minded collectors.

Listings of subtle varieties in standard references dampen the excitement of completing a set by date, and lessen the enjoyment of collecting Washington quarters. It would be better if the grading services did not explicitly identify doubled dies in this series. Specialists can identify, analyze and discuss them in contexts geared towards those who collect by die variety. 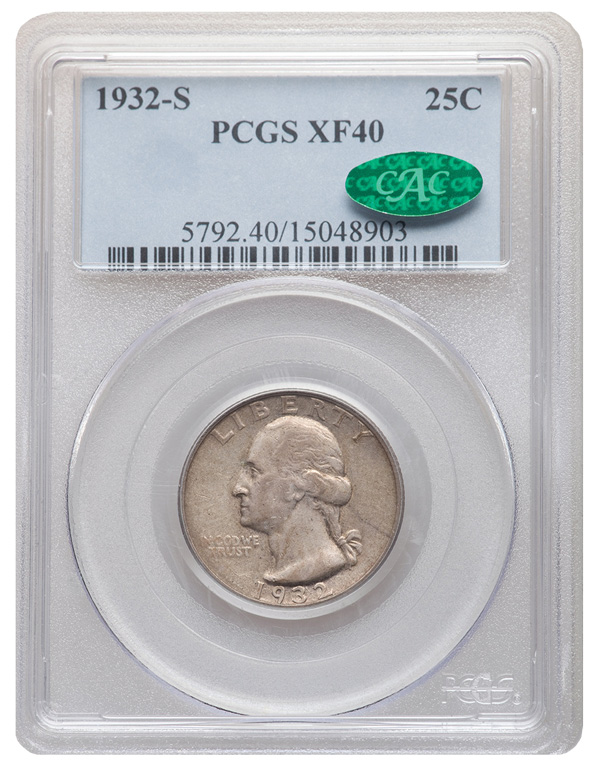 In the context of completing a set by date (including mint locations), it is neat that a CAC-only set of Washington quarters (1932–64) may practically be completed while spending less than $150 for each coin. Such a project may take many months or years, though should be relaxing and fun.

A collector who has much free time may wish to avoid dipped-white Washington quarters, which are easy to find. I suggest seeking coins that have streaks or patches of russet toning, sometimes with green and/or apricot tints. Tones of these colors, occasionally with light to medium blue shades, tend to naturally form on Washington quarters and are often pleasing.

Subscribe to February 2022 edition of CAC Magazine for the industry's most respected pricing and to read more articles just like this.