Certified Collectibles Group® (CCG®) is excited to announce that Matt McClellan, one of the country’s top video game experts, has been hired to build and lead the CGC Video Games grading team. 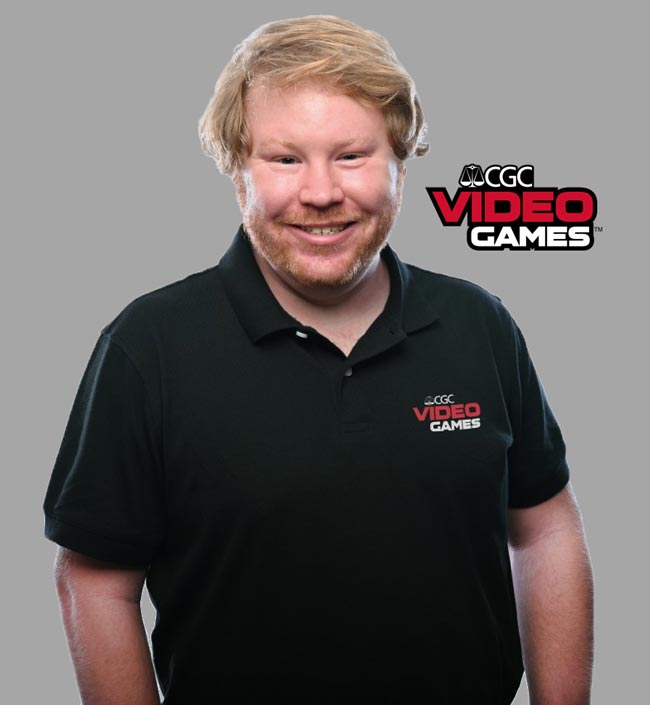 With McClellan on the controller as Senior Video Game Grading Finalizer, CGC Video Games will continue hiring, establish grading standards and begin developing a superior, state-of-the-art holder for video games, with a projected launch of early 2022.

Prior to joining CGC Video Games, McClellan operated an independent video game store for nearly a decade, becoming an authority on video game authenticity, condition and rarity. His video game knowledge is broad and encompasses a vast range of video game consoles, but McClellan is particularly well-regarded for his expertise in authenticating sealed original Xbox games and modern systems in general, as well as all Nintendo games.

When he established his business, McClellan also became a serious video game collector, championing the importance of the hobby and the significance of video games not only to his life but many others. A Super Nintendo with Zelda Link to the Past was his first foray into gaming, and the release of the original Xbox and Halo: Combat Evolved intensified his interest. Currently, he is eager to see what Halo Infinite has in store for the player base.

At CGC Video Games, McClellan looks forward to working with CCG's highly experienced team to develop a grading service that provides high-quality authentication, grading and encapsulation services that benefit the hobby. He sees a bright future for video game collecting, with CGC Video Games offering the confidence to collectors that will further grow and strengthen the market.

“Video games have been part of my entire life, and I’m not the only one who recognizes the influence of video games on our personal identities and our culture, as shown by the growing interest in video game collecting,” comments McClellan. “CGC Video Games will bring a proven and trusted certification process along with high standards of expertise to the video game collecting community, and I am proud to drive that delivery.”

“We are thrilled that Matt McClellan will help build and lead the CGC Video Games team,” says Steven R. Eichenbaum, CEO of CCG. “CGC is the definitive leader in the certification of pop culture-related collectibles and adding video game grading will further solidify this position by bringing our proven processes and expertise to the world of video game collecting.”

With the launch of CGC Video Games next year, the new leader in video game grading will be in another castle — CCG. Want to join McClellan on the CGC Video Games team? Apply at collectiblesgroup.com/careers . Positions are available for grading, receiving, verification, production and more. Look for additional announcements in the coming months.