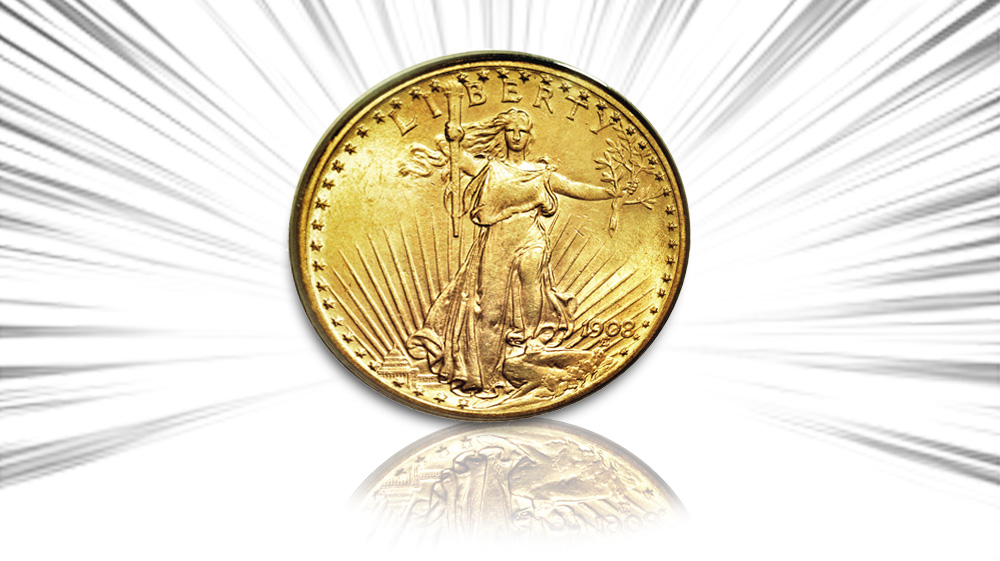 
Our June edition of the Monthly Supplement apparently caused quite a stir among readers—so much so that we felt it would be appropriate to devote this month’s cover story to the topic of how we represent market pricing here at CDN. The reason for the angst was sparked by the introduction of three new pricing columns on page 3, which relate specifically to 20th-century gold issues. We split the pricing of MS63-MS65 coins into two categories: one each for coins that have been CAC approved and those that have not. Decoupling these values has the effect of bringing sharp focus to the ever-growing price spreads on these issues. Most of the feedback we’ve received has been postive and enthusiastic, but we’ve also been taken to task by others who feel that we lowered the previously published levels too quickly—as if delaying the reporting of current market pricing would somehow improve prices (not true).

Resulting dialog we’ve had with readers and key market traders over the past few weeks make this the opportune moment to feature this article to better explain our long-term pricing strategies and hopefully reduce confusion among traders about how market forces affect our pricing. Here at CDN, the key measure of success is that we maintain credibility in the marketplace as having the most accurate pricing information in the world for the areas we cover.

HOW GREYSHEET PRICES ARE DERIVED

To best understand our need for splitting out CAC pricing on 20th-century gold coins, we first need to examine the “formula” for Greysheet pricing. The methods are straightforward but the practice requires a lifetime in numismatics to perfect. The starting point for all pricing is the existing published value. Period. Historical prices matter, which is why we know that 1914-D pennies are valuable, even in low grades. They’ve always been considered a key date and both collectors and dealers seek them out. The same concept applies to 1911-D quarter eagles, a highly coveted issue that bids $2,800 bid in XF.

The second step in evaluating pricing comes from anecdotal market information. Are Indian Head quarter eagles strong now? How does the demand look? Are there any new market bids for these coins since the previous publication? We look into all of these factors and examine the most recent auction price (APR) data to determine if pricing should be adjusted. In the current marketplace, most coins valued over $250 are expected to be certified, and the live/internet auction companies (e.g. Heritage, Stack’s Bowers, Golderberg, Legend, David Lawrence, Lyn Knight, etc) offer critical insight into the levels that coins are trading.

Interpreting this data is still not as easy as it sounds because many coins sell below or above published levels, and we must make a determination as to whether the new value represents a market shift, or not.

Further complicating the matter of pricing is whether or not the coin is CAC approved. If it is CAC approved, and the new trade value is higher than published, should ALL coins of this date/grade reflect this higher number?

The long-standing tradition of pricing coins at CDN has followed the doctrine that Greysheet represents a value for a high-end coin of its grade. Likewise, we are not trying to value an AU coin in an XF holder either. We just want to publish a value for a “nice coin for the grade.” Sounds simple, right? It’s not. When I took over as publisher of CDN in August 2015, CDN had made a long-standing practice of respecting the highest published “sight-seen” bid for a coin on a dealer exchange network like CDN Exchange (CDNX). If a market maker like CAC (the trading arm of the stickering service) wishes to publish buy bids for coins with very selective quality, that’s always been acceptable for use as the Greysheet value, so long as said market maker is reputable for honoring their transactions. By this measure, CAC is the ideal bidder. CAC literally has hundreds of millions of dollars in posted bids for coins they have pre-qualified. Anyone on the CDNX can “hit” their bid, ship the coin(s), and expect immediate payment. In six years’ time CAC has established itself as the single largest market maker across the board on CDNX (or anywhere!).

CAC’s bid values are higher than virtually any other bidder for coins they are competing for, and thus they have supported the market for hundreds of thousands of coins. So reliable are CAC bids now that most sellers bypass CAC altogether and sell their CAC-approved coins for even more money outside the exchange.

Those invested in the rare coin market as a whole should be extremely grateful for CAC’s market support—even if they don’t support the service itself. In many cases, coins would be valued far lower without their bids, and we prefer to maintain the strongest possible set of values in support of a healthy market.

Take, for example, the Heraldic Eagle Draped Bust dollar type of 1798-1803. CAC has maintained a bid of $4,000 in XF40 for this coin for several years, however we count dozens of examples to sell in public auction for levels of $3,000-$3,750. If not for the fact that XF Draped Bust dollars regularly trade in the CAC circuit at around the $4,000 level, we would immediately have to drop the Greysheet prices listed for these issues to reflect their generally lower prices realized at auction. There are many more such examples to be found in Morgan dollars, 19th Century mint state and proof type coins, and so on.

This puzzle has vexed us continuously for the last 18 months, and the spreads between CAC and non-CAC are seemingly growing, not shrinking. Our goal is to best represent a coin’s wholesale value to our readers, so hopefully you better appreciate the complexity of the situation.

WHY ARE CAC PRICES HIGHER THAN NON-CAC?

This is a question we often see posited by collectors on message boards. The reason is simply that CAC has determined that a sub-group of coins from a population meet their (stricter) standards. This has the effect of pre-screening coins they don’t like for technical grading, eye appeal or other issues and liberates them from buying coins they have not already pre-approved. It follows, naturally, that a smaller sample of coins will be worth more than the entire population, due to scarcity. There is nothing new about this. Dealers of “sight-seen” coins on the exchanges have been selective to this degree for decades.

PEOPLE (AND OUR REPUTATION) ARE GETTING HURT… SOMETHING HAD TO GIVE

Over the past 18 months, no particular area of certified U.S. coins has seen a bigger “spread” from sight-seen, or CAC-approved, coins to their non-stickered counterparts, than 20th-century U.S. gold coins. We are specifically referring to the series known as “Indian Head” quarter eagles, half eagles, eagles and Saint-Gaudens types. As your pricing editors here at CDN, we dutifully followed the formula that we would accept the highest exchange bid for a coin to represent on the Greysheet pages. It was very troubling to hear from readers that our prices were “completely wrong and worthless” on these coins. “On the contrary,” we would exclaim. “We are exactly right… for a CAC coin.” Patrick (CDN Editor) and I have written extensively on this issue, but few folks read this far down the page. Finally, we have seen far too many dealers publish their (non-CAC) coins for sale based on the discounted price from Greysheet. For example, “1909-S $20 PCGS MS65 Greysheet is $5,050. Special price: $4,250.” That specifically damages the credibility of our brand and something had to change.

Starting with the June 2017 Monthly Supplement, we have split the values for these coins between CAC and non-CAC. We have now (hopefully) eliminated the ability for dealers to represent values on these coins based on the smaller sub-set of CAC approved examples. Some have asked why we give so much attention to CAC at all. The answer here is that our readers have demanded to see this pricing, and the core collectors of CAC-approved coins are an important constituency to the rare coin hobby. We think that CAC offers a great deal to the order of the coin business, however, an equal amount of confusion is created as well.

To those who argue that we should have taken a “slower approach” when introuding these non-CAC values, we maintain that doing so is far more damaging to our readers’ expectations than the rip-off-the-band-aid approach. It may hurt for a minute but you’re better off in the long run. Unless we are uncertain about market levels (i.e. a single coin doesn’t represent the whole) we will never slowly “stair step” prices because we are concerned that buyers will incorrectly buy at artificially high levels. To those who would still argue in the contrary, we wonder if you call the Wall Street Journal when the Dow drops 200 points to ask them to report minus 50 for four days in a row? Of course not. And nor should you expect CDN to decelerate price reporting.

In the coming months, there will be many other market factors we cannot anticipate, and you can count on CDN to stay abreast of this complicated market and guide you. We also plan to roll out other troublesome series with expanded pricing to reflect more accurate market values. We encourage all of our readers to visit our new pricing pages on our web site for the biggest set of pricing values we offer, as we are quickly running out of space in our printed newsletters. You can find our new pricing at www.greysheet.com/coin-prices.

We have just finished reviewing the market activity over the past 30 days since our publication of the first round of new numbers. Despite some initial pushback from some readers feeling we were too low on non-CAC values, a careful analysis of these numbers has revealed that the market is surprisignly consistent with these new values. Coins mostly traded in a tight range of our published values, and we are pleased to see a handful of new bids as market makers find the new pricing grid easier to work with.