Famously known as "The Penny Lady," she may deal in small change but her business is anything but small. 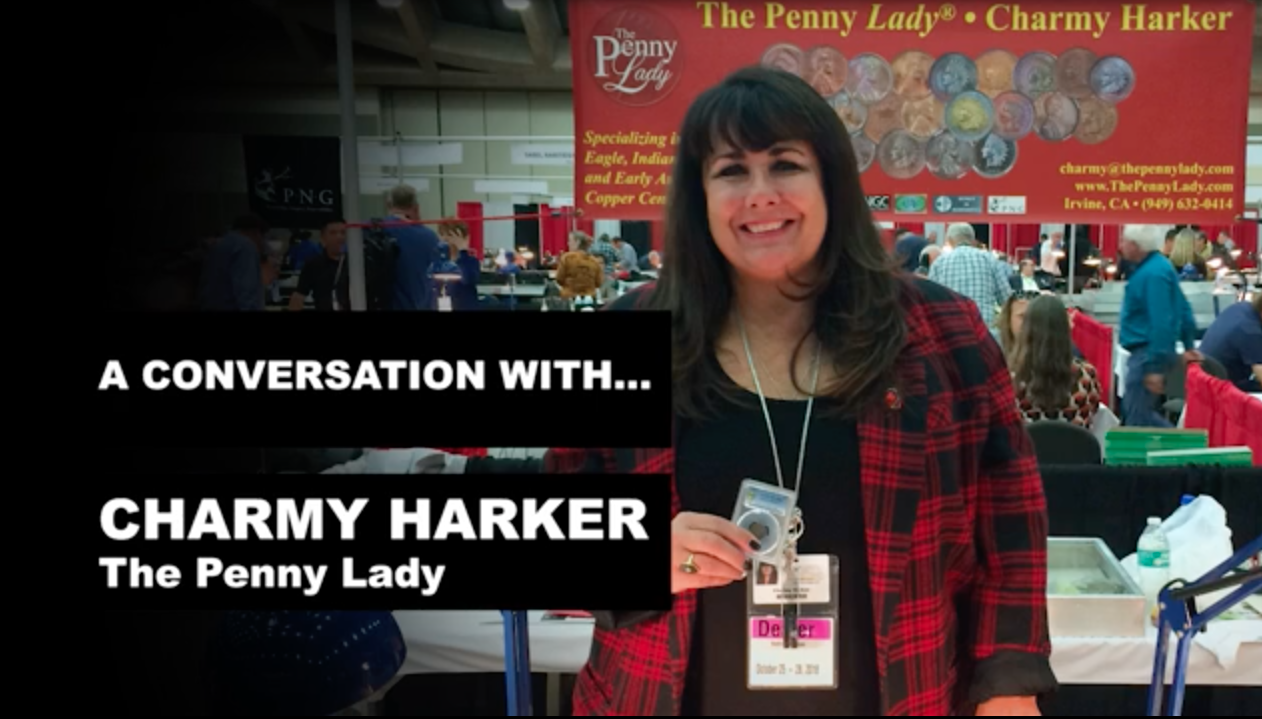 Charmy Harker, more famously known as “The Penny Lady,” may deal in small change but her business is anything but small. The Irvine, California, coin dealer attends many major shows around the country each year, and her inventory includes some of the toughest high-grade and key-date pennies around. Her showcases, which seem to virtually shimmer in reddish-orange hues, contain a wide variety of three, four-, and five-figure Indian Head and Lincoln cents as well as other popular coins.

When I caught up with Harker at the Baltimore Whitman Expo in October 2018, she had just flown in from California with several hundred beautiful pennies, including several major key-dates boasting color and grades worthy of a place in the finest of registry sets. She was also busy buying! She took some time to talk about her beginning in the hobby, and her introduction to coins some 25 years ago began as it does for so many of us – she inherited a coin collection and decided to learn more about the coins. “I didn’t have time to learn all the different series, so I decided to do one at a time,” she recalls. “I picked the penny to start with because the Indian cent is really pretty, and I fell in love with it. I didn’t care to learn about the others.”

After more than 20 years as a coin dealer, Harker as seen her share of pretty pennies. One particular Indian Head cent was among the top offerings at her booth in the Baltimore Expo coin show. It was an 1873 Doubled Liberty MS64BN, “a tough coin to find in uncirculated condition,” she explains. Lincoln cents also dominate her inventory and one specific beauty stood out: a 1916 PR66RB matte proof. “I hadn’t had one in a while. The ’09 VDB [proof Lincoln cent] is super tough, but the 1916 [proof] is the second.”

This is a message for Charmy. Let me introduce myself. My name is Don Moore and I just recently opened my store Modern Coin Assets on Ebay. I remember meeting Charmy at a CSNS convention in Cincinnati, Ohio at the Duke energy center in 2009 or 2010. Her exhibit there was awesome. I sold her a really beautiful red gem Lincoln Memorial cents collection at the time. I would certainly like to say like Charmy I have collected the nicest Lincoln cents for about 40 years. I have a set of wheats that she would probably love to see. I will do my best to reach the Penny Lady as soon as possible.