Roosevelt dimes are among the most underrated of all modern United States coins. 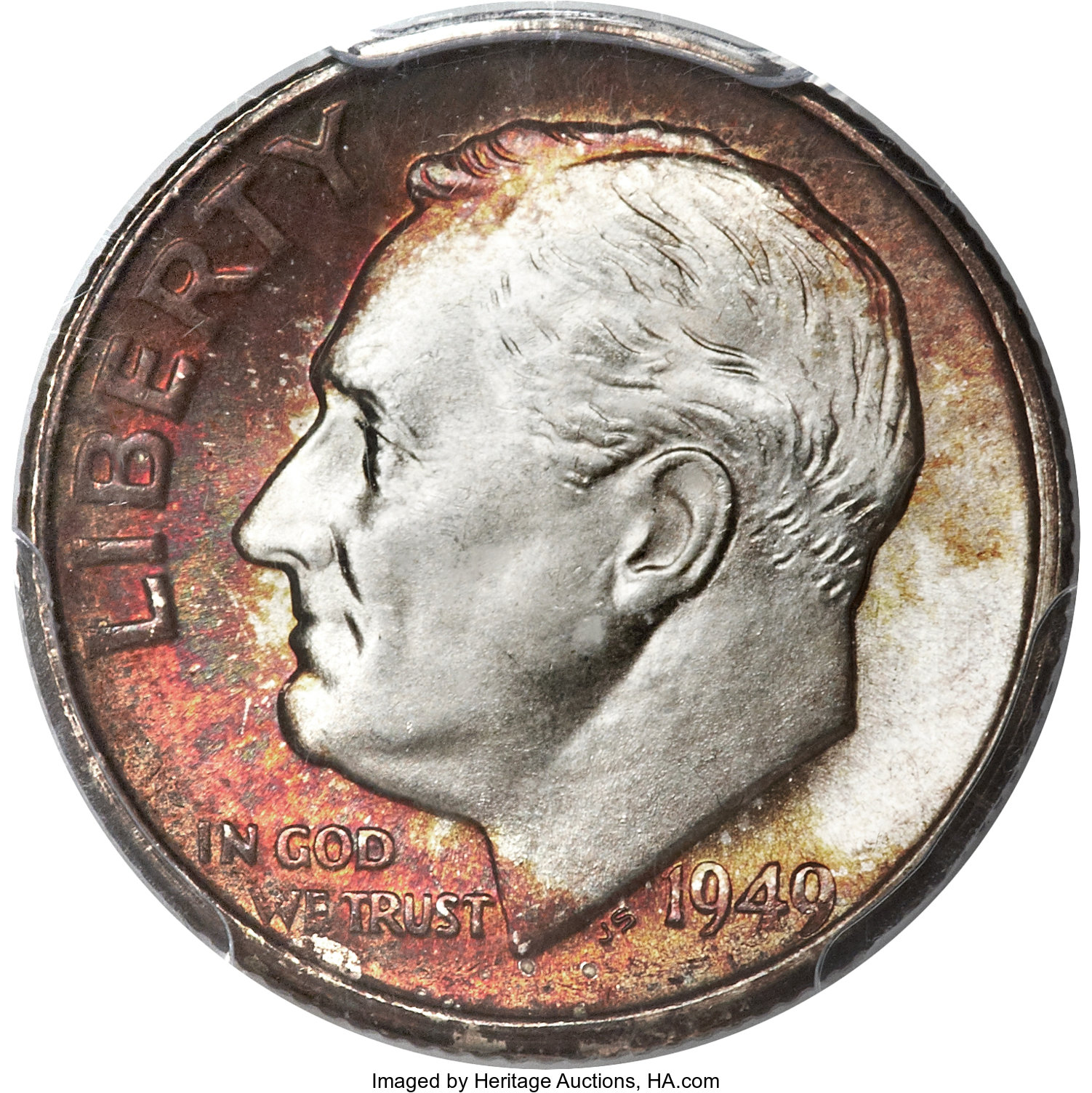 Roosevelt dimes are among the most underrated of all modern United States coins. Many collectors and dealers alike say the Roosevelt dime series, which began in 1946 and continues to this day, lacks enough “real rarities” to propagate an enthusiastic collector base. This perception may be why relatively few hobbyists pursue the series with gusto. But what many people are perhaps forgetting is the Roosevelt dime series boasts several lower-mintage issues and some fascinating varieties, including one of the most expensive copper-nickel clad coins around (more on that in a moment).

Still doubt Roosevelt dimes are worth pursuing? Consider the following:

All things considered, the Roosevelt dime is one of the most challenging modern series to complete if one includes the scarce varieties. Or you may skip the high-priced varieties and simply focus on building a set of regular-issue Roosevelt dimes. Yet, even then, the Roosevelt dime series poses some unique opportunities if you pursue collecting only Full Bands specimens. For example, the 1949-S Roosevelt dime with Full Bands (FB) is a scarce condition rarity in the top grades, with a population of just 17 in MS67. The CPG lists the 1949-S MS67FB at $1,380. The 1953 MS67FB is a similar toughie, and its $1,140 price tag reflects that. The 1955, 1955-S, 1957, 1958, and 1961 are also all four-figure coins in a grade of MS67FB.

So, what do you say? If you’ve been sparing Roosevelt dimes from your collection, don’t feel too badly, as you’re unfortunately not alone. Nevertheless, the Roosevelt dime series offers hobbyists a fantastic collecting venture with plenty of challenges to keep the objective of building a complete set colorful and exciting. As the series — for the most part — remains overlooked, now may be a great time to jump on some terrific buys while these opportunities are still around.

I have spent the last 10 years collecting PCGS - 67 FB silver Roosevelt dimes that are two sided toned; talk about a challenge. My collection is still not complete but I know I have some of the finest "Rooses" to be had and when new ones that I need are offered, it becomes a slug fest to acquire one. This series is, without a doubt, one of the most challenging of all modern series. Jump in for the time of your life. It's better late than never, Good hunting!!

When I was 11 years old (around 1975) I found a 1949-S, XF in circulation. This was a gigantic thrill for a kid! Since then Roosevelt dimes have held a special place in my heart.

I have collected Roosies for a long while now. I have a set in MS-67 and a set in MS-66 FT. Quite a lot of searching to find FT dimes.