What are the primary factors that make a gold coin worthy of approval at CAC? While I make no claims to being right all the time, after 10+ years of sending a large cross-section of rare date gold to CAC for approval, I generally have a feel for what the graders like and what they don’t like. 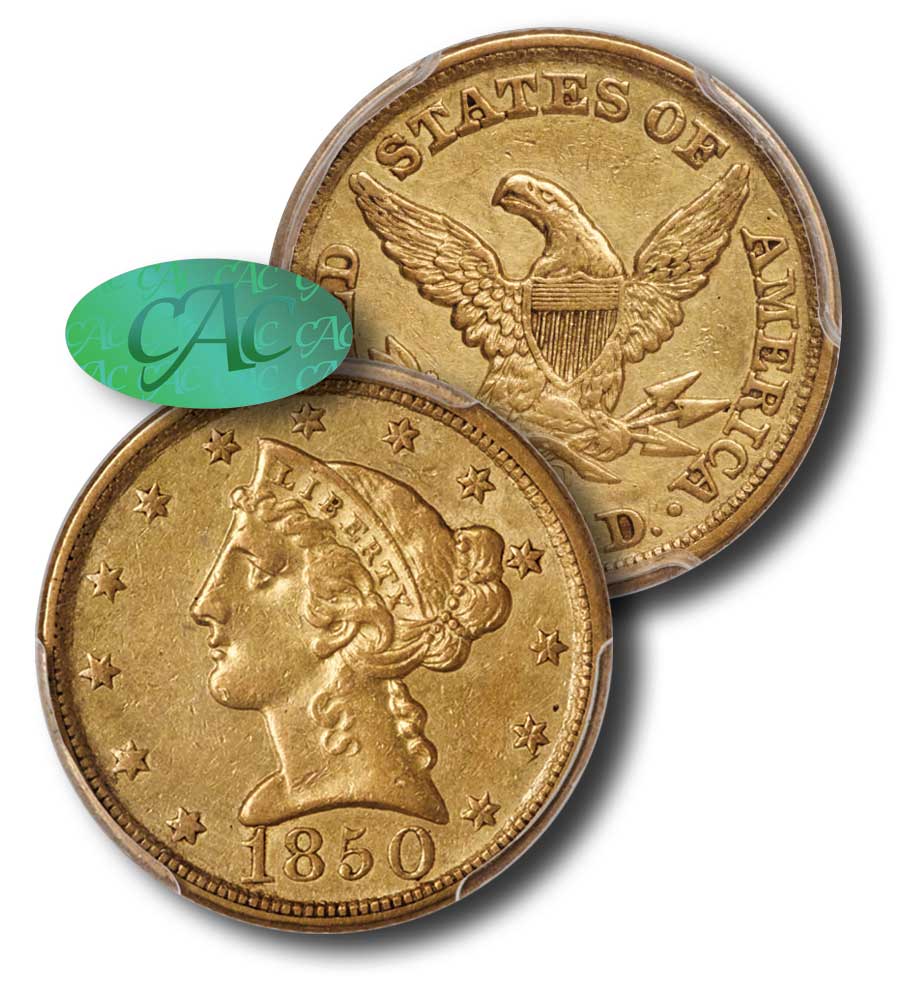 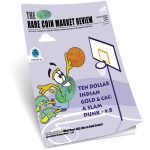 This article appeared in print in the November-December-January 2019-20 issue of the CAC Rare Coin Market Review. Click here for more information on this publication.

What are the primary factors that make a gold coin worthy of approval at CAC? While I make no claims to being right all the time, after 10+ years of sending a large cross-section of rare date gold to CAC for approval, I generally have a feel for what the graders like and what they don’t like. It should be pointed out that while I am an advocate for CAC (and an investor in the company), I do not grade for them and thus what I am about to write is strictly an opinion.

Let’s look at factors that disqualify or qualify a coin at CAC. To do this, I’m going to focus on what I describe as the Four Factors of Eye Appeal: strike, surfaces, luster and color. It should be pointed out, before we begin, that what applies to early gold does not necessarily apply to 20th century issues and vice-versa.

Strike is far and away the least important factor in determining if a gold coin has good eye appeal and if it is likely to earn approval at CAC. I have found CAC to be pretty tolerant of poorly struck but otherwise nice coins although there are certain issues which I have observed that CAC doesn’t necessarily understand the intricacies of strike (Dahlonega quarter eagles come to mind). In other words, they might reject a perfectly nice EF45 1855-D quarter eagle due to a strike that makes it look like a VF35.

There are some unique circumstances which might cause a poorly struck but very nice coin to be rejected by CAC. As an example, it is virtually impossible to get an Uncirculated 1911-D Weak D quarter eagle approved by CAC. I’m not sure if this is actual CAC policy or not but it makes sense to me that you don’t want to reward a poorly struck coin for its quality, especially when most examples of this issue come well defined.

In my experience, the quality of the surfaces on a U.S. gold coin is the single most critical factor in whether or not a specific coin will get approved by CAC. Coins with excessive bagmarks almost never get approved even if they are otherwise very choice. Coins with marks on prime focal areas are also likely to be rejected; an example of this would be a coin with a deep, detracting mark on the cheek of Liberty. Coins with dense hairlines will almost always be rejected but a coin with a “normal” amount of wispy lines might be approved if its grade allows for these.

One thing that never ceases to amaze me is how many slabbed better date US gold coins have been repaired and show evidence of metal having been moved; either on the rims or on the fields. These are obviously a “no go” for CAC as are random scratches, graffiti and severe planchet defects.

I have had some coins get rejected by CAC with natural marks which appear to the naked eye to have been done purposely but which are almost certainly random; an example of this would be two intersecting marks which form an “X” but which were not necessarily applied by hand. CAC will sometimes change their mind on such coins.

I find CAC’s understanding of the vicissitudes of luster to be their strongest point in analyzing a specific coin. CAC will reject a coin for having inferior luster for the assigned grade and this means that they are especially hard on coins grading AU58 through MS62. Current grading interpretations allow for MS61 and MS62 coins to show rub on the high spots and in the obverse fields but, in my experience, a very “rubby” MS62 will almost always get bounced by CAC.

The most difficult coins to determine if they will gain approval at CAC are ultra-original coins which as a result of storage might not display “blasty” luster. The good news is that John Albanese is a real connoisseur when it comes to coins with “old timey” looks and these coins tend to do well at CAC.

There are some issues which have different looks depending on when they were struck. As an example, 1844-O half eagles are known with satiny, frosty, semi-prooflike and prooflike finishes. CAC tends to understand the idiosyncrasies of these various looks.

20th century gold coins which are “luster bombs” tend to do well at CAC as they often have excellent eye appeal. However, a high-grade Indian Head eagle or a Saint with great luster but too many marks will, more often than not, be denied a sticker.

Coloration tends to be the most subjective of these four factors as what one submitter finds to be visually pleasing might not appeal to another. When it comes to gold coins, color plays less of a factor than it does for silver coins. That said, CAC tends to favor gold coins with pleasing natural color. In fact, they tend to forgive certain negatives on a coin if it has really nice color.

The concept of “originality” is much-abused in today’s rare date gold market and many of the coins termed as such by their sellers are not original. CAC is very good at determining if a coin is artificially toned but I have certainly seen coins approved by them with color which I believe to be added or enhanced. Conversely, I have sent coins to CAC with color which I strongly believe to be natural which are rejected by CAC.

The founding principle of CAC is that coins come in three basic levels of quality: A, B and C. The A coins are easy to determine and they will inevitably be approved by CAC while the C coins are also easy to spot and they inevitably will be rejected by CAC. The area which is open to the greatest degree of debate are the B coins; especially the ones which are fairly solid for the grade but they lack any appreciable quality (good luster, nice color, etc.) to make them stand out. These are the coins which I tend to disagree most with CAC on and it is inevitable that if I bought a coin based on liking it, I expect it to be approved by CAC.

I think CAC does a good job overall. They have made an effort to understand complex areas of the rare date gold market and ultimately, I find CAC approved coins in this market space to be nicer than those without CAC approval.

Subscribe to November 2019 edition of CAC Magazine for the industry's most respected pricing and to read more articles just like this.

Doug Winter is a noted numismatic expert and the owner/operator of Doug Winter Numismatics (www.raregoldcoins.com). He can be reached at (214) 675-9897 or via email: dwn@ont.com.

Excellent post. I have seen a few CAC coins that I felt had excessive bag marks but the lustre was outstanding. I don't know why they ignore strike as for me,a strong strike is eye candy especially when combined with high lustre. I've seen CAC coins with strike that to me was week for the grade. This is perplexing. I have some coins to send for CAC cert. One a beautiful 1904 double eagle. Not rare but really nice. The other coins are Morgan's and one exceptional 1965 Kennedy that needs slabbed that I acquired in 1985. My half eagles are nice but I don't think CAC will give a sticker. I heard sending modern gold proofs aren't worth it,is this true? Thanks for the info.