When writing my message for the last CPG® Market Review about the new record for a gold coin of any nation, which was set by the Brasher Doubloon at more than $9 million, little did I know that mere months later I would be writing about another record, this time an all-time one. 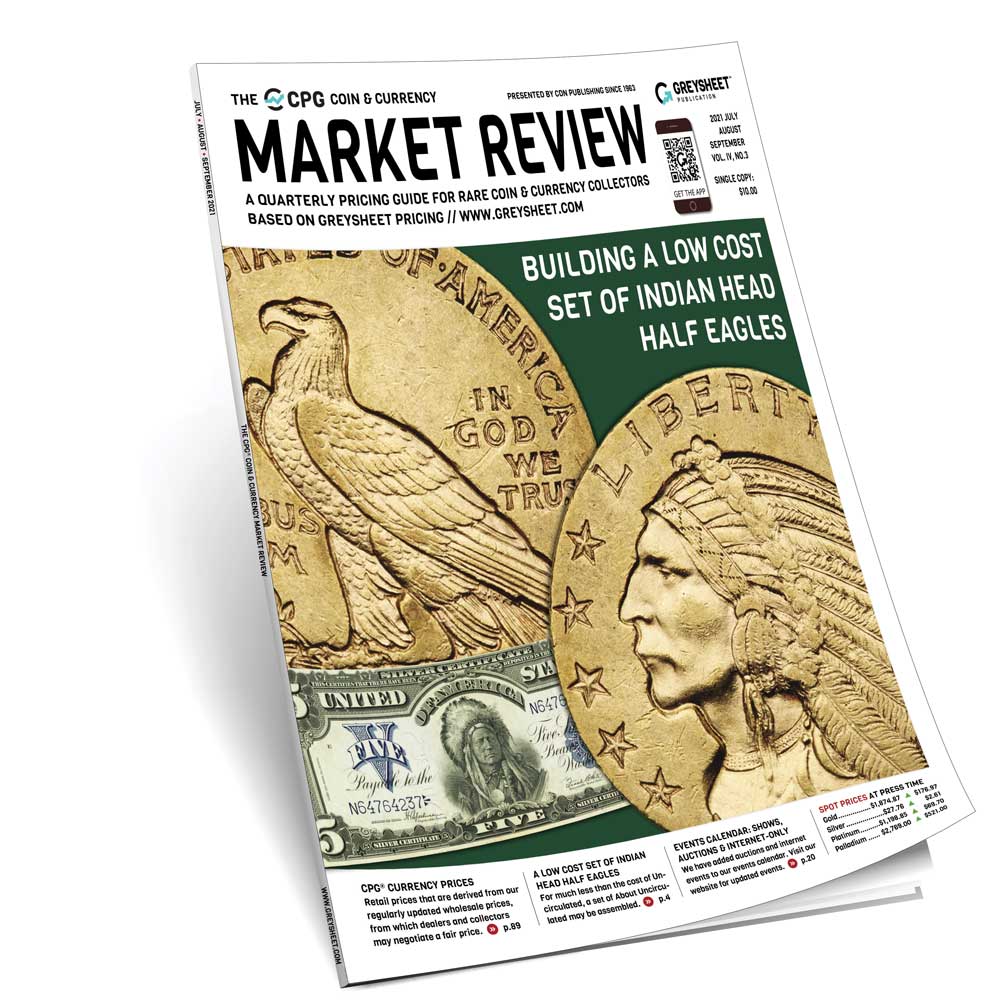 When writing my message for the last CPG® Market Review about the new record for a gold coin of any nation, which was set by the Brasher Doubloon at more than $9 million, little did I know that mere months later I would be writing about another record, this time an all-time one. At $18,872,250, the unique-in-private-hands 1933 Saint-Gaudens is now the most expensive coin ever sold. The seller, Stuart Weitzman, could not have had better timing. The rare coin market, especially for rarities, has been white hot, and while it is unknown whether this was the seller’s motivation or the date of the sale was predetermined, it worked out well to say the least. As I wrote three months ago, the current market conditions can make the decision to part with one’s collection enticing. Along these same lines, the upcoming FUN convention in July and the World’s Fair of Money in August will be important events for dealers to once again buy from each other en masse. The lack of inventory in the market is well-known, but what is interesting is that dealers are having a hard time sourcing even inexpensive coins. More than a few dealers have mentioned the lack of availability of $500 and cheaper items. It is more than likely that this will be alleviated to some extent with the opening of national coin shows as the public brings coins to sell, aware at least that the precious metals markets are up. Speaking of precious metals, collectors are having to pay record-high premiums for modern bullion coins, from silver to platinum. The wholesale demand as proven to this point to be insatiable, driving premiums ever higher. In the past, as the spot price moves higher the premiums generally tighten, but this has not been the case the first six months of this year. These higher premiums imply a broader base of buyers. Now that the inflation talk has spread to the mainstream, I expect this to continue. While it is usually true that once something becomes mainstream means that ship has sailed, more people will be entering the bullion market, and as first-time buyers they will potentially be unaware of the higher premiums they are paying in a historical context. It is a strong possibility this will sustain demand for the final six months of the year.

The most important update to this issue of the CPG® is the addition of green up p and red down q arrows to indicate price movement as compared to the previous issue. Numerous readers requested this addition so we are happy to make it available. While it seems as something simple on paper, it took a good amount of programming because our system is setup to show price movement in the Monthly Greysheet, which is published every thirty days. With the CPG® being published quarterly it took another set of code to compare the prices to what they were three months ago. Going forward, the arrows will assist collectors to evaluate market movement and see which coin series have been updated. We have also added these price movement arrows to the CAC Rare Coin Market Review, which will appear in the next issue.

Subscribe to July 2021 edition of CPG Market Review for the industry's most respected pricing and to read more articles just like this.