BY JOHN FEIGENBAUM, PUBLISHER The entire CDN family wishes to express their sincere Condolences to the Family of Leon Hendrickson. Leon, as we all knew him, was a gian 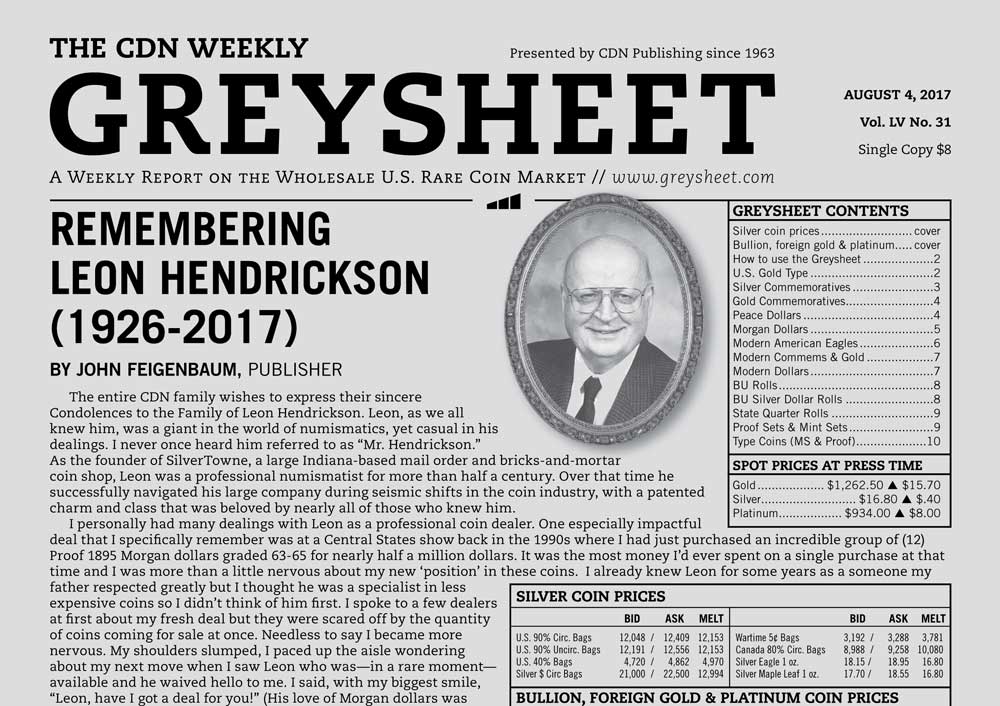 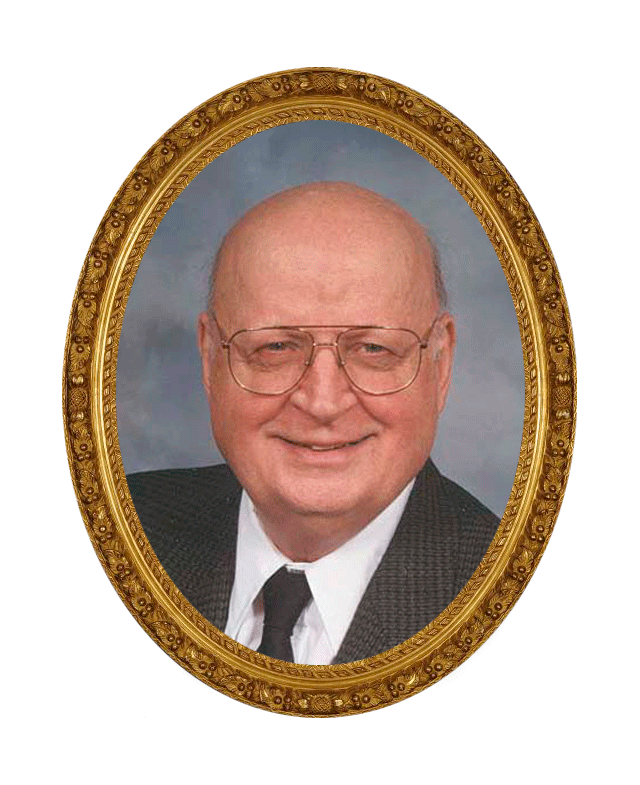 The entire CDN family wishes to express their sincere Condolences to the Family of Leon Hendrickson. Leon, as we all knew him, was a giant in the world of numismatics, yet casual in his dealings. I never once heard him referred to as “Mr. Hendrickson.” As the founder of SilverTowne, a large Indiana-based mail order and bricks-and-mortar coin shop, Leon was a professional numismatist for more than half a century. Over that time he successfully navigated his large company during seismic shifts in the coin industry, with a patented charm and class that was beloved by nearly all of those who knew him.

I personally had many dealings with Leon as a professional coin dealer. One especially impactful deal that I specifically remember was at a Central States show back in the 1990s where I had just purchased an incredible group of (12) Proof 1895 Morgan dollars graded 63-65 for nearly half a million dollars. It was the most money I’d ever spent on a single purchase at that time and I was more than a little nervous about my new ‘position’ in these coins. I already knew Leon for some years as a someone my father respected greatly but I thought he was a specialist in less expensive coins so I didn’t think of him first. I spoke to a few dealers at first about my fresh deal but they were scared off by the quantity of coins coming for sale at once. Needless to say I became more nervous. My shoulders slumped, I paced up the aisle wondering about my next move when I saw Leon who was—in a rare moment— available and he waived hello to me. I said, with my biggest smile, “Leon, have I got a deal for you!” (His love of Morgan dollars was no secret.) Even though the show was lifeless he perked up and inquired what I could possibly have. I think he would have enjoyed looking at VG 1881-S Morgans as much as the 1895’s. He just loved them. Anyway, I showed Leon my loot, and he instantly became as excited about the deal as I had originally been. Leon happily bought 7 of the coins from me with a check I could deposit the following day, which energized me in ways I cannot describe (as I still had 30 days to pay!). He gave me the courage to do more deals like that in the future and not fear a few negative responses from the naysayers. This was a huge lesson for me as a young coin dealer that I will never forget. Leon, may you rest in peace my friend.

The biggest market news of the week is the continued slide of non-CAC Morgan dollars in higher grades. Supply continues to exceed demand, especially for common-date CC’s and high grade better dates. Keep an eye on this series as we are not likely yet at the bottom.