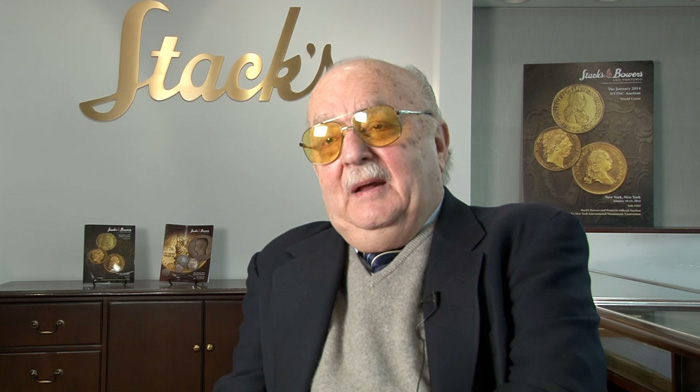 It is with great sadness we announce the passing of our friend and founder, Harvey G. Stack on January 3, 2022.


Costa Mesa, CA – It is with great sadness we announce the passing of our friend and founder, Harvey G. Stack on January 3, 2022. His leadership over the years spearheaded our operations and his kindness and mentorship to staff, collectors, dealers, numismatic organizations and colleagues will never be forgotten.

Harvey was born in Manhattan on June 3, 1928, the son of Morton M. Stack and Muriel Stack. He grew up in Bronx and Jamaica, New York and attended NYU. His life revolved around his family and around numismatics, as generations of the Stack family built upon the rare coin business founded in 1933 by Harvey’s father, Morton, and his uncle Joseph at 690 Sixth Avenue in Manhattan. Presenting their first public auction in 1935, Stack’s quickly progressed to larger premises and a growing reputation. Although as a youngster Harvey worked after school and during vacations at the firm’s Manhattan coin store, it wasn’t until 1947 that he went to work full time for Stack’s Rare Coins, a career that would last more than 70 years. As one of the second generation of family members to join the firm, Harvey worked alongside his father, uncle, and cousins Norman and Benjamin, supported by a staff of experts that comprised many of the most well-known professional numismatists of the 20th century.

In 1953 Stack’s moved to a gallery at 123 West 57th Street, a location that would be home to the firm for more than 60 years and become a popular destination, known as the “clubhouse” for collectors from all over the world. As a family member, Harvey’s responsibilities were wide ranging, assisting clients in the store, traveling to pick up collections and attend conventions and coin shows, cataloging auction lots, auctioneering, and any other work that needed to be done. He became an expert in many areas of numismatics and was able to translate his warm and jovial personality into long-term relationships with the collectors and dealers he worked with over his career.

The decades following World War II were times of great growth for Stack’s. Besides opening a new and improved location, they were tapped to present at auction many important collections including Anderson-Dupont, Davis-Graves, Charles A. Cass (“Empire”), R.L. Miles, Massachusetts Historical Society, Samuel Wolfson, and George Walton, as well as conducting public auctions in conjunction with major numismatic shows including the American Numismatic Association and the Metropolitan New York conventions. In the 1970s, Harvey’s son Larry and daughter Susan joined the firm, bringing in a third generation.

Harvey and the Stack family were instrumental in building some of the greatest collections of their time, including the cabinet of gold coins assembled by Josiah K. Lilly, chairman of the Eli Lilly & Co. pharmaceutical company. After Lilly’s death in 1966, his collection of over 6,000 coins became part of the National Numismatic Collection at the Smithsonian, a process aided by Harvey and other members of the Stack family. Over the decades, Harvey and the Stack family also built a relationship with Louis E. Eliasberg, Sr., who accumulated the only complete collection of United States coins ever formed. In 1976, when the nation was celebrating its Bicentennial, Harvey and the firm helped facilitate the display of Eliasberg’s incomparable collection at the United States Mint in Philadelphia.

Harvey Stack’s role in numismatics was not purely business. He fought for clearer import regulations on coins from overseas and testified before a congressional subcommittee leading up to the Hobby Protection Act of 1973. He worked with the American Numismatic Association and other professionals in the effort to develop a standardized grading system for coins. In 1996 he appeared before the U.S. House Banking Committee to propose the 50 State Quarters Program, which brought countless new collectors into the hobby. Harvey Stack served on the board of the Professional Numismatists Guild for nearly a decade and acted as its president for two years beginning in 1989. In 1993 he received the PNG's Founder's Award, their highest honor, for his dedication to the hobby. Over the years, Harvey was a great supporter of the American Numismatic Association, the American Numismatic Society, and the Smithsonian Institution. He was a long-term member of the International Association of Professional Numismatists, as well as numerous other numismatic societies.

As the 20th century turned to the 21st, Harvey Stack and Stack’s were still going strong, as Larry and Harvey brought to auction the incredible John J. Ford, Jr. Collection, and many other famous name cabinets. In addition, they partnered with Sotheby’s in the record-breaking sale of the first 1933 Saint-Gaudens double eagle to cross the auction block. In 2011, Stack’s merged with Bowers and Merena to create Stack’s Bowers Galleries, one of the top numismatic auction firms in the country and a company that continues the Stack family’s legacy of presenting important numismatic cabinets and realizing record-breaking prices. Harvey remained involved in the new business until the very end, telling the company’s history, mentoring staff members, and maintaining his relationships within the hobby. Most recently he and Larry worked with the estate of long-time friends and clients Mark and Lottie Salton to bring their outstanding collection of world and ancient coins to market. It is unfortunate that Harvey will not be there to see the fruits of his labor as this remarkable cabinet crosses the auction block in 2022 and 2023.

Harvey was predeceased by his parents, his uncle Joseph, his cousins Norman and Ben. He is survived by his wife, Harriet, children Larry (Loretta) and Susan (Larry), grandchildren Rebecca (Jimmy) and Matthew (Tanya), and five great-grandchildren: Bryce, Avery, Dylan, Brielle and James.

Services will be private. In lieu of flowers, donations can be made to the Leukemia & Lymphoma Society, the American Numismatic Society or a charity of choice. The family can be contacted at Harveygs6328@gmail.com.