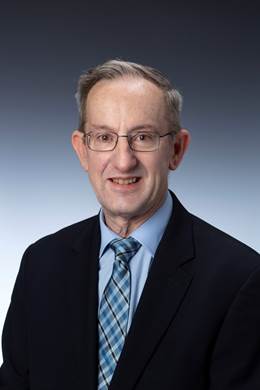 DALLAS, Texas (March 16, 2020) – Heritage Auctions Senior Numismatist Mark Borckardt received one of the highest individual honors within the hobby when he was named 2020 Numismatist of the Year by the American Numismatic Association.

“This honor is important to me,” Borckardt said. “This award validates my numismatic work over many years.”

A numismatist for 40 years, Borckardt has been at Heritage Auctions for 16 years. He was nominated for the award by Kagin’s numismatist David McCarthy.

First presented in 1995, the Numismatist of the Year Award was established “to recognize individuals within the numismatic community who have demonstrated long-term leadership in the field and to the Association,” according to money.org, the ANA website.

“Nominees must be ANA members who have clearly demonstrated outstanding leadership in the field of numismatics spanning a career of at least 20 years. Their accomplishments should have significant impact in the numismatic community.”

The list of previous winners during the first 25 years in which the award was bestowed includes some of the most notable names in the history of numismatics, including Eric P. Newman, Q. David Bowers, Chester Krause, Kenneth Bressett, Mark Salzberg, Ron Guth and Clifford Mishler, among many others.

The ANA will publicly honor Borckardt and its other award winners at the ANA Worlds’ Fair of Money Aug. 4-10 in Pittsburgh.

This an award well-deserved, with the recipient thoughtfully selected.