How Proof Coins Get Their Cameo Contrast

The United States Mint has employed the latest technology to create different finishes on their proof coins. This technique enhances the design and overall eye appeal of all proof coins now produced by the U.S. Mint.

The previous method of applying laser frosting to the dies to achieve the cameo contrast resulted in a very grainy surface that destroyed some of the design's finer details. This process selectively paints the die with varying degrees of frost that is accomplished via a high-powered laser. 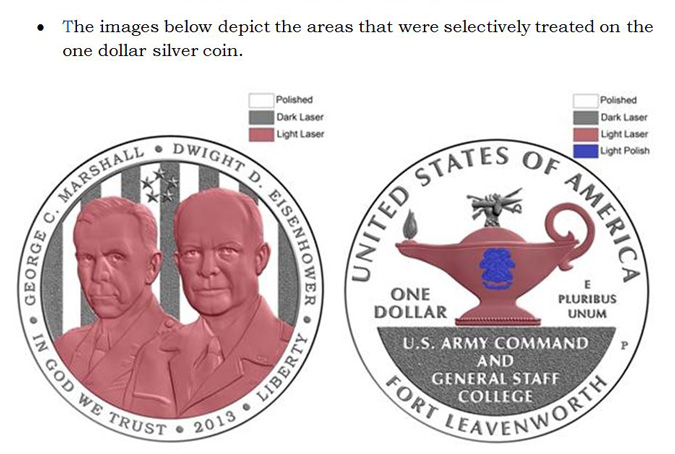 This image shows the areas on the 2013 5-Star Generals Commemorative Proof Silver Dollar that received the different types of finishes. The reverse on the coin illustrates this best because it uses four different types of finishes. The field (white) is highly polished using felt polishing pads. The lettering, foreground, and some design elements (gray) are dark or heavily frosted. A light, not so grainy, frosting is used on the lamp (pink), and the crest on the lamp is accentuated by using a light polishing (blue). 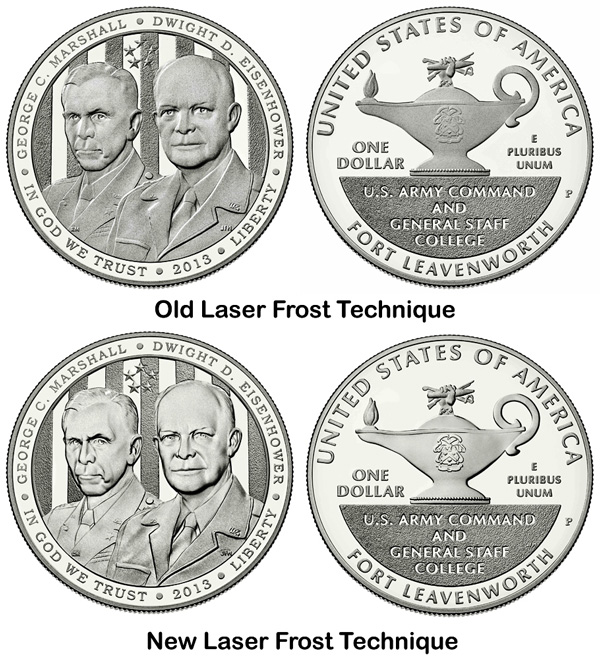 The United States Mint produced a proof 2013 5-Star Generals Commemorative Proof Silver Dollar using the old laser frosting technique to showcase the improvement that the new techniques brings to the proof product line. Instead of obliterating the fine details with the harsh laser frosting method, the finer details are now accentuated to make the design "pop" out of the coin. Pay special attention to the generals' uniforms on the obverse of the coin and crest on the lamp on the reverse of the coin.

Micro-Photography Reveals How the Mint Accomplished the New Finishes 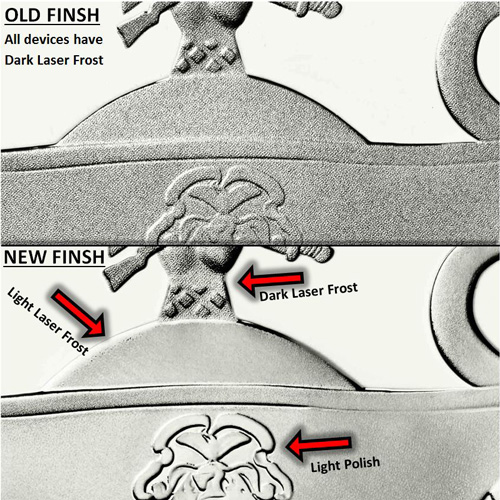 Comparing the same areas on the reverse of the 2013 5-Star Generals Commemorative Proof Silver Dollar to the experimental specimen (that used the old frosting methodology) it is easy to see how the new technique enhances the overall appearance of the coin. Notice that the field of the coin is highly polished to a mirror-like surface. The ornament on the top of the lamp uses a dark laser frost finish. The body of the lamp uses the light frost finish, while the crest on the lamp is highlighted by using a light polish. Click on the image to the left to see a larger, more detailed illustration of the four different finishes. 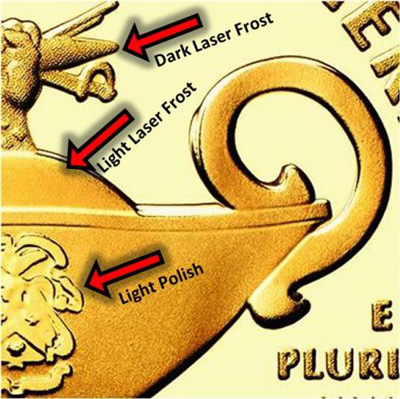 The 2013 5-Star Generals Commemorative Proof $5 Gold Coin was also selected to receive the new enhanced proof finishes. The field of the coin is highly polished to a mirror-like surface, just like the one dollar commemorative silver dollar. The ornament on the top of the lamp and all lettering received a dark laser frost finish. The body of the lamp was accentuated using a light laser frost, while the crest on the lamp is highlighted with a light polish. The light polish is not as reflective as the polishing method used to achieve the mirror-like surfaces used on the field. 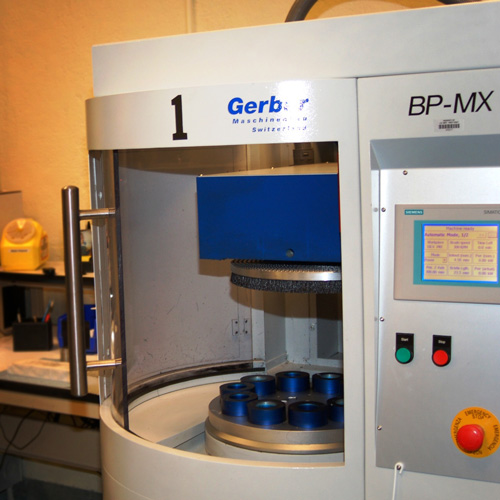 The devices on the coin that receive a light polish is accomplished through the use of a machine that uses horsehair to reach into the recesses of the die to accomplish the polishing process. The amount of reflectivity accomplished by this process is not as deep as the process that imparts the mirror-like surface on the field of the coin. 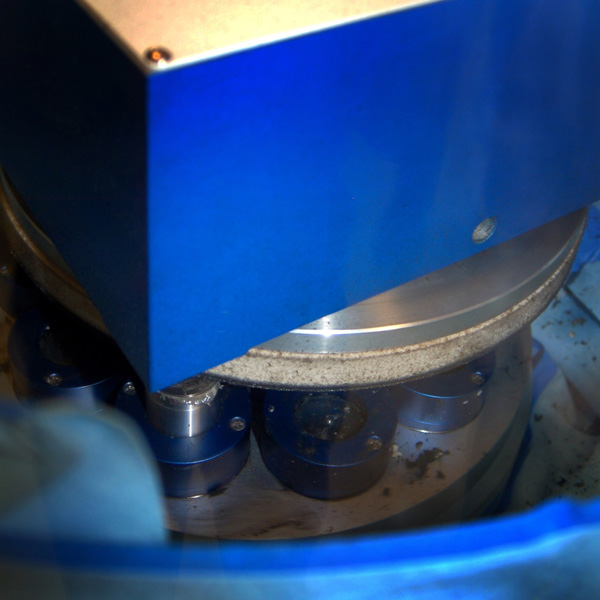 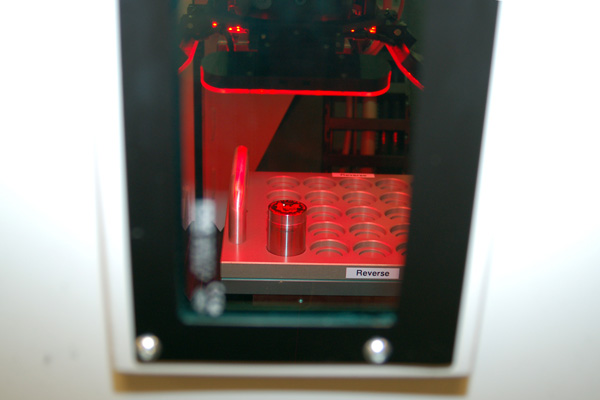