Is It Practical to Buy CAC-Approved Coins Without Paying Usual CAC Premiums?

In auctions and public Internet sales, CAC approved coins realize large premiums on average, but not in every instance. 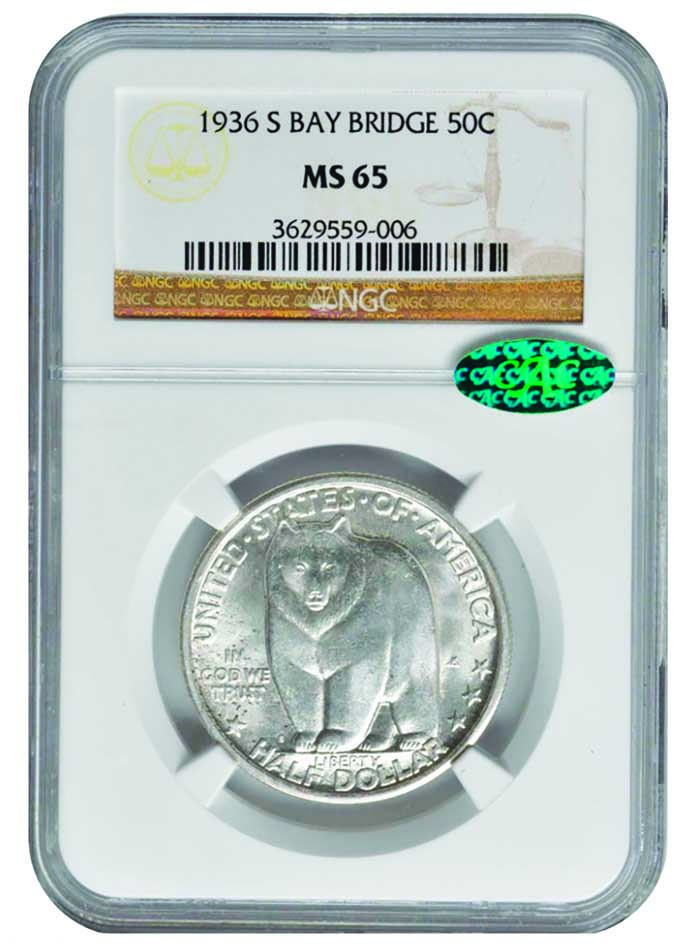 Is It Practical to Buy CAC-Approved Coins Without Paying Usual CAC Premiums? 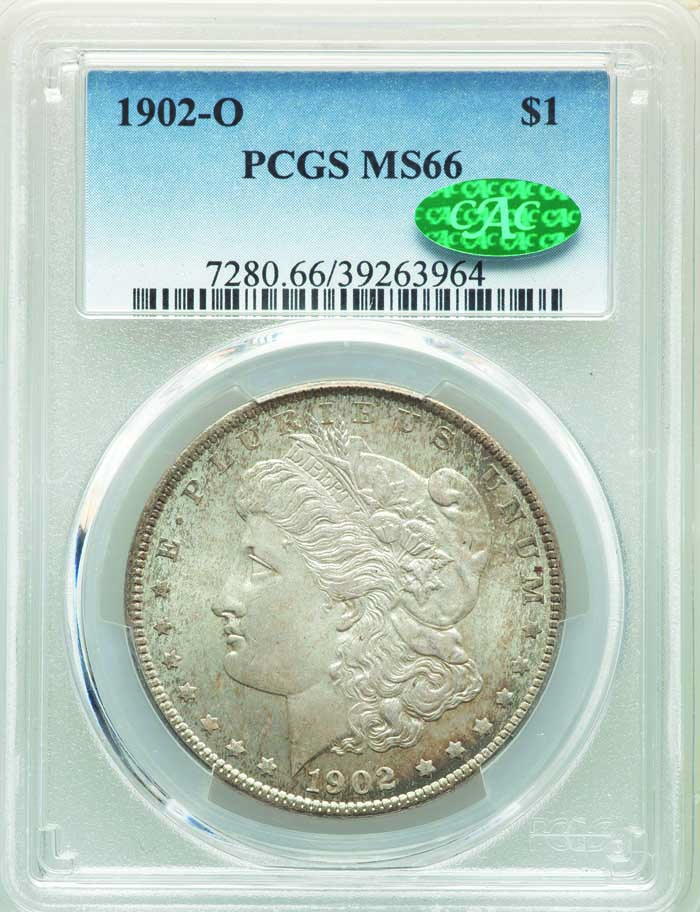 In auctions and public Internet sales, CAC approved coins realize large premiums on average, but not in every instance. An interesting question is whether it makes sense for collectors who seek CAC approved coins to attempt to purchase CAC approved coins for little or no premium over coins that have received the same numerical grade from PCGS or NGC and have not been CAC approved. In other words, does it make sense to spend time and expend effort to try to buy CAC approved coins without paying usual CAC premiums?

For rare or at least somewhat scarce CAC approved coins in auctions or public internet sales, premiums in the 15% to 40% range are frequently realized. Fairly often, premiums of 50% to 100% are paid.

In press releases issued each month by CAC, there are examples of premiums realized by CAC approved coins. John Albanese oversees the wording, format and final selections in the respective list in each release. I do the underlying research.

I have spent decades researching auction prices realized in general, beginning long before CAC was founded in 2007. Indeed, no one has had published more coin auction reviews than I have.

Most of my auction reviews feature analyses of prices realized and comments about specific coins that I examined. So far in 2020 in the Greysheet Monthly, I have discussed the auctions of the Rollo Fox set of Saints, the Doug Bird Collection of large cents, and remaining coins in the Pogue Family Collection. Over the course of my career, I have contributed more than 100 auction reviews, which typically include my opinions, to eight different numismatic publications. Nonetheless, I am not expressing my opinions here.

I am raising an issue regarding buying strategies and CAC premiums. Some collectors have formed erroneous impressions that CAC premiums are always realized or that auction prices automatically turn out to be market prices!

There is a limit to the number of hours that collectors and dealers can practically spend searching for and bidding upon coins in auctions and public Internet sales. Each buyer will participate in a limited number of instances and each human mind can actively keep track of a limited amount of information. Dealers just do not have time to carefully consider all of the coins being publicly offered, not even all of the coins pertaining their respective specialties. Collector participation varies and is unpredictable.

I interpret Greysheet “Bid” prices to be top wholesale prices, amounts that dealers who really want a particular item are willing to pay. Many wholesalers pay less than Greysheet Bid prices in private transactions with the idea of selling for Greysheet prices or other prices in the pertinent upper-wholesale ranges. 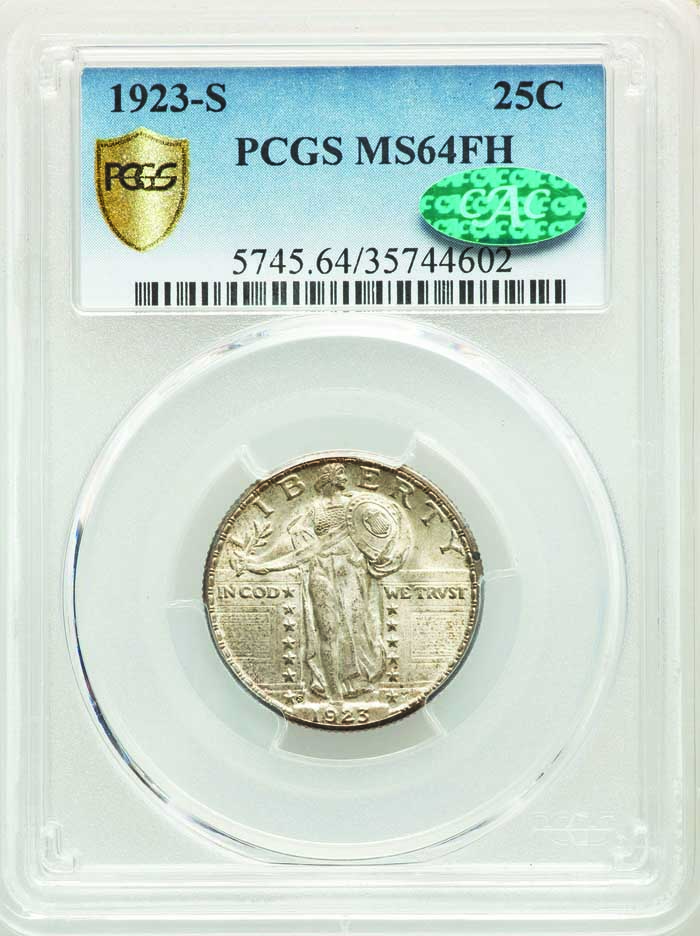 A wholesale price for a CAC approved coin may be less or around the same as a retail price for a non-CAC coin of the same date and type that received the same numerical grade from the same grading service. There is no simple formula for drawing conclusions about prices realized. To analyze auction results, there is a need to have an understanding of the current market environment plus much knowledge about the coin business in general, and an ability to interpret the coins themselves.

One objective here is to stimulate thought about coins and auctions. Another is to help inform buyers while emphasizing that is wrong to simply think of auction results as “market prices.” Examples are illustrations, for general educational purposes. There is not here a recommendation for or against any individual coin.

According to the August 2020 issue of The CAC Rare Coin Market Review, the CPG® CAC retail value estimate for a MS64 grade 1930-S nickel was $221. On August 5, the online Greysheet Bid for a CAC approved MS64 grade 1930-S nickel was $170. Therefore, the CAC approved coin that GreatCollections sold on June 14 may have been a really good deal that both collectors and dealers missed.

Also, no service is perfect. No grader or finalizer will ever “bat one thousand.” It does not make sense to draw conclusions about the quality of a coin without precisely examining its physical characteristics with magnification, in a darkened room. Grading services provide opinions and certifications lessen risk. Any certified grade, however, should not be taken too seriously. It is logical to think about how each specific coin would be or should be interpreted outside of any holder.

Subscribe to November 2020 edition of CAC Magazine for the industry's most respected pricing and to read more articles just like this.

I agree. I would add that the Proof Walking Liberty Half Dollar series (1936-42) is a classic case of how CAC stickers can skew the value of a coin. Many of these coins were placed in cardboard holders or in cabinets after purchase. The resulting toning is often of the ugly brown spotted variety from chemicals that came in contact with the coin. Even when toning is attractive, it almost never equals the kind of toning seen in the Morgan Dollar series. But, the grading services have a difficult time assessing toning. Thus, a particular half dollar can be graded Proof-68 and exhibit unattractive toning, yet still get a CAC sticker. In some cases the strike is weaker than lower graded coins without toning. Also, the lack of toning often hides evidence of haze and spotting. Take a look at the top registry (CAC) sets in PCGS and NGC and you will see the point immediately. As a clue, check Liberty's left hand for roundness and finger hi-definition on the obverse and the leading edge of the Eagle's trail leg on the reverse. If you see feathers on the leading edge equivalent to those of the Eagle's right leg, you have a premium strike. I do not see CAC (or PCGS/NGC) paying much attention to these aspects.