By Joshua McMorrow-Hernandez, Editor Big Mac tokens, also known as MacCoins, were the toast of the town over the weekend, as McDonald&#8217;s celebrates the 50th annive 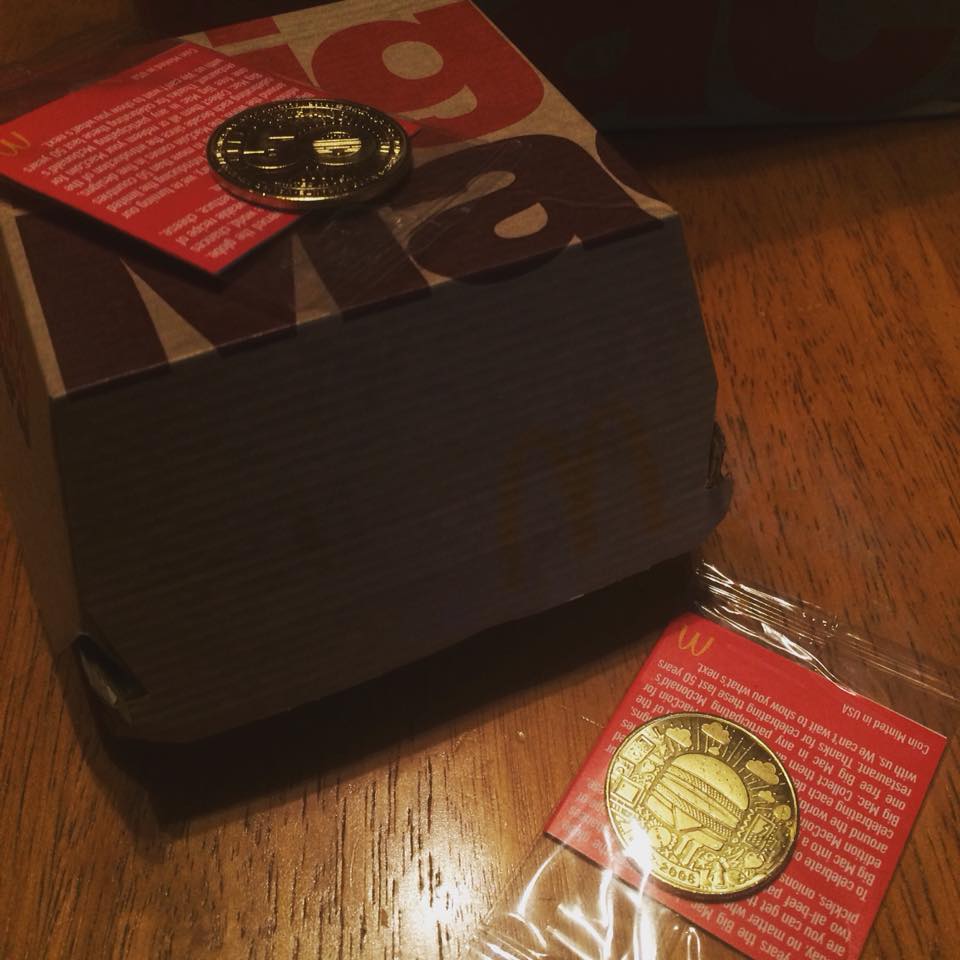 Big Mac tokens, also known as MacCoins, were the toast of the town over the weekend, as McDonald’s celebrates the 50th anniversary of its iconic Big Mac hamburger with a set of five brass tokens, each token representing a decade of the double-stack burger’s existence with designs symbolizing the 1960s, ’70s, ’80s, ’90s, and 2000s. In what seemed the equivalent of getting an adult version of a Happy Meal, I gleefully ordered a Big Mac, fries, and Coke and received my brass token as a prize. In fact, I ordered a few more Big Macs just to get a few more tokens.

The brass MacCoins were given away to customers as a freebie offer. Each can be redeemed for a free Big Mac. But they’re not redeemable for cash, and McDonald’s officials say they will not give out tokens that are “cashed in” for Big Macs – no plans have been announced yet on what the restaurants will do with the spent tokens. But as far as I’m concerned, they won’t need to worry about what to do with mine. I’m keeping them!

But what to do with my MacCoins? Well, apparently they’ve become an instant collectible among numismatists, many of whom love exonumia material such as tokens like these. Word began spreading that Numismatic Guaranty Corporation (NGC) had already certified some MacCoins. And they’re going for a pretty penny, too. On eBay, MacCoins are listed for between $10 and $40 apiece, with 5-piece sets going for a minimum of $50. One lot of 73 MacCoins has a Buy-It-Now price of $649.84, which leaves me wondering what this individual did with his or her 73 Big Macs (a nice donation to a homeless shelter or food kitchen, maybe?).

Then there’s the big question owners of MacCoins want answers to: are Big Mac tokens better left “raw,” slabbed, or in OMP – “Original McDonald’s Packaging,” that is. For some insight on the matter, I invited people on the CDN Publishing Facebook group and Instagram feed to provide me with their two cents…

Carol Young of the Pawcatuck Valley Coin Club in Pawcatuck, Connecticut, says to keep MacCoins in their original packaging. “My 2000 Lincoln cents that came in boxes of Cheerio’s are worth $12 each because they are in the original package! If I had found the $1 coin I would have also kept it in the package!”

John Zieman of Z-Man’s Coins in Spring Hill, Florida, agrees. “Leave in original packaging, remember with something like this, what it’s in can be as important as the item itself…”

Of course, what would a discussion about Big Mac tokens be without a little humor? For that we turn to CDN Publishing Facebook group fan Armstrong Raup’s parting thoughts on the matter: “Go ahead and eat it – it will do less harm than trading it for a sandwich.”

I might need some Kaopectate after eating my MacCoins…